Hautetalk: As A Nari, My Shakti Does Not Feel Supported When Rapists Get Easy Bail, Employment, And Warm Welcome Back Into Society

As per the official statistics and crime data from 2019 and 2020, about 77 to 88 rape cases are reported in India on a daily basis. This means that a rape is reported every 16 minutes and these are just cases that are reported and we’re all aware of the large number of cases that go unreported in our country. Over the years, we’ve come across several brutal rape cases and every time we see a heinous crime, we all unite and step out for candle marches and talk about women’s safety and urge the authorities to make quick arrests and convict the rapists but soon after, we forget all about it and walk our ways. But the real problem is that why does it take a brutal crime for us to be united and talk about women’s safety? Having said that, it looks like this country going to the dogs.

Recently, the rapists of Bilkis Bano were released and welcomed back into society. And not just that, they were welcome with sweets and garlands and this shameful act was recorded and went viral on the internet. Though Twitter was outraged due to this, what are the keyboard warriors really going to do about it? In yet another horrifying case, a rape accused out on bail raped the victim again and threatened her to take the case back. But wait, there’s more. A man who allegedly threatened to “cyber rape” Uorfi Javed was released on bail and the actress spoke up about it and said that this makes her feel unsafe. Well, TBH, this makes all of us women feel unsafe. To live in a world where rapists are being welcomed with sweets and garlands and getting bail, how are women supposed to even feel safe?

Was Bilkis Bano’s Rape Not Brutal Enough For Us The Protest Against The Release Of Her Rapists?

During the 2002 Gujarat riots, 21-year-old Bilkis Bano, who was then 5 months pregnant, fled from her village, Randhikpur with her 3-year-old daughter and 15 family members and took refuge in Chhaparvad district. Days later, they were attacked by some people who raped and brutally assaulted Bilkis, her mother and 3 other women. Bilkis was gang raped at the time when she was 5 months pregnant and the rapists killed her family members as well as her 3-year-old daughter. They also attempted to kill her and left her when they thought that she was dead. After much struggle, Bilkis was able to register a complaint against the perpetrators. A total of 20 people were accused of the crime of which 13 were found guilty and 7 were acquitted due to lack of evidence. 11, of the 13 convicted of the crime, were awarded life sentences. 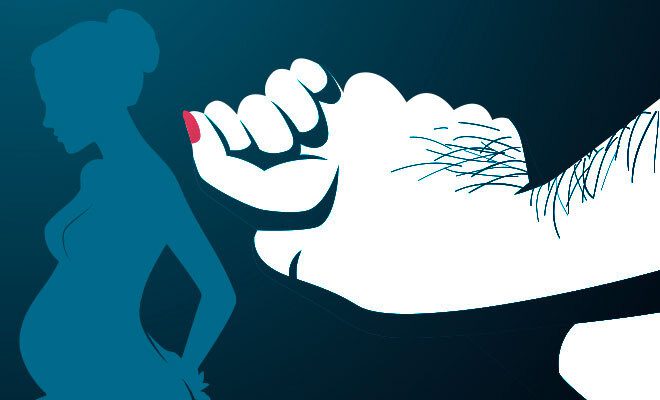 Now, here’s the thing. There was a severe outcry amongst the public during the Nirbhaya rape case but the same public has nothing to say about the brutality of the Bilkis Bano rape case and the release of her rapists, really? Despite knowing the brutality of the case, I don’t see any candle marches or anything happening. Yes, there are people up above who are calling it out but what happened to all those who protest and demand the arrest of rapists to make India safer for women? Where are all those activists? Why are they suddenly so silent?

Why Is Rape Not Heinous Enough For A More Severe Punishment?

The usual punishment for rape is 7 to 10 years and this is much lesser when the culprit is a juvenile. Why is rape not heinous enough for capital punishment or a life sentence without any leniency? Why are rapists not shamed, looked down upon and punished severely? Why do they get to get out of jail over “good conduct”? Does their “good conduct” in jail change the crime they have committed? So, men can rape women and then get out of jail due to “good conduct” while a woman has to live with the trauma of the crime committed against her. A woman has to carry that pain for the rest of her life while the man or men who did this to her just get away with “good conduct”? Why? The Indian system understands their “good conduct” in prison but what about their conduct outside of it? Does good behaviour in jail undo what they did to their victim? Does it change the fact that they committed a crime much much more heinous than murder when they violated the body and soul of a woman? Do men like that deserve to be allowed back into society? While a woman lives with the fact that her body was violated for the rest of her life, a few years in prison is all it takes for a rapist to redeem himself and be welcomed back into society. Is this what we call justice?

There are 5 types of punishments that are considered when a crime happens. The first one is retribution, an eye for an eye. This is mostly capital punishment. The second is deterrence, which is a punishment aimed at preventing future crime. It is usually when an example is set to prevent similar crimes. Then comes rehabilitation, this type of punishment is aimed at rehabilitating the criminal and altering his behaviour to prevent future crime. This is the form of punishment used in juvenile cases. Incapacitation is a way of preventing a crime by removing the criminal from society and restoration is a way of ensuring that the offender makes amends to the victim which is mostly used in civil and family cases where compensation is given to the victim. Now, the question is what punishment are we giving rapists when we release them after a few years? Are we trying to rehabilitate adult men who raped a woman? Because as far as I understand, it is not possible to rehabilitate men who do not respect women and consider them as objects and use them as and when and how they please. Since there is no way to restore a woman’s bodily autonomy which was violated during rape and retribution is not being sought, what kind of punishment do these rapists get when they are not even made an example of and neither are they incapacitated? They are let out, back into society after just spending a few years in jail. Will the release of these hardened criminals deter others from committing such crimes in the future? Can these hardened criminals be reformed and taught to respect women? I don’t think so. A man who willingly violates a woman’s body cannot be forgiven, forgotten or reformed.

How Are Women Supposed To Feel Safe Or Empowered In India?

Recently, a rape accused who was out on bail, raped the victim again and threatened her and asked her to take the case back. Has this not taught us anything at all? Had the law not let this rape accused out on bail, he would not have violated the body of his victim once again. How is this woman, the victim supposed to trust the system after it let her rapist out who then raped her again? How is any woman across the country supposed to trust the system or feel safe when rapists are being released on bail and getting early release and are being let out in the open in our society? In a country where women feel unsafe in streets, offices and their own homes, how is allowing rapists back into society going to help? Is that how India is empowering women and ensuring women’s safety? Bail and early release of rapists are supposed to deter others from committing a crime that is about power? A crime that showcases that a man is more powerful than a woman as he destroys her soul and violated her body and mind for the rest of her life?

Also Read: Man Out On Bail Rapes The Same Woman At Knife-Point, Friend Makes A Video. Why Are Rapists Out On Bail?

These 11 who are being welcomed with sweets were sentenced for life by the court but released by the govt for gang-raping a pregnant muslim woman, Bilkis Bano during 2002 Gujarat riot. They had also killed her 7 family members, including her 3yr daughter. pic.twitter.com/UqzTed5bbO

How am I supposed to ever feel safe? The release of Bilkis Bano’s rapists and the warm welcome they received is a big slap on the face of our entire gender. And I want to know how are the police and the judiciary going to ensure that these convicted rapists do not commit the same crimes again. I want to know how is our country going to ensure that they do not wreak havoc on womenkind all over again. And if they do, who should we hold responsible? The police? The judiciary? The government? Society? Or will women get blamed again for living in a society where rapists exist? Or will they get blamed for stepping out late at night? Or wearing jeans?

If there’s one thing you do today, listen to Nirbhaya’s mother on the remission granted to the 11 gangrapists in the Bilkis Bano case. She was on @PreetiChoudhry’s show yesterday. pic.twitter.com/iDJ9h6zW19

“They are Brahmins,Men of Good Sanskaar. Their conduct in jail was good": BJP MLA #CKRaulji who was on the panel that recommended release of 11 convicts who gang-raped #BilkisBano & killed her child. @ashish_ramola from the ground.
Full interview here: https://t.co/uyPBGyRRnr pic.twitter.com/WRWZ6PjVMh

On Independence Day, my mother asked me to wake up as the country was celebrating our freedom and feeling patriotic and even in that state of deep sleep my reply to her remarks was that I will wake up and celebrate independence and freedom when I get actual freedom as a woman. And when my mother asked what more do I want, I replied, “The same freedom that men in India have, to step out of my house without fearing that I will be ogled at, molested, eve teased or raped. The day that happens is when I will celebrate freedom and independence and until then I am not free.” Sahi toh bola, hai na? While our government calls for women empowerment and Nari shakti, the mental peace and safety of women are being ripped from their hands as rapists are being let back into society with sweets, garlands, jobs and humanity that they do not deserve since they failed to show humanity to a woman when they violated her body and soul.