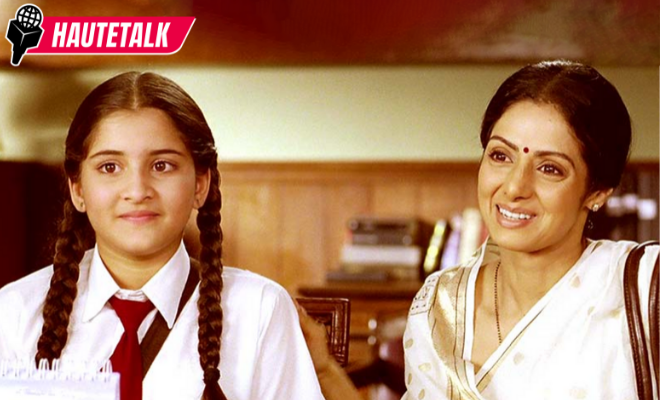 Hautetalk: CBSE Claims ‘Emancipation Of The Wife’ Is Why Kids Lack Discipline. Could You Please SHUT UP?

Okay, I am ENRAGED! Like I cannot even begin to tell you about the storm brewing in my mind right now. Everything about this screams sexism and it’s making my blood boil (quite literally)! Even as I write this, there’s a string of choice words coming out of my mouth for the Central Board of Secondary Education (CBSE) and the person who wrote this! I know, I know, y’all are probably wondering, what is that she’s so pissed off about? Well…it’s this absolutely outrageous comprehension passage that appeared in the CBSE class 10 English examination. Now, before I continue my rant, take a look at this garbage that young kids are being exposed to.

This outrageously nonsensical reading passage appeared in the 10th CBSE board exam paper today. What are we teaching our children? CBSE has to give an explanation and tender an apology for inflicting our children with this.@Jairam_Ramesh @jothims @kavithamurali
Extracts follow+ pic.twitter.com/QInuqaBAaE

Everything about this comprehension on parental authority and discipline reeks of the misogyny that our society is steeped in. Honestly, the first sentence is problematic in itself. “Teenagers live in a world of their own” — Oh, aisa kya? We had no idea! Also, where is this different world? Another dimension perhaps? And then the writer of this essay explains how the man is the ‘master of his own house’ while detailing how it’s a woman’s responsibility to discipline children but at the same time her authority depends on the husband.

Also Read: Delhi HC Observed That A Child Has The Right To Use Their Mother’s Surname. We’re Glad This Has Been Said!

“It was always her best plan, therefore, to fall back on the authority of an absent husband. It was only by accepting her husband’s sway that she could gain obedience from the young. The decision might be hers but the unpopularity was his,” reads the essay. Aww poor father, who contributes probably zero to childbearing or rearing, and the one thing he can offer to this job, his authority and discipline, and even then we’re worried about his ‘unpopularity’ here? It’s hilarious how this essay wants us to take it seriously. Then why make the upbringing of a child solely a woman’s responsibility?

A woman should first put up with 9 months of hormonal chaos and mess up her entire body and go through the pain of childbirth to have a child, put her career (if she is ‘allowed’ to have one) on the backseat and then take responsibility for the upbringing of the child all alone and then get blamed if she tries to have her husband shoulder some of the bad press that comes with being a parent?

What about a father’s responsibility as a parent? Oh, but he works, we can’t hold men accountable for their own actions so, how can we hold them responsible for kids? Right? I mean after all, ‘men will be men’. They need a woman to ‘fix’ their lives because thanks to this society, they’re just overgrown kids that are adopted by women who marry them. So, expecting them to take the responsibility of co-parenting a child is just asking for too much.

In any case, men only get to take the credit for all the good things that their kids do. We always hear about Sharma ji ka beta/beti but never about Sharma aunty ka beta/beti. And what is this deal with ‘decision might be hers but the unpopularity was his’? Nahi, kya mahaan kaam kar diya? OMG! The poor absent father had to put up with being unpopular with his kid and take all the blame. Uff, bechara.

Another excerpt from the essay read, “Wives stopped obeying their husbands and that is the main reason children and servants are indisciplined. Women gaining independence is the main reason for a wide variety of social and family problems.” EXCUSE ME? What on earth is this drivel and why are we employing educators who want children exposed to this kind of crap? And if you thought this is it, you couldn’t be more wrong. There’s more nonsense in this comprehension. I mean, it makes me think this is an excerpt from The Handmaid’s Tale!

"in a perfect world wives must obey their husbands".

“In twentieth-century children became fewer and the feminist revolt was the result.” Sigh. I am so tired because of holding back all the anger. First, there are 7.9 billion human beings on this earth and we don’t need more kids. Second, why does female bodily autonomy scare you so much? What is wrong with a woman consciously choosing to not have too many kids? Are women just baby-making machines? And what exactly do they have against ‘Feminist Revolt’ here? What are we doing? Burning down houses or men for witchcraft? Oh, wait…that’s something men did to women! And continue to do it even today, except with different methods. Today, social media is pretty much a witch hunt, where women are persecuted through patronising, condescension, trolling, rape and death threats for voicing their opinions. Because how dare they? And now we’re teaching kids in school to hate the very feminist movement that brought basic civil rights to half the world’s population? Real nice, guys.

“Married women now retained their identity and some of them even pursued separate careers; and most men welcomed the change, readily dropping their role of an infallible tyrant in the home.” Wow, just wow! A married woman retaining her identity and pursuing a career? OMG! What a crime! Oh no, wait. That’s a sin. Unforgivable. How dare she? But hold on, men did welcome all this. They did us such a huge favour. We can never thank them enough, girls.

Another problematic thing to note here is how the author promotes fear-based parenting. Pointing out that the men have happily dropped the role of a tyrant, the author has blamed women for allowing it to happen. Because hume toh bas ghar pe ek Gabbar or Mogambo chaiye. Why would we need to teach kids logic and reasoning when fear does the job? But TBH, the best part of this comprehension is this — ’emancipation of the wife destroyed the parent’s authority over the children’. Maybe if the parenting style would have been more inclusive of the father’s role from before, it wouldn’t have come to this?

At this point, even calling this author a ‘male chauvinist’ also wouldn’t be enough. I just have one thing to say to the author of this essay – SHUT UP!

And to the CBSE, which is permitting such passages into exam papers, shame!

Assam Woman Thrown Out Of Shop For Wearing Jeans And Not A Burqa. This Moral Policing Is Tiring!