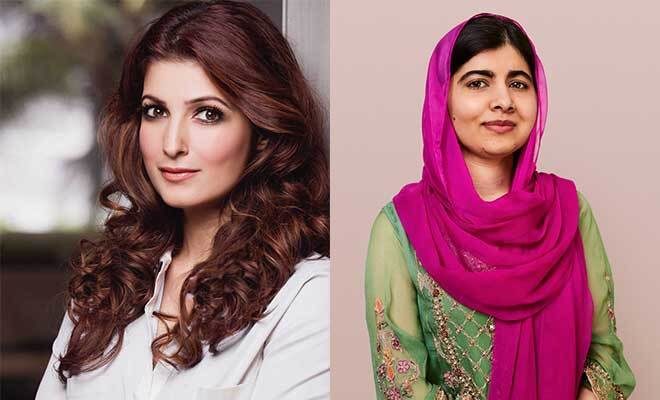 Twinkle Khanna Talks About Malala’s Marriage, Says Women Are Always Dealt The Short End Of The Stick In The Public Eye. We Agree!

Marriage is something very complicated yet it can be one of the most beautiful and easy things if you have the required compatibility and understanding with your partner. However, compatibility does not equate to agreeability. Essentially, while it is important to agree on the important aspects of life, it is okay to have opposing views and have healthy discussions about it with your partner. Moreover, it is important to be able to agree to disagree with each other. Twinkle Khanna seems to agree with this as she talks about her having ‘opposing views’ from her husband, Akshay Kumar. 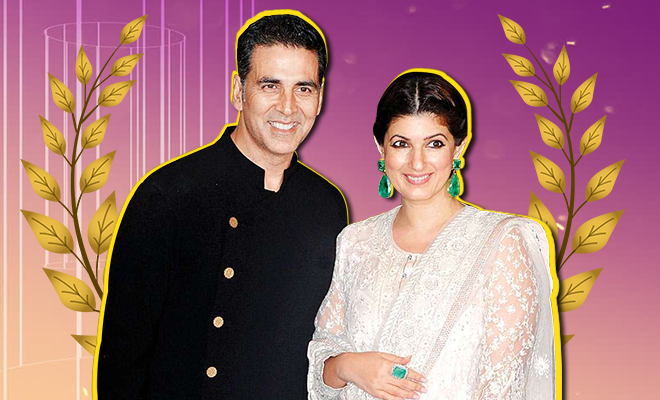 Twinkle Khanna wrote a blog about how women are always questioned about their marriage regardless of their achievements and independence in life. In her blog, Twinkle talks about her opposing views from Akshay Kumar saying, “If I paid attention to the comments thrown my way, then either I should get a divorce because my partner and I hold opposing views on multiple issues or wear a sari and gyrate to Tip Tip Barsa Pani on alternate weekends to keep the marriage alive.”

She also spoke about the very unnecessary trolling that Malala Yousafzai had to endure by the netizens when she got married. Twinkle Khanna said, “It doesn’t matter if you are an icon like these women or the only people following you are the 22 members of your extended family on Instagram, you will all be judged.”

Also Read: Twinkle Khanna Is Done With ‘Forgiving Pyjamas’ And Wants To Wear Bodycons And Crop Tops Again. We Can Relate

She continued on about how there are constant familial and marital expectations from a woman regardless of her stature in her life. And as a woman, I do agree with her. “If you are single, you better get married. Married, then where are the children? Working women, aren’t you neglecting the kids? If you don’t work, then you are setting a bad example for the same brats. Do you agree with your husband? You are such a doormat!  And if you disagree, then why are you still with him? Those lines on your forehead make you look like a dadi amma! Are you using Botox to wipe off the wrinkles? How fake! And if like Malala, you change your mind, which should be a natural progression of growing older and hopefully wiser, then you are clearly a fraud.”

Twinkle Khanna even mentioned singer Adele. She talked about the constant speculation on Adele’s weight (and recent weight loss) despite her talent and achievements. She also talked about her own struggles with the weighing scale, “…for the last 24 years, the weighing scale and I have had a daily conference where the numbers mock me and I get off and eat a cookie in despair.” Twinkle joked saying, “In my opinion, Malala must join Adele in crooning, ‘I was still a child. Didn’t get the chance to feel the world around me. Had no time to choose. What I chose to do. So go easy on me.”

I completely agree with Twinkle Khanna. A woman is more than her husband and family. Her dreams, ambitions and achievements are just as important as a man’s. Moreover, people are allowed to change their minds. I sure don’t have the same perspective on life as I did 2 years ago, even. And I am sure you are the same. Then why was Malala unnecessarily ‘called out’ on just changing her mind based on the situations in her life? And why was Adele shamed for her body and then ALSO shamed for losing it? Is that really hypocrisy or simply evolving with time?