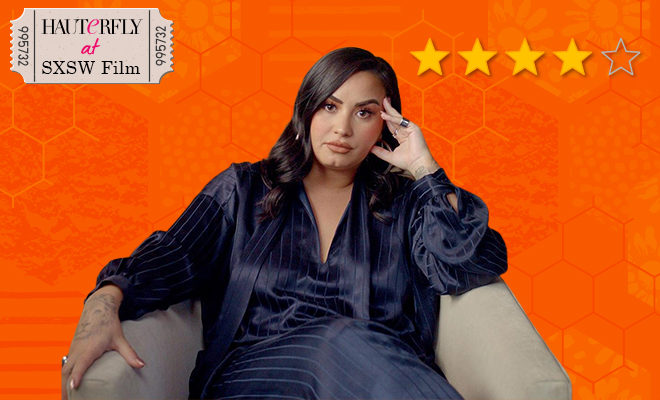 ‘Demi Lovato: Dancing With The Devil’ Review: 5 Revelations And A Wake Up Call For How We Treat Young Female Celebs

We’ve seen enough stories of rising stars who shone too bright and then burned out because they couldn’t handle all the heat. In Bollywood, these stories are tiptoed around in blind items. But there’s no dearth in the West of young celeb lives lost to substance abuse and the failure of handling fame at a tender age. But whose failure is it? Is it the 20-something female popstar’s who had to constantly suppress her true self and smile and laugh for the camera and the audience? Or is it the society’s that is so harsh with its celebrity culture, especially when it comes to young female stars? Demi Lovato: Dancing With The Devil, a docuseries that opened the SXSW Film Festival on Tuesday, March 16, poses this critical question.

Demi Lovato: Dancing With The Devil is a four-part documentary series created for YouTube by director Michael D. Ratner. It is about the life of American singer Demi Lovato, who 90s and 2000s kids will remember as a young Disney Channel star, much like her Camp Rock costars, the Jonas Brothers. More specifically, the docuseries focuses on the last three years of the singer’s life, including her self-diagnosed daddy issues, her eating disorder, and her deteriorating mental health, which drove her towards using drugs like heroine and crack cocaine and eventually resulting in a near-fatal overdose in 2018.

How Lovato reached this point in her life, how she survived the ODing, and how she has been gradually picking herself up in the aftermath of that life-changing event is what’s in store for the audience and Lovato’s fans. The journey was clearly not smooth-sailing. From occasional relapses to finding love and having her heart and engagement broken to realising she was a victim of sexual assault on the very night she could’ve lost her life, the series is filled with startling revelations of what the ‘Anyone’ singer had to endure to reach this point.

Of course, it wasn’t all bad. Dancing With The Devil is the title of Demi Lovato’s next album, which she talks about as something that has been a long-time coming. Amongst other things that made this coronavirus quarantine therapeutic for Lovato, shooting the docuseries and making music that she loves are things that she talks in depth about. And when you hear the clip of her 2020 GRAMMYs comeback performance, you understand the gravity of the kind of artist we would’ve lost, had Demi Lovato not gotten her life back on track.

The docuseries begins with a montage of the singer’s 2018 tour, which was originally supposed to be one of those concert documentaries that are the trend. It had me a little apprehensive about the kind of series I would be watching. However, Demi telling the director that she’d keep on talking and they could keep or use whatever they wanted later indicated that she seemed fully committed to telling her truth. And as the documentary progressed, we sure got lots of it.

Here are 5 startling revelations that Demi Lovato made during Demi Lovato: Dancing With The Devil:

1. Demi Lovato revealed that she was sexually assaulted by her drug dealer the night she overdosed.

Initially, the singer didn’t realise this. However, a couple of months after she woke up in the hospital from her overdose, she got flashes of the incident, and realised what had happened.

2. Lovato had practically lost her eyesight when she was in the hospital after OD-ing.

She couldn’t even recognise her own sister, and asked her “Who are you?” Her sight eventually came back but it was a rough thing to undergo.

3. That she was raped as a teenager by a costar who got away with it.

Lovato talked about how, as a teen, she was casually dating this actor. They were together but she didn’t want to go too far and asked him to stop, but he didn’t. When asked about why she never spoke up about it, Lovato pointed out it would’ve looked bad because like several other Disney Channel stars, she too wore a Promise Ring, and couldn’t come out six months later to say she lost her virginity to date rape.

4. She talked about her short engagement and eventual breakup with Max Ehrich during quarantine.

Demi Lovato got engaged to actor Max Ehrich in July 2020, while he was quarantining with her and her family. However, they called it off after two months because she realised he was not the person she fell in love with and began quarantine with.

5. Despite all that she’s been through, Demi Lovato is not completely sober right now.

The singer revealed that she practices moderation with her substance usage (mostly weed, etc) because she knows herself, and understands that the more she completely shuts herself off it, the more she’d be tempted to do it.

I didn’t take long to get hooked to Dancing With The Devil, and not just because it was a celebrity laying their life out bare for us to see. It was hands down Lovato’s candour and her willingness to be so open about perhaps the most difficult time of her life. And letting her friends and family talk about it too. It didn’t feel too rehearsed or like people were trying to hide facts or sort of speak in layers trying to project Lovato as this broken angel who was right even when she was not.

This particularly stood out in the final segment of the series, where stars and peers like Elton John and Christina Aguilera and Demi Lovato’s own team members questioned whether Lovato’s current strategy of moderation was indeed something that would work and keep her out of relapsing. They were right. But then, so was Lovato in her logic that if she completely shut the door, she’d always keep clawing at it, craving for what she couldn’t have. Perhaps this was what worked for her.

There was a sizeable focus on how female celebrities in particular have it so much more harder because in their case, even appearance begins to hold so much importance. When Demi talked about how she would cut frozen watermelon for birthday cakes, and the joy on her face when she finally got proper cakes to cut for her recent birthday, the moment was poignant and effective. But was was incredibly tragic to hear about was the singer talk about her sexual assault.

At the end of the series, this wasn’t just about Demi Lovato’s road to recovery that she treaded courageously and spoke about bravely, but also a chance for the society to deeply evaluate its problematic celebrity culture. Today, every fifth person is a star or famous in some capacity, and the price of that fame is too steep for young people to pay. From the constant pressure to hide your flaws and be somebody else for the camera to pushing down and constantly creating new work to stay relevant, these are enough to drive people to extreme duress and even seek solace in drug abuse, because as Demi Lovato describes it, the way some of these drugs can put you at ease, and help you escape ground realities is a dangerous addiction.

The real wake up call should then be for this industry that treats its young female celebs so harshly that they are driven to this lifestyle, of battling internally with their own demons and dalliances with the devil.

Demi Lovato: Dancing With The Devil premiered at the SXSW Film Festival and will release on March 23, 2021 on YouTube. Stay tuned for more Hauterfly At SXSW coverage!