The Kapil Sharma Show’s Sumona Chakravarti Opened Up About Living With Endometriosis. We Need More Women To Talk About This 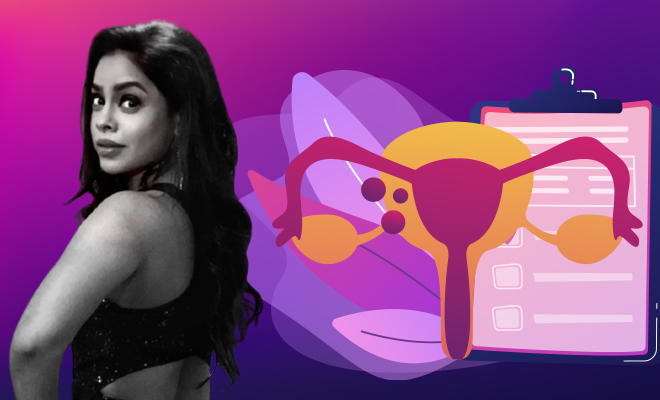 Can we all just admit how effing hard it is to be a woman? From biology to sociology to psychology, to economics, every darn thing is rigged against us.  As I write this, I am already stressing out about my PMS onset in a few days, and of course, my periods which have been shitty since lockdown began, and a bunch of other health concerns that have turned my body into a game of “So, what’s wrong with me today?” The fact that historically, women’s pain (both literal and figurative) has always been dismissed as exaggerated is so ingrained in us, that we women ourselves ignore it or don’t care to get it diagnosed or are discouraged from getting it checked up, before it blows up. Which is why, I am kinda glad that more women, especially those with a certain influence and celebrity status, are speaking up about women’s health issues. Recently actor Sumona Chakravarti, of The Kapil Sharma Show fame, opened up about living with endometriosis for a decade now.

According to WebMD, endometriosis happens when the endometrium, which is the tissue that usually lines the inside of a woman’s uterus, grows outside it. Now when a woman menstruates, the regular uterine tissue breaks apart and bleeds at the end of the cycle. However, in the case of women with endometriosis, this blood thus released has nowhere to go. As a result, women have to endure a bunch of rather painful problems, including back pain and severe menstrual cramps during their periods, heavy bleeding, blood in their stool or urine, fatigue all the time, painful sex and difficulty in getting pregnant.

Also Read: A Pregnant Emma Roberts Spoke About Endometriosis, Fertility Issues And Freezing Her Eggs In Her 20s

The 32-year-old actor shared an Instagram post over the weekend, of a post-workout selfie. Looking flushed from her home workout, Sumona talked about how boredom usually gets in the way of her exercising but she finally managed to get in a workout after ages. She then went on to share that she has been living with endometriosis since 2011, and has been in Stage IV of it for some time now. And the PMS, mood swings, and emotional upheaval felt during the lockdown disturbed her schedule quite a bit. But now she was finally back to working out and taking care of her health.

“A good eating habit, exercise & most importantly no stress is key to my well being. The lockdown has been emotionally hard for me. Today i worked out. Felt good.”

She further talked about how love, compassion and kindness can get us all through these difficult times, and that’s why she decided to share about her struggle with endometriosis, even though it wasn’t easy to do so. In the hopes that others might be inspired in some way.

We love Sumona Chakravarti for opening up about something that is so difficult to talk about, but actually shouldn’t be. We need to be able to share in our pain, not just so that we may feel better and lighter and gain support but also so that other women who are going through something similar don’t suffer in silence. Recently, there has been an influx of celebrities, from Sonam Kapoor talking about her PCOS to Sameera Reddy opening up about postpartum body issues, who are talking about physical and mental health issues that they’ve been battling, and their posts aren’t just inspirational but also show the women who follow them that they are not alone.