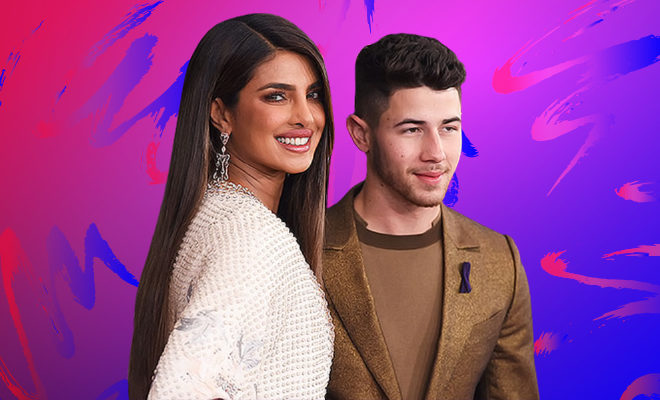 Just this morning, my mother, while cross-checking something, asked me if we were under lockdown on a certain date in April. I blankly stared at her face before announcing that I have faint memory of a time when we weren’t in lockdown, TBH. And doesn’t it feel like that truly? The world around us is falling to bits, people are losing loved ones. But some of us are forced to lock all that catastrophe down in one corner of our heads and focus on work. Me, I find my escape in fictional worlds of books, films and series. It’s something that Priyanka Chopra Jonas tried as well, and for a while, it worked to keep her sane in the chaos that continues to rage on. But she’s now found something that’s even better for her mental health.

While I don’t set much store by the belief that everyone needs to have a ‘productive’ lockdown, or learn some new skill, The White Tiger actor and producer has actually had one of those. She managed to sign a few deals, wrapped shooting for Text For You, a rom-com she’s doing with Outlander star Sam Heughan, and Matrix 4! She even finish her memoir, Unfinished. And even as she was promoting her film’s release, she was also campaigning for it to get nominated at the Oscars.

In the midst of shooting for Citadel, a series she is working on with Game Of Thrones and The Bodyguard actor Richard Madden for the Avengers: Endgame filmmakers, the Russo Brothers, she managed to host the Oscars nominations with husband Nick Jonas! Phew, this desi girl can do it all!

PeeCee has also been actively highlighting COVID resources on her social media and asking the US government to help India during its time of crisis. Clearly, despite working on all fronts like this, one can still find themselves affected by the lockdown and the inability to live their normal life, surrounded by the people they are used to being around.

While speaking to Byrdie about how she managed her mental health, Priyanka Chopra revealed that she adopted the most common method of dealing with the lockdown—binge-watching television for hours on end. However, it barely lasted two weeks.

“After that, I was like, ‘Alright, gotta find a sense of purpose to stay sane’. I think a couple of things that really worked for my sanity and my mental health were, one, having a sense of purpose every given day, deciding that I’m going to work on something that’s larger than myself, which is outside of myself.”

Also Read: 5 Revelations Made By Priyanka Chopra During Her Interview With Oprah Winfrey: On Nick Jonas, Spirituality, Being Mistreated

The actress has also managed to accomplish another task that seems impossible to me and many others—establish a fitness routine of working at least four times a week. She confessed to initially being complacent about it, but suggests shifting to simple workouts at home have motivated her to keep at it.

“Especially with lockdown, we’ve learned how to do easy workouts at home, which don’t require a gym or a treadmill or a reformer, and it makes such a difference. I don’t think I’ll ever be able to go back to making excuses again.”

Same, Priyanka Chopra. SAME. I feel that almost every morning when I wake up and am humming some peppy song to myself, or jotting down things in my pretty-ass daily planner with coloured ink. However, the executive of that goal-focused enthusiasm is a little elusive, if I may say so. When I see the despair around me, it kind of drains me of all motivation. I guess mental health is in shambles for most of us.

Talking to the publication about her own mental health, Priyanka Chopra revealed that spending time with family and talking to her loved ones has been a far better choice than binge-watching for hours.

“… to surround myself with people that I love. So I had my husband, my dogs, whenever I could include people in my bubble—but also staying in touch with family and friends, taking the time to put someone on Facetime and do whatever you’re doing and just chat. I think that talking instead of just binge-watching TV has been really, really been helpful for me.”

Folks, Priyanka Chopra does have some pretty good advice to try out!

Priyanka Chopra Condemns Racist Comments On The White Tiger Director Ramin Bahrani, Says America Was Built On The Back Of Immigrants