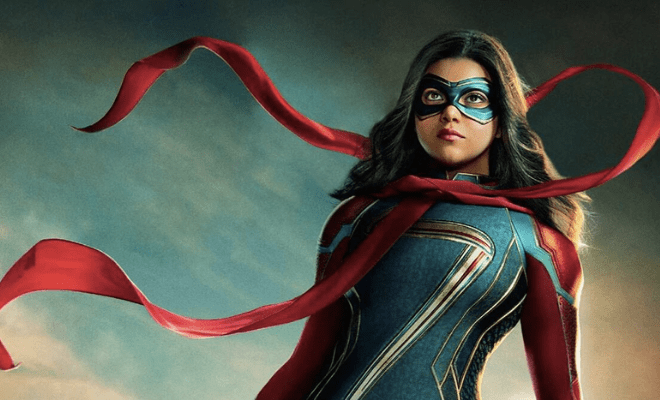 ‘Ms Marvel’ Ep 3: What Is Djinn And Noor Dimension? How Is It Connected To ‘Shang-Chi And The Legend Of The Ten Rings’?

Ms Marvel has been making headlines ever since its release for all the right reasons. It has everything from thrill to mystery to suspense to Bollywood music and aptly portrayed brown culture. Since Kamala Khan discovered the magical bracelet and her powers, things have started getting interesting (of course). But apart from all that, this series has introduced some new things in the Marvel Cinematic Universe. The 3rd episode of the series that aired on Wednesday showed all about the origin of the bracelet and its connection to the Islamic culture and folklore is interesting.

In the 3rd episode, Kamala finds out about great-grandmother Aisha and the origin of the bracelet. While sharing the story with her, Najma reveals that she, her peers and Kamran actually belong to another dimension called the Noor dimension which is home to a species known as Djinn. She also tells Kamala that she is also one of them and the only thing different about her is that she was born in this dimension. And it looks like the Noor dimension has a connection with The Clandestine and Shang-Chi and the Legend of the Ten Rings as well. All of this info dump is really just mind-boggling! But I’m sure more info dump is coming our way in the upcoming episodes of Ms Marvel. Until then let’s try to unravel this mystery and know more about the Noor dimension and the folklore of Djinn.

According to Islamic mythology, Djinn also known as jinn or genies are invisible creatures that are eight evil nor good. But many believe them to be demonic spirits and are known to engage in sexual affairs with humans. As per the mythology, they are known to be vengeful and can possess human bodies but at the same time, Djinns are also called upon for protection or magical aid but the Quran actually condemns the pre-Islamic practice of worshipping jinn for protection. While the Quran does not state that Djinn can possess bodies, it’s a belief that many people hold to be true. According to Islamic belief, unlike humans, jins are vicegerents of the earth. As per the folklore, jinn or genies are mythical creatures that often grant wishes to people but are known to have twisted and evil intentions.

What Are Djinn In Ms Marvel?

In the Marvel comics, Jinns have come up in the past and have been portrayed as villains but in Ms Marvel there seems to be more to this species. In Ms Marvel, Kamala Khan discovers that her mother and her grandmother are descendants of her great-grandmother Aisha who was a Djinn which means that they all have Djinn blood. Since Kamala was born on earth in this dimension, she is able to access her powers with the help of the bangle.

A magical piece of jewellery with unknown origins, well, this just reminds me of the one thing, Shang-Chi. Speaking of Shang-Chi, ICYMI, at the beginning of episode 3 of Ms Marvel where Najma and Aisha along with their peers are excavating wreckage looking for the bangle, did anyone notice the symbol of the Ten Rings on the floor? So, there’s a connection here but not much is known about it. Looks like we’ll just have to wait to find out more.

Also Read: Why Is ‘Ms Marvel’ Clocking Lowest Viewership Amongst MCU Shows Despite Being So Good?

In episode 3, there’s a little mention of The Clandestines in connection with Djinn and as we all know The Clandestines have been mentioned in the Marvel Comis in the past. It was a group of super-powered individuals introduced first in the 1994’s Marvel Comics Presents #158 by Alan Davis. And all the individuals of this group were the descendant of a man named Adam and a woman named Elalyth, who happens to be a Djinn. These individuals are known to have abilities like manipulating gravity, psychic abilities and other such stuff.

What Is Noor Dimension?

Kamran’s mother Najma tells Kamala Khan (in episode 3), that she and her peers are from a different dimension called the Noor Dimension which is where Djinn live. While she does not reveal why and how they came to this dimension, she does share that they have been on Earth for a long long time (since 1942 at least) and the bangle is their only way to get home. The bangle, Najma reveals is a relic that can help the Djinns to get back home to the Noor Dimension which is where they can gain access to their full powers. Najma also shares that as of now, the only power they have is that of slow ageing and they need to get back home to gain their powers again. Now, let me add to that, that Noor Dimension is not something that has been mentioned in any of the Marvel movies in the past and it isn’t something that exists in the Marvel Comics either. Noor Dimension seems to be a whole new concept that has been introduced in Ms Marvel and we just cannot wait to know more.

While the Noor Dimension doesn't exist in the comics, a version of the Clandestines does. In the Marvel comics, Clan Destine are a group of children whose parents are Adam of Destine and Elalyth, who is a Djinn. pic.twitter.com/uwQGQvavPS