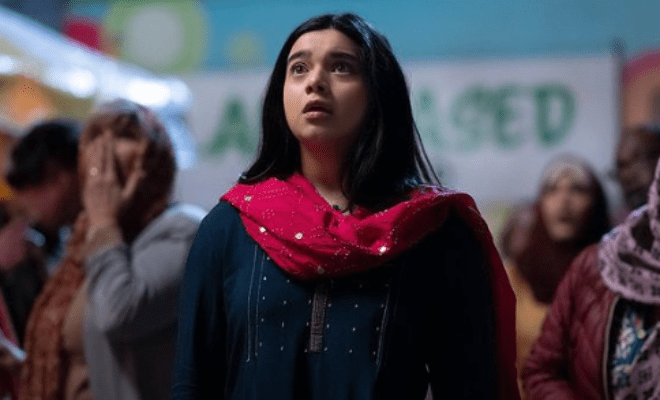 Why Is ‘Ms Marvel’ Clocking Lowest Viewership Amongst MCU Shows Despite Being So Good?

The latest Marvel project to have captured the fans’ and audience’s attention is Ms Marvel. The show is being lauded for its appropriate depiction of desi culture and fans are loving the global recognition south-east Asian talent has gotten through Ms Marvel. But despite the showing having such an amazing plot and cast, it has clocked in the lowest viewership on Disney Plus so far.

As per a report by NME, the show has received the highest rating so far among other Marvel series but yet has managed to clock on the lowest viewership within the first five days of its opening. The premiere of the show was watched by 775K viewers within five days. Samba TV went on to report that the show is a hit among Gen Z and the viewers falling between the age bracket of 20- 24 years are the ones who are actively watching the show. It also has a far more diverse audience with its viewers belonging to the ‘Black, Hispanic and Asian’ communities. Also, it has to be noted that these are the number of the first episode only not the ones that have been released recently.

775k US households watched the premiere of #MsMarvel. While less than other MCU series, it was a hit with #GenZ. Viewers age 20-24 watched at the highest rate of any MCU show, and it drew a more diverse audience with Black, Hispanic and Asian households watching at a higher rate. pic.twitter.com/Ugcvu7een8

How does premiere viewership of #MoonKnight compare to the other Disney+ live-action entries into the MCU? Here’s a look at the 5-day viewership of each.

Which premiere episode was your favorite? #WandaVision #Loki #Hawkeye pic.twitter.com/crbo4iZsxq

It is a show about MCU’s first Muslim superhero and the audience has quite appreciated the makers for incorporating diversity in the series.