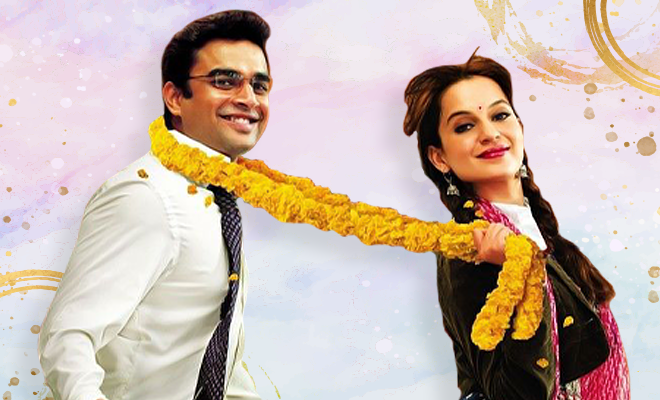 This Man Implied An Independent Woman Might Not Opt For An Arranged Marriage. WTF?

Just for fun, two years ago, I sat with my friends and made an extremely long list of things I want in a partner. Of course, I knew I would never find anyone who has all those qualities unless I make one myself but I am afraid I don’t have the tools for it. But yes, ideally I would like that person to have some of those qualities—like being affectionate, loving, humorous, and not selfish. Another thing is that he needs to be a liberal person who believes in gender equality. It’s just that I know from my dating career of 13 years that these are my basic necessities. So if I sign up for an arranged marriage, I will know what I am looking out for.

We all have some set of criteria for our partner because we know what works for us. We want someone who can grow with us. Millennials don’t just marry for love or because a person seems nice on paper. We want compatibility! So, I’d say having some sort of expectations is okay unless yours are rather superficial and ridiculous. Say for instance, we’ve all seen those cringey ads looking for a “fair” and “slim” bride. I have also seen men seeking such a customized person—be it for dating or marriage. If they are a fitness freak, they want someone who is too. There are people who will not tolerate any difference in lifestyle and that rigidness is scary because I am sorry, this is a human not bespoke wear.

Anyhoo, a man on Reddit went ahead and listed out his expectations from his wife as he went on to look for one. Why is he sharing it online? Because he is afraid he may be expecting too much? Well, there’s nothing wrong with having some justifiable expectations but everything about this post is so wrong.

“While I would like to find a partner on my own, that doesn’t seem to be a choice anymore. I lacked confidence to ask a girl out during my teens/early 20s. When I did try dating apps later on, all I got was one like, from what seemed like a trans prostitute,” he wrote.

He then went on to speak how he doesn’t look good, has an average personality. “Now I know I’m not a good candidate in dating scene. I don’t look good (based on my dating experience), and I don’t have a great personality(I’m just your average geek). But I think there must be lots of boring women out there too, one of whom might like me,” he wrote.

He then listed his expectations and those were fairly normal. “I have few expectations from the potential mate, which I’ll list next. However, people have mentioned that the kind of women I’m looking for wouldn’t be the one going for arranged marriage anyway. Here are my expectations,

Shouldn’t be a bigot. No compromise on this one.

Should be atheist or agnostic.

For looks, as long as she doesn’t look way out of normal, it’s fine. Let’s say 99% people qualify.”

But then he said that such women don’t go arranged marriages! “But I guess such a women would anyway find a partner on her own. What do you folks think?”

Firstly, this guy has some serious confidence and self-esteem issues. He finds himself not worthy of much. He clearly looks at a human’s worth through superficial aspects based on stereotypes created by society. And honestly, who knows, if he was anywhere close to being a stud, he wouldn’t have compromised on the looks of his potential partner.

Again, age is a factor that is important to him, so much that he has come down to a specific number and anything else will be a “compromise”. And that he is willing to do because he feels underconfident about his own worth. He also wants the woman to share the same religious beliefs as him. None of his expectations say anything about the woman as a person and it just reduces the whole institution down to a business.

Customisations and treating marriage like a business deal apart, this guy is living in a bubble of stereotypes. First, I highly doubt that the girl he met on a dating app was like a “trans prostitute”. I don’t even know what that means. But it’s easy for conservative men to just judge sexually-empowered women as promiscuous. It’s not the first time a woman has been called a prostitute, whore, slut just because she wasn’t coy about her sexual desires.

Then he goes on to say that a woman like he described probably won’t go for an arranged marriage. I mean, what are these assumptions? I am assuming by the description he gave, he wants an independent woman and yet he has several misconceptions attached to his idea of one. He thinks an independent woman doesn’t go for an arranged marriage and why could that be? Is it because he thinks it is for losers?

Honestly, I am clueless because arranged marriages are evolving and it’s really not like you are unattractive if you go for it. In fact, it’s almost like being on a dating app but for marriages!

It’s not just men, but women too think that arranged marriages are for losers; it’s almost like a last resort. It isn’t so bad! You can make it better for you if you refuse to let those orthodox, sexist rishtas suck you in. Otherwise, it’s really fun meeting someone who wants the same things as you do. It’s really refreshing to meet a guy and not hear, “Hey, let’s keep it casual.”

It’s time we stop putting ourselves in boxes and labelling them as black or white. There is a whole spectrum of colours and shades and you can be anything you want!

ALSO READ:#Trending : Women Share All The Unrealistic Expectations People Had From Them During An Arranged Marriage Proposal. You’ve To Read It To Believe It