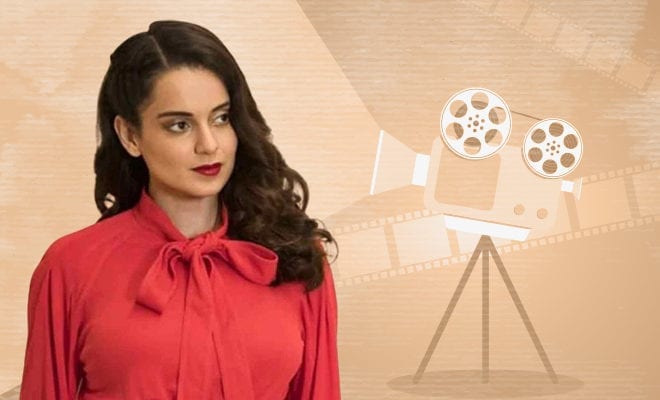 The Bollywood film industry, to me, is like a web. Here, everyone is connected to every other person, and yet, there’s a certain rather distance and disconnect too amongst them. For years now, we have heard Bollywood getting blamed for lack of originality, nepotism, questionable/orthodox content, etc. But for the very first time, I have heard Bollywood getting compared to the Great Wall of China. Yep, Bollywood actor Kangana Ranaut said that entering ‘toxic’ Bollywood for outside actors is like trying to breach the Great Wall of China. And she is kinda sorta maybe not wrong there.

Recently, in an interview with Tried & Refused Productions on YouTube, the Thalaivii actor said that entering ‘toxic’ Bollywood was like breaching the Great Wall of China and that the film industry lacks empathy and love. Speaking from her own journey, Kangana Ranaut also revealed that when she had joined Bollywood there was no proper process to enter it. And so in a ‘desperate’ and a ‘do-or-die’ situation, the Bollywood actor had no option but to fight her way through ‘the Wall of China of the film industry.’

Also Read: Kangana Ranaut Revealed She Didn’t Make Enough Money To Pay Her Taxes. Is This A Subtle Boycott By The Industry?

Kangana Ranaut further talked about the tension that exists particularly in Bollywood. “What is very striking about regional cinema,” Kangana says, “is that at least they find some common ground. They’re chameleons, and that’s something that they resonate with… Whereas in Hindi films, because we’ve all migrated to Mumbai, there is so much diversity there, yet there is a bit of tension always… Everybody wants to pull everybody down, that’s not helping at all. It’s become such a toxic place that somehow, nobody is happy for another person, and we are not able to find a common ground we are able to identify with.”

Kangana Ranaut also added that while Bollywood was a place with zero empathy or camaraderie and growing toxic by the day, regional cinema was only soaring higher, and has become an industry where people are wonderful to each other. “I hope it remains like that and too many people coming in here don’t ruin it,” she concluded.

Also Read: Kangana Ranaut Says Her Fair Complexion Was The Only Thing Filmmakers Wanted. Okay Then!

On more than one occasion, Kangana Ranaut has been seen criticizing the ‘mainstream’ Bollywood. I do not know if all her claims are justified but there is no denying that entering Bollywood is a difficult task, vouched for by outsiders, who’ve had to struggle to get in and make their mark. But now the presence of OTT platforms have made it easier and provided a platform to artists from around the country to showcase their talent.