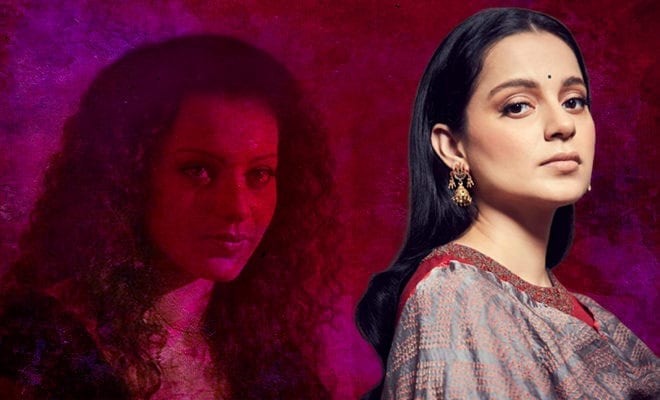 On 15 Years Of Gangster, Kangana Ranaut Says Hers And SRK’s Success Stories Are The Biggest. Erm, Weird Flex!

I absolutely blame myself for what you’re about to read. I was recently wondering how I had successfully managed to tune out Kangana Ranaut, and how she hadn’t really said anything ‘newsworthy’ lately, since that tactless ‘oxygen’ tweet of hers. And so, I believe that I might have thrown the stone at the metaphorical beehive and shaken a few bees loose. Because Kangana Ranaut’s Twitter is buzzing with another ridiculous tweet, so sorry guys. This time, the occasion is 15 years of Gangster, her debut film in Bollywood, opposite Shiney Ahuja and Emraan Hashmi. And the tweet is about her comparing her success story with that of Shah Rukh Khan.

In fact, what began as a declaration of her and SRK’s success stories as the biggest, suddenly took a turn into an assertion of her superiority. Because while Shah Rukh Khan came from Delhi and had a convent upbringing, Kangana Ranaut came from a remote Himachal Pradesh village. So according to her, that makes her struggle a shade more tougher than Shah Rukh Khan’s.

Every step was a battle starting with my own father and grandfather, who made my life miserable, and yet 15 years later after so much success still every day is a fight for survival but totally worth it, thank you everyone 🙏 #15yearsofgangster

Now I won’t deny that Kangana Ranaut in Gangster was a revelation. She was a 17-something with no film industry lineage, and she managed to make a mark with her raw talent and bare-naked emotions in a way that few actresses can do in their debut film. It was a perfect launch vehicle too, from Mahesh Bhatt, that allowed her to flex those acting muscles and show everyone what she had. Post Gangster, it was a long winding road for the actress, with major milestones being her National Award win for Fashion, and of course Tanu Weds Manu. It was only after the latter that Kangana began to be recognised as the powerhouse talent that she could be, given the right roles.

That being said, I don’t particularly warm up to her opinion when she chooses to uphold her stance via comparison with others. And again, I’m not saying Shah Rukh Khan is untouchable, or that there will never be another star of his stature, though I strongly feel the ‘star’ solar system is dying in Bollywood and now it is just about good actors and bad actors. But really, look at the span of his career, and the range of his roles, and the massive fan following that he has both nationally and internationally. His success story appears like it has the same humble beginning as Kangana’s but then there are so many other actors who’ve had that too. How is her story so unique to be proclaimed “the biggest”?

This isn’t the first time that she’s made such lavish comparisons without much thought. Remember when she compared herself to Meryl Streep?

Anyhoo, we’re as used to Kangana Ranaut’s claims as we are used to lockdowns. And the dark truth about both is that we shouldn’t have to be.

Why you do such things, KKKKKK… Kangana?

On 20 Years Of Pyaar Tune Kya Kiya, How Urmila Matondkar Set The Bar For The Anti-Heroine, And The Trope Of The Obsessive Girlfriend