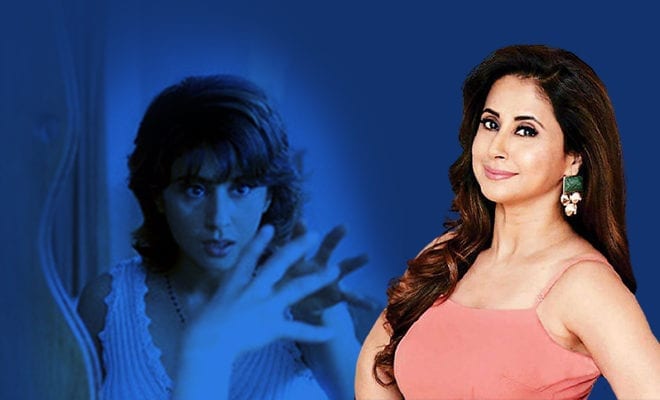 On 20 Years Of Pyaar Tune Kya Kiya, How Urmila Matondkar Set The Bar For The Anti-Heroine, And The Trope Of The Obsessive Girlfriend

Before the term ‘Kambakht Ishq’ was ruined by an eponymous disaster of a film , it reminded us for a very popular and sexy song, featuring Urmila Matondkar and Fardeen Khan, from the movie Pyaar Tune Kya Kiya. Directed by Rajat Mukherjee and produced by Ram Gopal Verma, and also starring Sonali Kulkarni, Suresh Oberoi, Achint Kaur, Rajpal Yadav, and Gautami Kapoor, the 2001 romantic thriller was an unofficial remake of the 1987 film Fatal Attraction, starring Michael Douglas, Anne Archer and Glenn Close. This year, as the film completes 20 years, Urmila Matondkar got talking about how her obsessive lover character in the film set the bar for the anti-heroine, a hitherto barely explored notion in Bollywood. 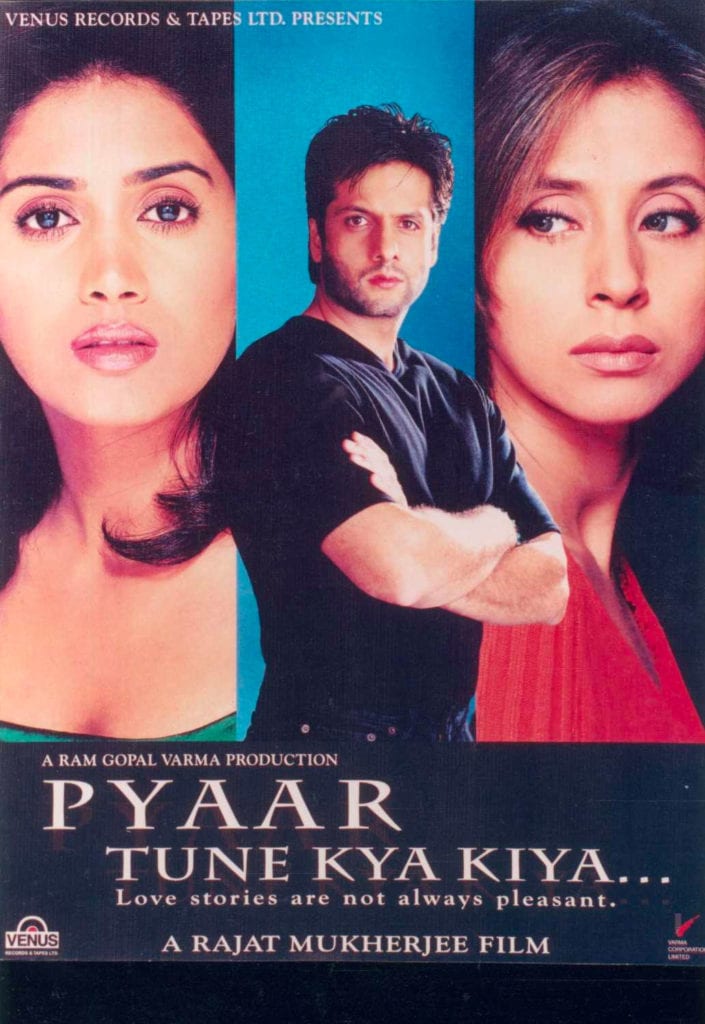 Urmila Matondkar plays Ria, a headstrong woman and the daughter of a rich businessman (Suresh Oberoi). While on a trip in Goa, a fashion photographer named Jai takes some photos of her without her permission and publishes them in the magazine he works for. They’re a hit, but Ria is mighty pissed at Jai, who brings her an offer to model some more for the magazine, as requested by his chief editor. Initially Ria refuses, but the charmer that Jai is, he convinces her.

During their shoot for the magazine, Ria falls for Jai and arrives at his house to propose to him, when she meets his wife, Geeta, to whom Jai has been happily married for some time. Ria is distraught but still manages to confess her feelings to Jai in a desperate attempt. In order to pacify her, he lies to her that had he not been married to Geeta, he would’ve accepted Ria’s love for him. That sets Ria off on a dangerously obsessive path where she constantly tries to sabotage Jai and Geeta’s relationship, from threatening Geeta to trying to flirt and even get physical with Jai so that Geeta leaves him.

After an intense climax where Ria tries to kill Geeta and is stopped from doing so by Jai, he and Geeta live happily ever after while Ria is relegated to spending her days in a mental asylum. When Jai visits her on her birthday, upon request from Ria’s father, Ria once again proves she is unstable and still obsessively in love with Jai, and therefore, not getting out anytime soon.

Since Fatal Attraction was a Hollywood film, therefore, even in the 80s, it was bolder than Bollywood could ever be. In the film, Michael Douglas and Glenn Close’s characters have a legit affair, which prompts the latter’s obsession with the married man. What’s more, everything from the stalking to the obsessing is much darker. And in the climax, the obsessive girlfriend doesn’t get sent to the mental asylum, the wife kills her.

For me, the first anti-heroine that I was mighty impressed by was Kajol in Gupt. Her character, of being in love with a man who loved someone else, and going to great lengths to secure his affection, spun a thriller that has achieved cult status. But sure enough, Urmila’s Ria in Pyaar Tune Kya Kiya was a landmark role as well.

Ria wasn’t the first negative character that Urmila Matondkar played. At the cost of revealing a spoiler, even if it is too late, she was probably pretty perfect for the role, having successfully fooled us all with her naïve act in Kaun?, another Ram Gopal Verma thriller,, in which she played a serial killer. But it is true for both, the cult classic Kaun? as well as Pyaar Tune Kya Kiya, that Urmila Matondkar was the hero of the film, and set quite the benchmark for the anti-heroine.

She told Hindustan Times, “In our films, we are used to innocent, saccharine sweet heroines but back then, this film and my character, Ria broke the mould. We had seen anti-hero, which were accepted by audiences but not anti-heroine! Today, if a movie like this is released, it won’t be a novel idea as we have seen many on OTT and in cinemas. But back then, it broke boundaries. I am glad that I got the chance to do that way earlier than others. That’s why it remains a special film in my career. I had said this back then, that even after 10 years, heroines will think twice before taking up such a role, let alone do justice to it.”

Until then, heroines in Bollywood had but one job. In fact, Matondkar’s filmography is proof that she has always tried to play characters which are layered, whether it is Rangeela, Pinjar or Ek Hasina Thi. She won the Filmfare Award for Actress In A Negative Role for Pyaar Tune Kya Kiya.

The actor waxed nostalgic about some more behind-the-scenes details about the film, like how designer Manish Malhotra was supposed to step in to style her character, Ria, but couldn’t due to a busy schedule. And she took over.

“I ended up putting together a dishevelled look for Ria. There was minimal to none makeup in most scenes. Other than the physical traits, to take a character who people don’t like and make her vulnerable, form connect with the audiences was challenging and the whole journey was an incredible process. In fact, people were rooting for Ria in many scenes and it was a big success for me, personally, that as an actor I could manage to connect with the audiences. Though Ria was wrong in her obsession, her feelings were so genuine that appealed to people.”

She also spoke about how Fardeen Khan accidentally injured her during the climax shot and how the song Kambakht Ishq became so popular amongst the masses. Speaking about some of the biggest compliments she received, she said that the (late) Feroz Khan told her “You made me cry and I don’t like crying.” She recalled how Hrithik Roshan, after watching her introductory shot, told me her that “he couldn’t believe that a woman’s back could look so defined.”

While Urmila Matondkar is right about an impressive portrayal of the anti-heroine, she mentioned how despite OTT and indie films opening up such richly layered grey roles, many actresses would still think twice before picking up such a character. And I think another reason for this is that today, we’re much more sensitive and careful in who we portray as a hero and as a villain.

For a very long time, the trope of the obsessive lover has been romanticised to the point where the only difference between an anti-hero like Shah Rukh Khan’s in Darr, and a a hero in any other 90s Bollywood film would be that the former was explicitly specified as the villain. Because the obsessing, the stalking, the lack of consent, the possessiveness and the willingness to upend the world in the name of love… these are all traits common between Bollywood’s idea of a lover and a stalker!

Take Pyaar Tune Kya Kiya and Fatal Attraction, for example, and you’ll see that it is the man (the hero) who draws first blood, either by taking the woman’s pictures without consent, omitting a simple fact that he is married, or engaging in an affair with the woman. And these women who then turn into ‘the obsessive lover’ are vilified much more than when a man takes on that role. In the latter case, he is romanticised. Kabir in Kabir Singh, Joe Goldberg in You… these characters have been turned into heroes by men or legit crushes by women because they were lucky enough to ‘get the girl’. Meanwhile, the obsessive girlfriend gets put into a mental asylum or worse, gets killed, but without a spot on the pristine white character of the man who is kinda responsible for putting her there.

Fortunately, I’d like to think we’ve come a long way from such simple black or white characterisations!

Throwback Thursday: Rangeela Had Urmila Matondkar Being A Total Boss Babe And It’s So Cool