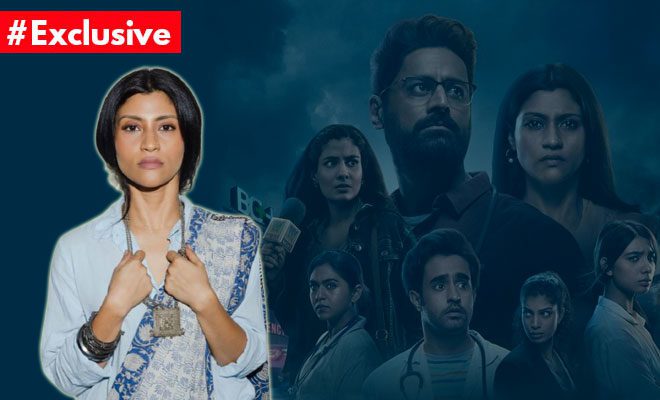 The coronavirus pandemic has given us a newfound appreciation for doctors, and healthcare and frontline workers. No matter how much money you have and how better the facilities of the hospital you’re in are. It won’t matter if the professionals treating you don’t have their wits about them, and a steady hand, in a case of emergency. Incidents like the 26/11 terror attacks in Mumbai are emergencies where it is these very people, as well as other frontline workers like the law enforcement, military personnel, firefighters and more, who have to put everything aside, and do their duty, because lives are at stake. Amazon Prime Video’s new series, Mumbai Diaries 26/11, is a tribute to these very people. It’s a medical drama that stars Konkona Sen Sharma, Mohit Raina, Shreya Dhanwanthary, Satyajeet Dubey, Natasha Bharadwaj, Mrunmayee Deshpande and Prakash Belawadi, and is jointly directed by Nikhil Advani and Nikhil Gonsalves.

According to the Mumbai Diaries 26/11 trailer, the series is set in a fictional Bombay Hospital, where a team with both experienced doctors and nurses and fresh interns, as well as hospital staff, the police and even media has to take charge and do their duty, in the face of fear, anxiety, even pain and loss. It’s a dramatised version of the night, but surely a side of the stories from that fateful night that have not yet been explored.

In an illuminating conversation with one of its cast, filmmaker Konkona Sen Sharma who makes her web series debut with this one, I talk about the show, it’s message, how her character is different than what she has played before, and how contrary to popular perception, getting older has actually been a liberating experience for her as an actor.

Q: Can you tell us a bit about your character Chitra?

A: So Chitra is a Social Services director in the Bombay Hospital. I really liked playing this character because I’m often given roles of very strong women. But Chitra is somebody who is plagued by self-doubt. That is something that I also suffer from, I don’t know why; it’s not because I think I’m not capable. but I guess all of us suffer from an imposter syndrome from time to time, and then we’re able to overcome it as well.

And that is the case with Chitra. She has a medical background but she is not a doctor, and she is somebody who isn’t always able to believe in herself. But she always pulls through, and we see her by the end of the series displaying exemplary courage.

Q: How was your experience filming Mumbai Diaries with this cast and crew?

A: I had a great experience with this shoot, I have to say. It’s my first web series! The shoot goes on for much longer than a film so you’re really able to get to know your cast and crew well.

Nikhil himself has an infectious energy. He is just so into the material and he knows everything about what he wants, and he’s able to bring that out in everybody who is working with him. It was a wonderful, experience working with all kinds of different talent., and actors I haven’t worked with before—Mohit Raina, Prakash Belawadi, Shreya Dhanwanthary, Satyajeet Dubey, Natasha Bharadwaj, Mrunmayee Deshpande and a whole host of people.

I think we all were able to bond because it was over a period of time. And because none of us had a medical background so we all had to undergo this medical workshop together, learning all the jargon and procedures. That was a fun icebreaker actually!

Q: Does it happen to you where the character’s trauma doesn’t leave you after ‘Cut’? How do you switch off?

A: So this is something I’ve kind of had to deal with for many years now since I’ve been acting for so long. But I actually don’t find it so difficult to leave my character on set because the nature of shooting is such. I am not too affected by it. Yes, somewhere, it does affects you internally and you never know how it affects the down the line. Maybe now when I meet a doctor or a nurse, my character might affect how I perceive them.

I think that this show shows the doctors, nurses and hospital staff with a lot of compassion. The fact is they’re also dealing with so much. They too are human beings at the end of the day, with their own internal battles going on. Somebody’s spouse may have left them. Somebody’s parents may be dying. Plus, they are working in a government hospital, which is not an elite, fancy place, but has its own.

On top of that there’s this backdrop of 26/11, and it’s really quite harrowing for them. Looking at all that, we really need to show some appreciation and compassion. Especially now after COVID, when we have the awareness of what our first responders and frontline workers go through. So, this is really an homage to them.

Q: As a filmmaker and an actor, what excites you the most about the current entertainment trends?

A: I am personally very excited about the OTT space because I feel that thanks to OTT we’ve got such a nice variety of things to watch. Earlier, we were all trained to expect a 2-hour film. But now we’ve expanded and diversified a little bit and are open to watching mini series, short films, anthologies that have been coming out or watching season after season of our favourite shows. So, you know,

Even the content has evolved and diversified. We see so many wonderful actors who may not have gotten their due in the mainstream space. I think it’s all great and I just hope that OTT continues to help us diversify content.

Q: You recently replied to this very ageist comment on your social media. Do you think that, trolls aside, there has actually been a positive change in how older female actors are getting accepted?

A: Now I have to say that I’ve been really lucky because I’ve been getting some really interesting roles so far in this latter part of my career. I did get them earlier too, but I would say they’re diverse now. 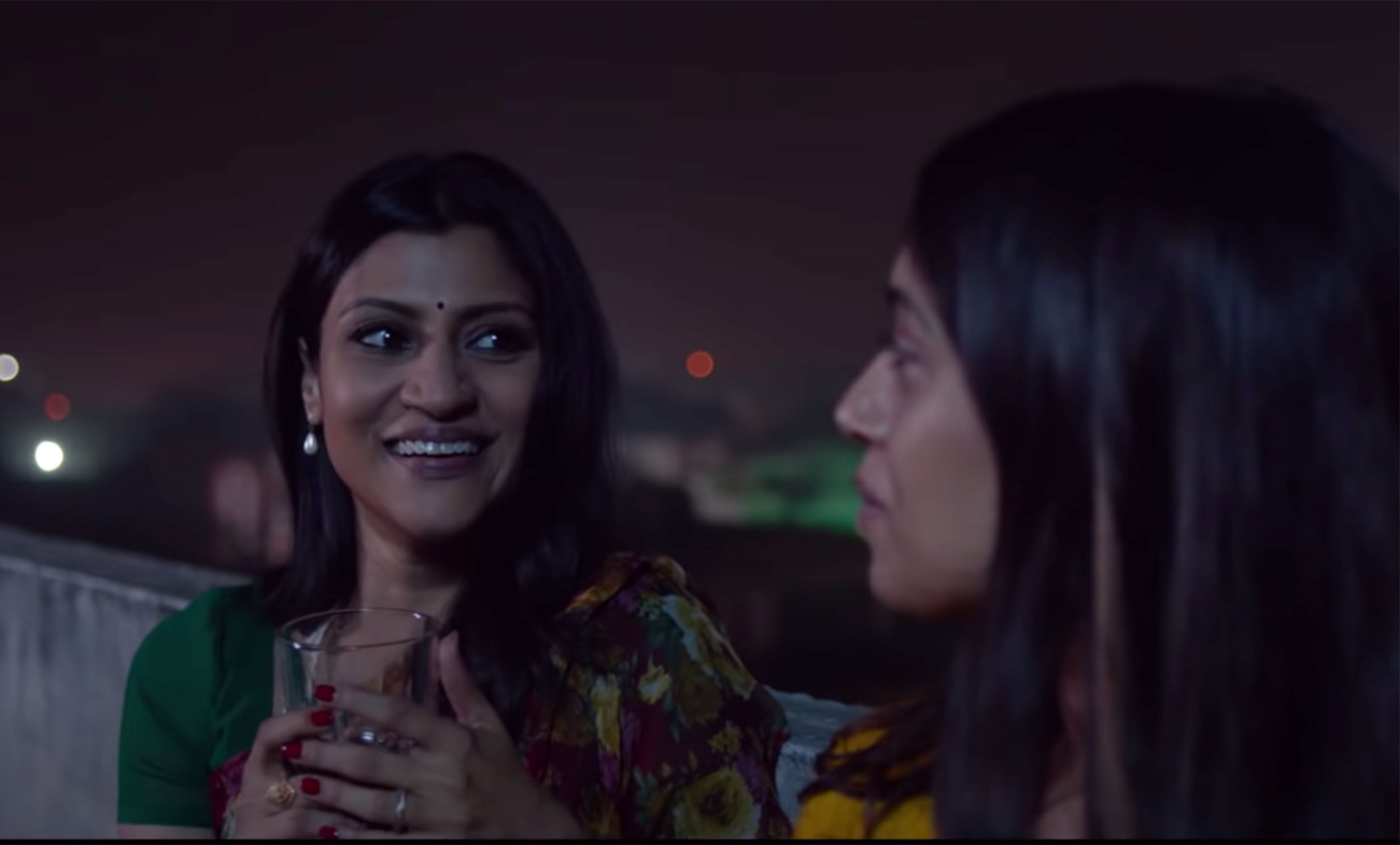 Earlier, I think that I was always playing, a very morally upright, good, correct, proper kind of a person with a lot of integrity. Nowadays, I have films like Dolly Kitty Aur Woh Chamakte Sitare, with a very unusual character who is not a perfect mother or a wife at all. She’s somebody who’s lying and stealing from her office and cheating on her husband and not always making the best decisions. But these characters are written like that. Again with ‘Geeli Pucchi’ in Ajeeb Daastaans, not a very typical character at all.

So, I’m actually excited that maybe now that I’m older, I don’t have to play the very typical, parts of how young women are seen and how they’re supposed to behave. Maybe, you know, age will be liberating in that sense and give me another chance to do different kinds or roles. I would love to do a villain or a dark, nasty kind of a character also. know, standing from yours answered.

Q: What do you think of the debate that goes on when there are morally ambiguous characters shown on screen, and there’s criticism around it?

A: I think it depends so much on us as an audience, what we accept and what we do not accept. I’m not saying that one should ever ban anything, you know? But we can hotly debate the topic. You don’t have to like everything. You don’t have to watch everything. But you can’t stop others from liking and watching what they do. I think that we have a very immature attitude nowadays of having a problem with every little thing; for example, you can’t show any profession in a bad light, and so on. If you can’t show anything then it’s a very sanitized, boring version of reality where we just have to work with satire and sarcasm.

Are we such babies that we have to be spoon-fed content and material that is full of toxic positivity? It’s really not my scene. I think some amount of healthy criticism is good!

Q: What do you hope that the audience takes away from Mumbai Diaries 26/11?

A: One thing that I think for sure will come out of watching Mumbai Diaries, which happened with me too, is that there’s a new respect for frontline workers and an added appreciation for all our first responders. It’s a very, very difficult job that they do and we must help them, appreciate that, and raise awareness about it, as much as possible.

The second thing is that, in general, if we can have compassion for other people, whether it’s doctors, nurses, or whoever else. We don’t know how other people’s lives are like. They may be different from you, they may be removed from you, they may not be like you. And yet, we don’t know much about their circumstances. So therefore, I think compassion should be the perfect takeaway.