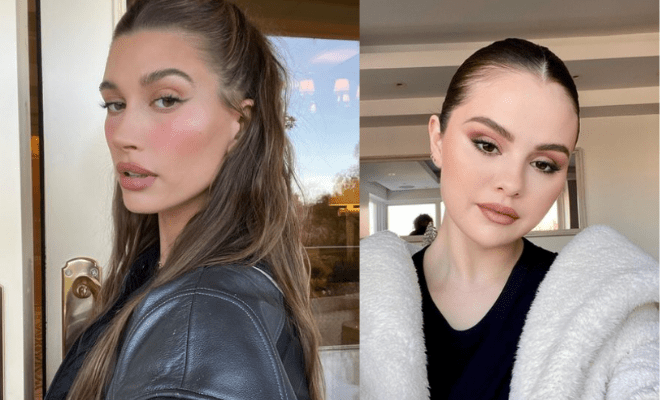 Selena Gomez Apologises After Being Accused Of Mocking Hailey Bieber, People Are So Annoying!

I know what it likes to be someone’s die-hard fan, you like them so much that you want to protect them at all costs. However, there are many people on the internet who can cross any limit to protect their favourite celebrities and it’s quite toxic, to be honest. Recently, Selena Gomez apologised to her fans after being accused of mocking Hailey Bieber in a recent TikTok video. Uff, people are so annoying!

You know, I was obsessed with Justin Bieber and Selena Gomez when I was in school and I was really upset when they broke up but I got over it. However, some people don’t know how to move on and now, they keep dragging Selena and Hailey for no reason at all. Recently, the ‘Same Old Love’ singer shared a beauty video on her TikTok account. In the video, she can be seen silently doing her skincare routine but some people accused her of mocking her ex-boyfriend’s wife, supermodel Hailey Bieber as she also shares similar makeup videos, make it make sense.

Also Read: Hailey Bieber Hits Back At Trolls For Comparing Her To Selena Gomez, Says ‘Be Miserable Somewhere Else Please’

According to some users, Selena Gomez was constantly rolling her eyes in the video and it made them think that she was throwing shade at Hailey. The trollers also pointed out that she twisted her eyes in every step, they need to get a life, to be honest!

After that, Selena apologised and said that she had no bad intentions. She also mentioned that she will delete the video.

free Selena Gomez from that man and his wife, like literally leave her alone and stop associating her with these people pic.twitter.com/UN9awlXymq

Also Read: Hailey Bieber Opens Up About Having A Stroke, Reveals She Had A Hole In Her Heart

Well, I don’t why people think that these two successful and independent women hate each other. No more assumptions, please!

Selena Gomez Talks About Staying Off The Internet For 4.5 Years. Says, “It Has Changed My Life Completely”