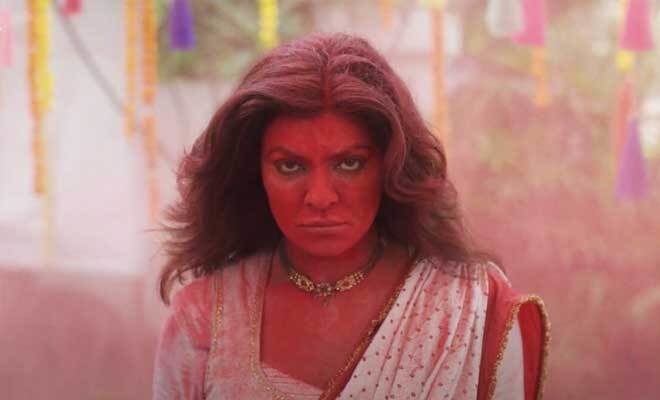 Aarya Is Back! 5 Thoughts I Had While Watching Sushmita Sen’s ‘Aarya’ Season 2 Trailer

Sushmita Sen made quite a successful comeback with Aarya last year. And now the anticipated second season of the show is finally here, and I am thrilled to experience the slow-burning aftermath yet again. Based on the Dutch drama series Penoza, the second season of this Ram Madhvani helmed show, that was recently nominated for the International Emmys, is all set to take the viewers on a journey with Aarya Sareen essayed by Sushmita Sen. Sticking to the suspense and offering a thousand nail-biting moments, the trailer opens with a message narrated in a deep voice by Tej Sareen played by actor Chandrachur Singh, setting the premise and taking the viewers along, on a series of mysteries that await to be solved.

With enthralling visuals, camera work that fuels tension, and background score that drops in time to compliment the narrative, here are 5 thoughts that struck me while watching the trailer of Aarya 2.
1. Sushmita Sen is back in action as Aarya, and I am just so thrilled. Playing a loving mother who juggles between life and death each day, some visuals as presented in the trailer clocked at 2 minutes 19 seconds with earsplitting sound, gently peels the narrative for the viewers, but soon halts to keep the suspense intact. A power-packed performance by the actress is what surely awaits to be witnessed this season.
2. Illustrating the many faces of a woman who can exceed limits to keep her family safe. The Aarya season 2 trailer expresses the growth and progression of Aarya’s character from a naïve, loving homemaker to now being crowned as the mafia queen. This parallelly mirrors Sushmita Sen’s growth as an actor as well, living through the challenges that the character offered her throughout the making.

ALSO READ: Atrangi Re, Starring Akshay Kumar, Dhanush And Sara Ali Khan, Releases Trailer. Who Is Akshay Supposed To Be?

3. Another exciting element of the second season, of one of the most popular narratives of the year 2020, is filmmaker Ram Madhvani’s attempt to explore characters played by actors Sikandar Kher, Vikas Kumar, Mayo Sarao, Ankur Bhatia, and Akash Khurana. And I hope to see more of them in the series as well.
4. All and all the trailer successfully played along with the deeply rooted excitement. But something I was eagerly looking forward to, was the slight shift in the character graphs of Aarya’s three children, Veer, Arundhati, and Aditya, which seemed a bit puzzled and missing. While the trailer barely talks about the family, I hope the series takes a lead on that.

5. Just like the title and every frame that makes sure to fit in Aarya played by Sushmita Sen. The Hotstar special solely shouldered by the actress brings back the flavour that many female-led OTT releases have brought to light. Which is letting the naris take the lead and own the narrative. And I am of course here to cheer!!
It’s a hopeful comeback of the Indian-crime drama which surprisingly does not find its roots in the interiors of Uttar Pradesh. And I am looking forward to the second season with my fingers crossed for it to live by the standards nailed by the first half.
Aarya 2 releases on December 10, 2021, exclusively on Disney Plus Hotstar.

Sushmita Sen Talks About How Her Boyfriend Rohman Shawl Is Better In The Kitchen. Gender Roles Mean Nothing To This Couple And We Love It