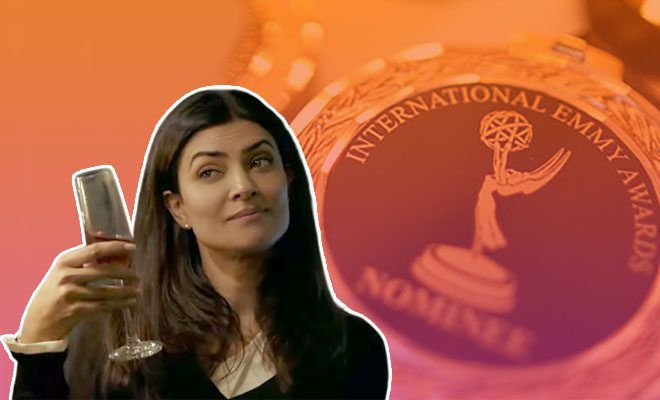 The OTT space in India has been brimming with great content, which as a reviewer and obsessive watcher of films and series, I absolutely love. But what makes me more proud is that we’ve been making waves internationally as well. For three years in a row now, OTT productions from our country have been scoring nominations at the International Emmys, from Lust Stories, Made In Heaven, to Delhi Crime and Four More Shots Please. And this year too, we’ve bagged three Emmy nominations for Vir Das, Nawazuddin Siddiqui and Aarya, the crime drama series starring Sushmita Sen!

On Thursday evening, the nominations for the International Emmys were announced. Aarya, on Disney+Hotstar, which was quite the well-loved comeback from Sushmita Sen, has been nominated in the Best Drama category. The show, created by Ram Madhavani and Sandeep Modi, is based on the Dutch drama series, Penoza, with Sen in the titular role of Aarya Sareen, a woman who leaves her family’s criminal past behind to marry a regular businessman. However, when she loses her husband, she must step back into it and protect her and her family from the circling dangers. Aarya also starring Chandrachur Singh, Sikandar Kher, Ankur Bhatia, Namit Das, Maya Sarao, Jayant Kripalani, Manish Chaudhary, Sugandha Garg, Vikas Kumar, and Virti Vaghani amongst others. And a Season 2 should be released soon. 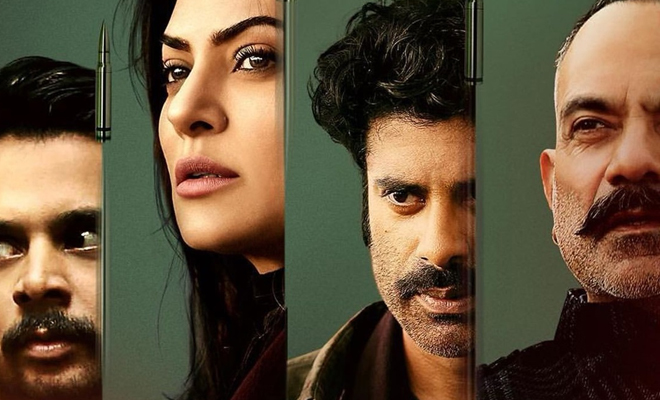 Sushmita Sen posted about the happy news on her social media.

Also Read: Aarya, Starring Sushmita Sen, Is A Lot About Women Dealing With The Aftermath Of Men’s Bad Decisions

Aarya isn’t the only one making us proud on an international platform. Funny man Vir Das has had quite the year. He didn’t even let the pandemic or the trolls or the biggest deterrent for comedians in our country—fear— stop him from inflicting incisive cuts with his humour. The comedian and actor has been nominated in the comedy category for his 2020 special on Netflix, Vir Das: For India.

Nawazuddin Siddiqui too has been nominated this year for Best Actor for his performance in Netflix’s drama feature, Serious Men. This will the second outing for Siddiqui at the International Emmys. In 2019, two of his shows, Sacred Games and McMafia received nominations in the Best Drama category, with the latter even winning the award.

Last year, the Shefali Shah starrer true crime drama from Netflix, Delhi Crime, which chronicled the aftermath of the 2012 Delhi gangrape case that shook the nation, won the Best Drama award art the International Emmys. Amazon Prime Video’s Four More Shots Please! had also been nominated, while Arjun Mathur received a Best Actor category nomination for his performance in Made In Heaven.

The 49th International Emmy Awards will take place on November 22, 2021, in New York City. There are 44 nominees across 11 categories and 24 countries. Here’s keeping fingers crossed for this year’s nominees from India!