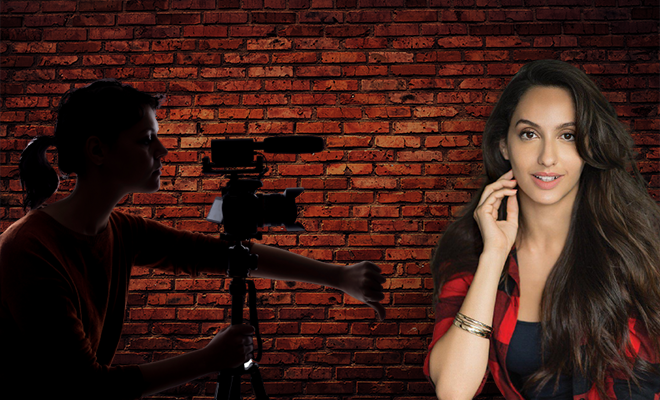 Nora Fatehi Was Screamed At And Called Talentless. This Industry Is Mean For No Reason!

The Indian society is full of paradoxes. We watch porn but slut shame the actresses who work in these movies. We’re crazy about cricket, but we force our kids to give up their playtime and focus on studies because “Har koi Sachin Tendulkar too nahi ban sakta na!” And we worship our filmstars, but frown upon the very industry that births them. Most actors, starlets and current superstars not belonging to film families usually have a backstory about their parents being angry about their choice to work in movies. And can you blame them? The industry isn’t exactly welcoming to outsiders. And while we get that it is a cutthroat world, I’ve begun to believe that it is needlessly mean. And this ‘mean girl behaviour’ is usually coming from the people who on the lower echelons. Take, for example,  what happened with Street Dancer 3D actor Nora Fatehi when she tried to join the industry and was rudely spurned by a casting director, who had no business being this harsh with her.

Nora Fatehi recently appeared on Kareena Kapoor Khan’s chart show, What Women Want, where she revealed how she was berated by a casting director for dreaming about entering the glam and glitzy world of Bollywood. So nasty was this experience, that she almost considered packing up and leaving even before she had put her foot through the door of Bollywood! She didn’t reveal the identity of this casting director, but spoke about the incident that left her demotivated and in tears.

“There was one casting director that I met in the first few months that I came to India. She almost made me feel like packing my bags and leaving. She said to me, ‘There’s too many people like you here. Our industry is sick and tired of people like you. We don’t want you.’ She was screaming at me. She was shouting, ‘You are talentless, we don’t want you.’”

What was particularly outrageous about this incident was that Nora wasn’t even the one who approached the casting director for work. It was she who had called Nora, to her house nonetheless, and then made her feel horrible for even thinking she could make a mark in an industry that was already overflowing with strugglers.

“I just left and I cried so much. I didn’t ask for it because that casting director called me, I didn’t even know who she was. She called me to her house and she sat me down just to scream at me. I was new in the country, so I was like, ‘Is this what everyone does here? Just call people to scream at them?’ Maybe what she said to me and how she said it was low-key a driving force.”

Also Read: Let’s Be Honest, We’re Also Responsible For The Mean Girls Behaviour Of The Clans Of Bollywood. We Love Sensational Entertainment And Gossip

Maybe the incident fuelled the determination in Nora Fatehi to make it despite all odds. And sure, today, she has carved a niche for herself in Bollywood, and it’s all taken as bridge under the water.

But as we’ve seen in several movies like Luck By Chance, which portray what happens behind the camera, or in the real-life casting couch and #MeToo stories about the industry, this place is needlessly demeaning the people who want to enter it. The person was simply a casting director, and while they are many times kingmakers, they’re absolutely not the final word. If you think someone is not up to the standards you are expecting, you can let them down gently. Nora was someone who came from another country to the industry for work, and I can only imagine how terribly lonely and devastating that must’ve felt like, to be rejected on your first few attempts at something you desperately wanted to do! You can be realistic and straightforward without being rude and crass and crushing people’s hopes and dreams.

That’s one of the biggest issues with the movie business, they are unnecessarily mean to newcomers! It needs an attitude adjustment and a crash course in manners. As for the casting director who did that to Nora Fatehi, she’s probably feeling the heat now!