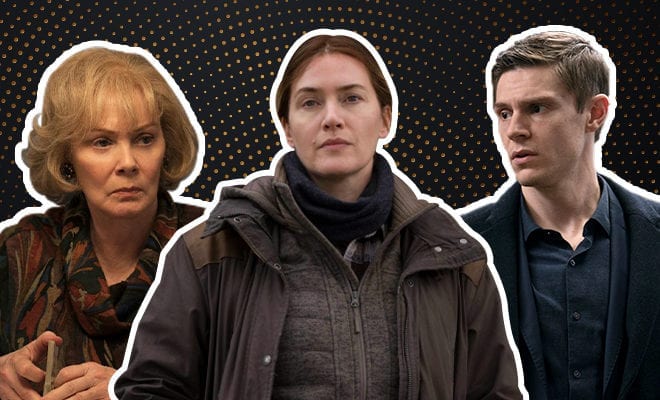 5 Reasons ‘Mare Of Easttown’, Starring Kate Winslet As A Detective Investigating A Murder, Ought To Be Your Next Watch

I have no qualms in making this declaration, and you can quote me on this, that Kate Winslet is easily one of the finest actresses of our generation. Her acting career, beginning in 1991, is just as old as I am, and with every stint, the British actress only adds to her repertoire of performances that are an acting masterclass. For me, her best performance will always remain The Reader, for which she won an Academy Award. But today, I want to talk to you, nay, convince you why you should give her latest television stint, the HBO miniseries called Mare Of Easttown, some top priority on your watchlist. The seven episode limited series, currently airing weekly on Disney+ Hotstar, has had four episodes out so far. It is real good television, a whodunnit set in a small town, made even more brilliant by Kate Winslet’s performance as Detective Sergeant Mare Sheehan of Easttown, Pennsylvania.

This article might contain mild spoilers for the first four episodes, but nothing that’ll ruin the enjoyment of watching it!

What’s Mare Of Easttown about?

The series follows the life of Marianne ‘Mare’ Sheehan, who is a Detective Sergeant in a small, quiet town in Pennsylvania, called Easttown. Just as in most small towns, this is one close-knit community where everyone knows everyone, but still everyone has some real shady secrets hidden in their closets. On paper, Mare is kind of a town hero—25 years ago, she captained the town’s basketball team to an epic win. She’s a cop too. However, developments in her personal and professional life turn her into this sort of an outcast.

A mother of two, son Kevin and daughter Siobhan, Mare loses her son, who had neurological issues and was into substance abuse, to suicide. The fallout of his death is possibly what results in her marriage breaking up. Kevin had a son, Drew, who is now Mare’s ward, and she raises him with the help of her daughter and her mother, Helen who moved in with them to help out. What also helps but doesn’t help is that her ex-husband is engaged and lives in a house right behind her’s. Oh and her daughter probably likes her father more than her mother.

Mare hasn’t dealt sufficiently with her grief; she tries and she struggles but most of that is inward. On the outside, she puts on this tough, coarse exterior, as if she’s trying to be the hero the town thinks she is. Unfortunately, that image is further crumbling because Mare has been unable to solve the disappearance of her friend Dawn’s young daughter for almost a year.

When another 17-year-old girl is found dead in the woods, and leaves behind a mystery of her death and the identity of her baby’s real father, Mare must investigate if there is any link between the previous disappearance and the new murder. Simultaneously, she must do so while navigating her lifelong friendships with the people she is supposed to look into. And grapple with her grief of child loss. And be a mother. And be a grandmother. And handle the romantic attention of the mysterious new writer-college professor in town and the much younger detective from County who has arrived to assist her on the case.

No wonder she vaping all the time!

Why Mare Of Easttown ought to be your next watch

You’re probably wondering, “Oh yeah? Small town murder mystery. Detective with trauma handling the case. All-around gritty vibe. What’s new?” This could be just another True Detective or Sharp Objects or Defending Jacob. Oh but let me explain to you in five steps, starting of course with the most obvious reason—Kate Winslet—why Mare Of Easttown will have you hooked and rather ravenous with your need for the next episode which is only due a week later. In fact, I’d go so far as saying it is one of the only drawbacks, and also what makes the slow burn buildup actually work in the series’ favour.

1. Kate Winslet as Mare, her Pennsylvanian accent, and that vape!

Ah yes, good, we’re back to talking about Kate Winslet, who is phenomenal as Mare. There’s a certain tiredness of wear and tear and going through the battering motions of what life throws at her out of a sense of duty to her town. It’s like she’s resigned to being the town’s version of a tough cop or her family’s version of ‘bad cop’, while everyone from her cousin to her ex-husband to her mother play the good cop. But her coarseness and brashness is all just a front for just how broken she is inside, and a distraction from all the pain and helplessness she feels at being unable to do anything to save her son, the missing/dead girls and her relationships with people. It could also be a way for her, a woman, to overcompensate since women in powerful positions tend to think they need to act more like men to hold on to that power.

You can see that Mare feels, and she feels deeply. There’s so much compassion and love and kindness there, in the way she protects her friends by covering up their minor transgressions, or tries to justify or explain her every action so that no one can call out disappointment. But Mare cares and feels, and that is what keeps her going.

They’d need to rent a semi-truck to fit all of the awards Kate Winslet deserves for #MareOfEasttown pic.twitter.com/S594GLS1Ps

Kate Winslet delivers it all, packed in deadpan dialogue deliveries, those tired, resigned facial expressions and with every single vaping action of her’s. Not that I condone the habit, but every time she vapes, it’s like she’s releasing some of that pressure off herself. It’s her look of judgement, her thinking stare, and her “okay, let’s move on”. I love it.

Every time Kate Winslet takes a hit from her vape on #MareOfEasttown pic.twitter.com/sEVhp6ZX9t

Now I am not an expert on American accents nor a Pennsylvania native to attest to this, but even I can see that Winslet nails the Delco accent, which, as per the W Magazine, is “characterized by its rounded vowels and shortened long-e and long-a sounds, perhaps most notably in the pronunciation of the word ‘water’ as ‘wooder’.” Just give her an Emmy already!

my takeaways from #MareOfEasttown are:

1. i can’t believe kate winslet’s commitment to a pennsylvania accent

2. i can’t believe jean smart’s commitment to playing fruit ninja on an ipad in every scene

2. Jean Smart and every scene between her and Kate Winslet!

I love the scenes between Mare and her mother Helen and a major credit for that goes to Jean Smart who plays Helen—the cool grandma who sasses her daughter at the dinner table, plays Fruit Ninja on her iPad like all the time, and hides ice cream inside the frozen vegetables bag in the freezer!

It’s evident from their conversations that Mare was much closer to her deceased father, which is a nice parallel to how Mare’s children also have better relationships with their father than with her, but for different reasons of course. Two scenes in particular—one where Helen scolds Mare for something illegal she pulled, and another, the very ice cream scene and the comedy of errors that follows, are some of my favourite scenes so far! And they’re also a testament to how smoothly the series can flit between gritty thriller to family drama to light comedy.

No spoilers but this is one of the best line readings I’ve ever seen #MareOfEasttown pic.twitter.com/9d7puyy3yd

3. Evan Peters, his suits and his adorable crush on Mare

Okay, you probably already think Evan Peters is so cute and awesome because of American Horror Story, X-Men‘s Quicksilver and his Peter Maximoff act on WandaVision. But we’re finally getting Peters as a grown up dude with a normal job, or so it seems. He plays Detective Colin Zabel, who has been called in to help out Mare on the case. And it’s easy to see how he is so fascinated by the way Mare does things.

Evan Peters is adorable as Zabel, but a someone on Twitter pointed out, he is known for playing the ‘cute but secretly a psychopath’ roles (he’s playing serial killer Jeffrey Dahmer in an upcoming Netflix series!), and everyone’s looking like a suspect right now, so could it be him? Who knows? I hope not, because his crush on Mare is just too sweet! I ship them! And I’m here for Kate Winslet and Evan Peters chemistry (sorry Guy Pearce)!

Kate Winslet and Evan Peters in #MareofEasttown are the unexpected comedic duo I really needed in my life right now pic.twitter.com/xTyq84mFlF

4. The small town that is the perfect setting for a murder mystery

I think the way Easttown is shown is such a commitment to it mirroring Mare’s on outward persona. It’s not some quaint little town with cute, landscaped gardens and white picket fences, and people gathering for sunny picnics. Even its community events are mired in greys, browns and greens, which is a dominant palette for the series. The town has character which is just as gritty and not pretty and broken down as the people living in it.

It’s good, even SNL did a spoof on it!

5.  The slow burn with which the murder and personal investigations unravel

Mare and Easttown, both have a lot hidden inside them. And you’ve got to have patience (don’t worry, it isn’t slow or boring) because it reveals its cards one at a time. For example, when you meet Mare, the grandma, you don’t instantly find out that Drew is her deceased son’s son or that her son is even deceased. Similarly, the Every aspect of the lives of Easttown’s residents, as well as Mare’s personal history and her character are peeled off slowly. And each revelation is… not shocking, but rather ‘telling’, like when you find the missing piece of a puzzle when you already know what it will look like once completed. It’s delicious fun.

#HBO always has the best shows but even with that, #MareOfEasttown is one of the best shows I’ve seen in a very long time. The writing and acting are both phenomenal.

So please go, and check this one out. Kate Winslet totes deserves an Emmy nomination for this one, and if you’ve seen the promos for Episode 5, things are about to get intense! Basically, I want to do exactly what The Princess Diaries author Meg Cabot has tweeted about:

All I want to do on Sunday nights from now on is watch Kate Winslet vape, eat chips and hoagies, drink beer, question teenagers, and get asked out to dinner by dudes who are in love with her #MareOfEasttown #HBO

Mare Of Easttown is currently streaming on Disney+ Hotstar for Indian audience, and drops new episodes every Monday morning!

Can We Talk About The Surprise Joyride That Is ‘The Mitchells Vs. The Machines’ On Netflix? Watch It Now