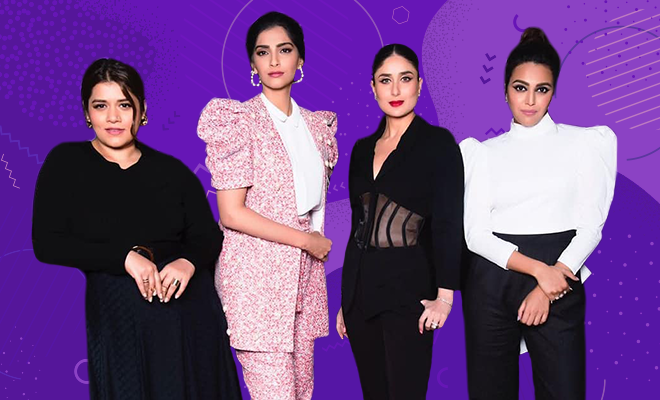 Women Reveal The Gender Biases They Face At Work

It amuses me how the world is so oblivious to the gender biases they hold against women. Even the people who want to be or pretend to be woke will end up subjecting you to shit that nobody deserves. For instance, simply assigning all homely duties to the women of the house while men get to sit on the dining table, with one leg resting over the other, engrossed in their newspaper, or phones.

Why is it that women are expected to have natural creative skills, nurturing skills, and have a genuinely soft personality? Our families expect women to be soft-spoken while men could be hurling abuses at the television set during a cricket match.

Worse is, even when you escape the chains of social restrictions and stereotypes, into the professional world, gender biases still don’t let you be. They said study well, get a degree, get internships, work hard, follow your dreams—and you will be able to succeed. But they never mentioned you’ll have to shatter glass ceilings, fight patriarchy, constantly be undermined, and find the perseverance to keep going.

Gender bias at work exists and we all know that. Some women, though, took to Reddit to voice the biases they experience at work for being a woman. You’ll find these relatable.

“I’m an engineer who went to 7 years of engineering school and I’ve told my boss that I wasn’t his secretary several years ago. Not that there is anything wrong with being a secretary but I wanted to be an engineer. But yes, there is the expectation at times that women organize events, when lunch is brought into the office, checking the mail, unloading the office dishwasher. I don’t mind helping out once in awhile but it’s not my job,” a woman pointed out. Home or work, turns out women are just there to assist.

Excess scrutiny over the way we dress

“People thinking that if you wear dresses and heels to work and put any sort of effort into your physical appearance, that you are just trying to impress the men at the office. Um, no. It’s because I like wearing those things,” a woman explained. Nobody cares what men wear, as long as they follow the dress code. Such gender biases make even dressing for work stressful! Women are judged for their clothing as if we wake up in the morning and wonder what Amit from Accounts would like.

“I was promoted to Team Leader, which is a role that only men in our office had at the time. It took me 9 months of “training” (doing the job I had already been doing for 6 months) and endless excuses (“you took a sick day 8 months ago”, “you were almost late a week ago”, “the probation period is 3 months, 4 months, 6 months”, etc) before they finally agreed to give me the official title and a pay rise. My manager said I was the best team leader he’d ever had and championed me until I got it,” a woman revealed.

She further added, “They hired a guy who couldn’t even save to PDF and within 3 weeks he had passed his “probation” and was my co-team leader on the same wage. I ended up doing my own work and the work he wasn’t capable of doing. He sat in on meetings and I was told to make coffees.” Maybe because it’s not like women need the money, right? We are just here, wanting to have a busy day, looking pretty and maybe a little pocket money. Not like women have goals. Let’s just give men all the seats and leave one or two out for women because you know, to sound like an equal opportunity employer.

“I am married to a surgeon and several people have voiced their opinion on me actually running my own company because I am supposed to be the typical trophy wife. They assume my company is prosperous because of my husband. I have 2 masters degrees but I’m married to my husband do obviously he is the one who really pulls the strings que eye roll. Sorry to burst their bubbles but I am not the submissive trophy wife they expected and I will not be disrespected just because I married a surgeon,” a successful female entrepreneur pointed out the gender biases. So now your husband’s success is also your problem?

Another woman affirmed, “Being told “you only got that because you’re a woman” when being recognized for literally anything in the workplace.”

Male subordinates not respecting your authority

“I’ve observed a couple of times a younger male employee will take the direction and advice of the male supervisors without question, but argue with and question the expertise of the female supervisors. It’s not rampant, but I’ve seen it happen and wonder if they just automatically assume that the women can’t really know what they’re doing, even if that woman has been in the industry for decades and is in a position of authority,” a woman explained. I have seen this happening. Unfortunately, I have seen men who are not quite obviously misogynistic do this. They will happily accept commands from a male boss but a woman being assertive will be called a bitch.

Being looked at as too emotional

“If you speak up, you’re either emotional or hysterical or some gendered slur. If you don’t, people walk all over you,” a woman wrote. “It was many many years before I finally had a boss who was frank enough to tell me “The older 3-Letters of this company (CEO, COO, etc) tend not to invite women to these types of meetings, because they’re afraid they’ll bring emotion into it.’” Another woman added. These gender biases are disgusting!

ALSO READ: As Women Face The Double Burden Of Working From Home And At Home, Corporates Try To Sensitize Men To Contribute More At Home

Assumed to be frolicking away if not supervised

“It is assumed that men are competent and that women are incompetent. Working in a lab I have seen men with no experience or knowledge being handed work above their ability without a second thought while other women and I are constantly monitored and fussed over even performing basic tasks,” a woman explained. Again, I have seen this happen. All-women teams are more monitored as if it’s in our DNA to just chatter away and have no sense of official work.

ALSO READ: Dia Mirza Had A Woman Priest For Her Wedding And We Love How She’s Smashing Patriarchy