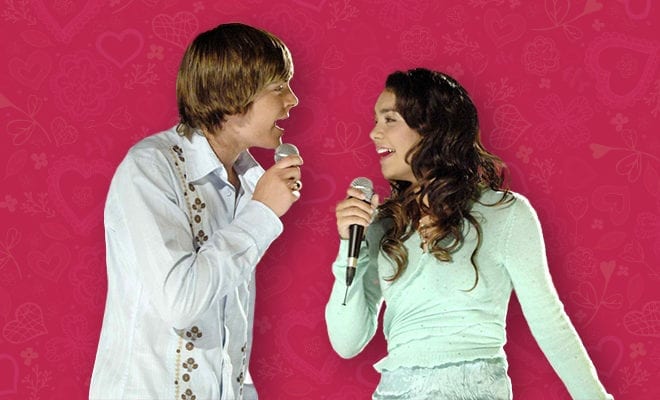 Okay, I go first. I had a week long crush on this guy in high school (in Mumbai, it’s college!) And to be honest, I felt he liked me too. I would often catch him staring at me, in class and in chemistry practicals. One day, he was holding a test tube over a flame and our eyes met, we both were quiet. That, until the test tube overheated and shattered making a loud sound and catching the attention of the entire class. It was cute while it lasted. For years, just out of curiosity, every now and then I wondered what became of him but I didn’t remember his last name. And then last year, I found him on Facebook and his profile was so lame. I felt maybe I shouldn’t have wondered what happened to him over the years and shuffled the cute image I had of him.

Having said that, I am not the one to care for crushes or exes much. I don’t wonder about the possibilities. I am glad it never worked out with any of them. If someone asked me about an ex-crush, I would just laugh it off as a silly experience that passed.

Crushing on someone is very common when you’re in high school. Everybody has a couple of them, in fact! Maybe you liked someone a lot and in that moment felt bad things didn’t become anything with them. But years later, do you feel they were not your type? Do you miss them? Do you regret liking them? Or do you not think of them at all?

When someone asked the women of Reddit what they thought of their high school crushes, they got candid and reflected on the past.

When you still have a sore spot

“Yes, because we were in a very serious relationship a while after we graduated. It was a bad break up, but things are amicable now. We’re not friends because I’m still a bit of a sore spot for him, but I think of him fondly whenever I do think of him,” a woman wrote. Oh well, a classic case of I think of him fondly but don’t want him!

“Once in a blue moon I still think of him. He’s still in my home town, still married, has three or four children, has put on weight and lost most of his hair. He looks much older than his age now. I haven’t seen him in about seventeen years,” a woman wrote. That’s a long time, a lot has changed!

When you realise he wasn’t your type

“I had the same crush for a few years, and after high school didn’t really think about them anymore, but I randomly saw them walking in the town I live like 2 weeks ago. They hadn’t changed a little bit, and I immediately texted my best friend “remember the guy I used to talk to you about like, every day” He’s not my type of guy though, probably never has been either,” a woman wrote. Another woman said her crush would have been a great friend but not a good boyfriend. “Not really, it was an unrequited crush that leveled off as we got older. He was a good friend but would have been a crap boyfriend. I haven’t seen him in 25 years,” she wrote. This is the best one…you know like Monica realises Chip wasn’t really her type!

When you become friends

“Oh dear, he is wonderful, really as a person he just so sweet and treats me like a human being… had a crush on him since junior school and he rejected me. We are both 28 now, friends and he likes me and I kinda like him but i am not physically attracted to him. Sweet guy though. I will always have a soft spot for him,” a woman wrote. Another added, “We’re still super close, he is weirdly proud and we find it hilarious that I liked him in high school and he liked me, but that our crush timeline never overlapped” At least, you have friendship! And that’s definitely better!

When you get married to him

“He’s right beside me and I think he’s cute,” a woman shared. Another woman wrote, “He’s at work right now, but I can’t wait to see him later when he gets home.” In fact, one has baby no. 2 in the pipeline! “Yes I do, I married him! We have a one year old and just found out we’re expecting baby #2. I’m very very proud of the man, husband, and father that he has become. It has been truly wonderful to grow up with him,” she shared. Marrying your high school sweetheart? So romantic!

ALSO READ: Women Reveal Things That Seemed Cute During The Relationship But Were Actually Toxic