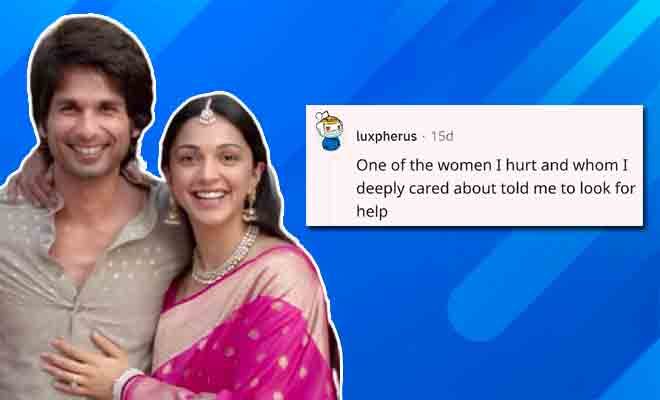 Men Who Were Formerly Toxic Reveal On Reddit What Made Them Change. It’s Insightful

They say that change is the only constant and I agree. I’m a firm believer in the fact that people can change if given a chance. I mean, we all have changed. We are not the same people we used to be and that is okay because it means we’ve grown, learned, and relearned things. I also believe that no matter how good (which is subjective) we are, we are the villain in someone’s life. But one thing common in all of us is that we at some point in our lives have exhibited behaviour that is toxic for others as well as ourselves. And we all have either changed for the better or are making efforts to change for the better. Just like these men online who used to be toxic once upon a time and now have changed for the better. They’ve come on to Reddit and opened up about what really made them change.

Recently, one of the Redditors asked his fellow men who used to be toxic in the past about what made them change. He addressed these men who at one point have been toxic for others and at times even for themselves, and asked them to share stories that made them change themselves for the better.

Ex-toxic men of Reddit. What made you change? from AskMen

Also Read: Women Reveal How It Is Going From A Toxic To A Healthy Relationship

The thread got a bunch of replies where men credited female friends, aging, loving oneself to learning about one’s self, and more for their transformation And all these replies are downright heartwarming, relatable, and truly emotional. For many, it was either being called out by someone or a sudden realization that holding on to hatred is not worth it. Perhaps, these replies can help other men introspect and change too.

Changes are the only way a person moves forward and grows. It is all about being open to it. And these men online who were toxic in the past and now have changed are the ideal examples of that. If a person wants to change themselves for the better, they should be encouraged and supported. One just needs to try and be good and be kind—to others and to themselves. Maybe then one can realize that the world is not all that bad; it has some good still left in it.

5 Ways Toxic Positivity Is Bad For Your Relationship