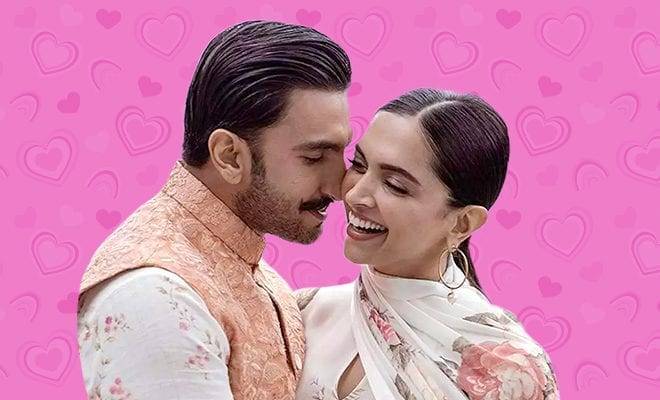 The thing with a toxic relationship is that when we come out of it, we don’t walk away unscathed. Our perception of romance and relationships gets scarred and adulterated by the anxiety we experienced back then. For instance, I have this general anxiety that something will go wrong, something has to go wrong, eventually in the relationship. Like when someone has me, they will change and all that niceness will go away. But I am learning to let go of that fear; not everyone is just into the chase. Sometimes, they love you and be the same good person you fell in love with, forever.

Our perception of relationships gets so tainted that when we get into a healthy relationship, it takes us by surprise. It’s almost like you’re expecting those triggers to show up and when they don’t, you’re just like ‘Is this for real?’ It’s so sad but it’s also really beautiful that you’re finally out of that shithole of a relationship and into one that brightens up your life.

So when someone asked the women of Reddit, what changes they felt going from a toxic to a healthy relationship, ladies poured their hearts out.

You’re not walking on egg shells

“Not having to apologise for having an opinion or apologise for some imaginary slight. Having actual kindness shown to me without there being consequences,” a user wrote. Another woman added, “How easy it is to resolve issues when you can actually voice your feelings and opinions without starting a fight.” You don’t have to be worried about expressing your opinions or having an argument. Toxic relationships won’t give you that.

You don’t feel manipulated to have sex

“My toxic ex never made me have sex when I didn’t want to, but if I said no it was always an issue/argument and he always guilt tripped me about it – sometimes for days at a time and would bring it up the next time I said no too. Ironically this made sex always feel pressured, so actually made me say no more, even if I was actually feeling it,” a woman wrote. She added, “The first time I said no to my current partner – an actually healthy relationship – he had a normal response of just “ok, what film do you want to watch”. I was overwhelmed that it didn’t turn into an argument/guilt trip and started crying. Id never realised how much it had affected me in my previous relationship.”

Honestly, I was surprised with the number of women who wrote that their exes too emotionally manipulated them to have sex when they’d say no. It’s so common; clearly, consent is nowhere in the picture. What is this if not sexual abuse?

They actually love you and aren’t lovebombing you

“Maybe how unprepared I was to be happy,” a woman wrote. She added, “Then there’s the liberating feeling I got when I realized this person was being nice to me for my sake, and not so he’d be able to use it to manipulate me.” There’s no hidden agenda. They won’t be showering all that love on you so they can get you to do things for them or so they can make up for their shitty behaviour otherwise. This is so typical of a toxic relationship.

They won’t stop being nice after the chase is over

“When my boyfriend and I got together, I was so cautious because he was so nice. legitimately asked him “hey I’m just going to be fully transparent here… now that we’re together are you going to stop being nice to me?” And he looked at me, baffled, and said “what? No. Im giving you who I am, and I will always do that”,” a woman wrote about how she always doubted the niceness will fade away.

But it didn’t and it is so heartening! “4.5 years in and he still brings me breakfast in bed everyday, asks me how my day was and listens to the answer, scratches my back before we go to sleep every night, and tells me his favourite thing about me is how sensitive I am (I used to get yelled at and made fun of for being “too sensitive” for being upset when my ex would insult me),” she wrote.

ALSO READ: 5 Signs Your Relationship Has Become Toxic And You Should Let Him Go

“I always thought I was jealous and insecure, but it turns out I’m not at all. It took me a while to get over it with my SO, but my anxiety is almost entirely gone and I don’t ever get jealous or insecure,” a woman pointed out. Sometimes, it’s our own insecurities that clouds our judgement but sometimes, it’s also because the guy triggers you with certain behaviours. “I know what we have and I don’t have this fear that he’s going to leave. My ex did subtle things to make me jealous and insecure all the time, and I was just reacting to how he treated me,” she added.

May we walk out of a toxic relationship and accept the goodness of a healthy relationship. All of us deserve that!

ALSO READ: Trishala Dutt Opens Up About Being In An Abusive Relationship. She Says, “He Treated Me Like Trash”.