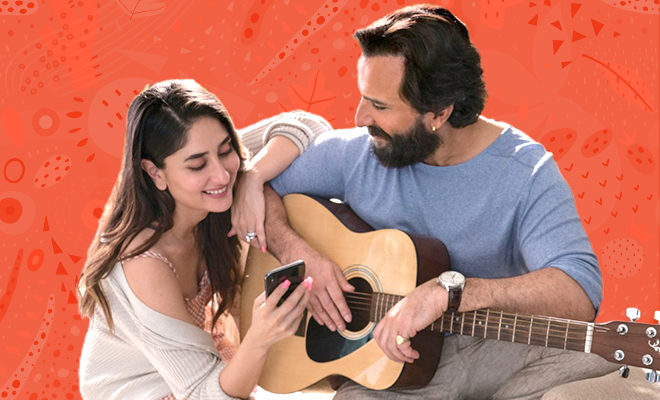 Men Reveal The Romantic Gestures Their Partners Did That They Cherish

Someone may like receiving flowers; someone would prefer their partner helped them pick up their laundry instead. Our perception of “special” may be different but all of us want to feel loved, in one way or the other. Just loving someone isn’t enough, you should make them feel loved too. And that’s what counts. I am not saying we stick to traditional methods. What makes me feel special? The fact that he put a lot of thought into buying me a present, thinking about what I’d like. It doesn’t matter how expensive or inexpensive it is. I’d feel special when he remembers the little things I told him, when he’d be willing to drive down miles to see me or treat my midnight hunger pangs like an emergency. That’s so romantic!

Of course, this is love for me. Romantic gestures are like icing on the cake. Similarly, I like to shower my love on my partner. I was surprised to know that men usually don’t get romantic gestures from their partners. I mean, yeah, the gifting industry does put it in a way that men are supposed to do these things for women. But no, they deserve a little love and pampering too!

So when someone asked men on Reddit, “What is something that someone has done for you that you found amazingly romantic,” the thread was filled with super grateful men! It’s really adorable and maybe you will find some ideas to make your man feel special too!

“In high school I told a girl I was talking too that I really liked it when she wears her hair down and doesn’t straighten it (her hair was naturally wavy/curly). We stopped talking because I was an idiot and then one day from across the hallway she calls out to me “u/htxbuay!” and then spins around and points to her hair, down and curly, and continued to walk to class lol. It was sweet and I was surprised she had remembered some small comment I made weeks earlier,” he wrote. It’s sweet, right? Like if I tell my bae I like white shirts and he wears it for me, I will just stand there staring at him with puppy dog eyes. And if he told me he likes kajal on me, and I agreed with him, I’d totally wear it. In moderation, this is cute!

“She folded my laundry when it came out of the dryer. I didn’t ask her to. I didn’t expect her to do it. She didn’t just fold it. She ironed my shirts. I hardly do that. I was so floored with emotions. I couldn’t express them let alone properly,” a guy wrote. Oh, well. Coming from a culture where women are largely expected to do this full time, I have a bias against it. But I am sure he means well! If someone did that for me, I’d feel special too. Dear future husband, don’t buy me flowers, you can do this instead. Thanks!

“The only one that sticks out in my mind is an ex got me flowers. Two sunflowers dyed red, both my favorite flower and color. They remained on my work desk, well cared for, until they died. I remember being sad that they died. Only flowers I’ve ever received,” a guy wrote. That was the only romantic gesture? Men deserve flowers too!

“Made me a playlist on Spotify,” a guy wrote. Sure, if I do that, he’ll be more worried I am ruining his song recommendation algorithm!

“My ex used to get me small gifts, of my favourite animal. I gave a lot of the gifts back, but I’ve kept some because they mean a whole lot to me. As does she,” a guy revealed. That’s adorable!

“Have a friend, turned lover, back to friend that cooks for me. It was very frequent for a while. Almost every day at one point. I would always try to return the favor in some way but she wouldn’t let me. I grew up very poor and starving. It took a while for her to admit that she’d cook for me to make up for not being fed as a kid. We have a weekly thing where she’ll come over and cook. Another thing she’ll do for me, I mean it’s on pause because of rona, is make plates for me. I have resting tremors that get worse with dehydration or anxiety and makes handling utensils hard. So when we’re at a cookout or at a restaurant where we need to make our own plates, she’ll do it for me. I’m a six foot two grown ass man getting served by a five foot woman like a baby, but it makes me feel so loved,” the guy wrote. This is such a sad, sweet story. Honestly, I think being taken care of really does make people feel loved. That’s just mommy dearest for me though!

“My girlfriend made me a heart shaped box, filled with rolled up strips of coloured paper. When I unrolled them, each one had a reason why she loves me and why she thinks I’m awesome,” a man wrote. He further revealed, “Years later when we married, she surprised me by playing a song from my favourite film (The Princess Bride) as her walkout at our wedding. I love her so much, I make sure I always do the little things to make her smile.” Women probably don’t do it as often, but when we do, oh, it touches your soul!

“She took me out on a date. It was the first date I had ever been taken on. She planned the whole thing. We met up at a coffee shop, we went to an oddities store, went to one of her favorite restaurants, And then she took me to a magic show. Spending 10 years of doing all the planning and logistics of dating with multiple women, it was the absolute best feeling in the world to be treated like that,” a guy wrote. That’s actually a wonderful thing to do! Why should men plan all the dates?

“Had just started seeing this girl, only been dating for about 2 months and one day she’s texting me and asks how works going and I tell her I’m at home cause I’m sick, thus girl ordered pizza for me from my favorite place got it delivered to my house and then she came over after she finished work to give me some cold medicine and M&Ms (i love M&Ms),” a guy wrote. Forget everything, I want to be friends with this gal! Please send pizzas over, thanks!

ALSO READ: Men Reveal What About Their Wife’s Pregnancy Surprised Them The Most

“For Valentines’ day, my girlfriend got me a small succulent in a hand-painted pot. she loves succulents and plants in general and she knows how much i love hearing her talk about her plants. she decorated the pot with hand-painted flowers and dolphins that must have taken AGES to paint. i love that succulent like it’s my first born child,” a man gushed about his customised present. I think when women are in love and with a well-deserving guy, we are just amazing at making him feel special. So romantic, innit, ladies?

ALSO READ: Men Reveal The Cutest Things Their Girlfriends And Wives Do