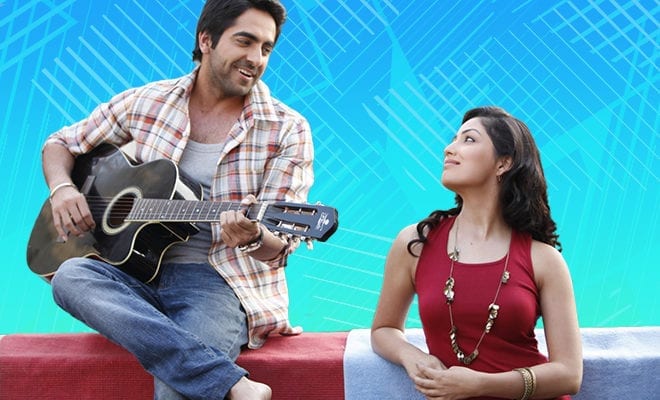 Men Reveal The Non-Negotiable Qualities They Seek In A Partner

I don’t get into relationships which have no scope of a future. What if I fall in love? Why should I knowingly get my heart broken? So when I go out with someone or date someone, it’s because they check out. If by chance, I fall in love with them, I’d want things to not end. So will I let myself get attached to a guy who doesn’t care about his future or would expect stereotypical gender roles from his wife? Nope. I have some non-negotiable traits that I seek in a partner and I won’t date anyone who doesn’t check out.

Someone asked men on Reddit what traits are non-negotiable when it comes to a long-term partner. Men flooded the thread with comments that were insightful to say the least. Why is it that when you ask a guy in person what he is looking for in a partner, he goes blank? I get such vague responses! Like erm, “simplicity” or “loyalty” and all that. That’s it? So how come you end up not dating so many women even though they may be down to earth and loyal and all that?

Thankfully, on this platform, under anonymity, men revealed what really they look for in a partner. No camouflaging, no vague answers, just the real, raw truth. Turns out, I believe women are not very different; we want the same! What do you think? Here’s what most men are looking for in a partner.

“Undervalued quality in our times,” a guy wrote about wanting his partner to be empathetic. “Kindness, that one is the bare minimum for me to interact with a human being,” another guy added. “I have seen the difference that kindness and sweetness makes,” one user vouched for it! These are like core qualities that make a decent human being. So definitely important!

“Seriously. Conversation is essential but when you’re talking to/dating someone who just never shows any curiosity about you or your life in general?? The worst,” a guy wrote. If someone loves you, they should want to know about you like people wanted to know the ending of Game Of Thrones.

“Someone who doesn’t need me but wants me beside her all the same, and makes it clear frequently (that she wants me there),” a guy pointed out. “A healthy level of independence in both opinion and time. After coming up on 15 years we would have killed each other if we couldn’t agree to disagree, and didn’t have outlets/hobbies/friends outside of each other,” another guy added. Prioritise your partner if you must, but have a life of your own, girl! You need your girls’ night as much as your “Netflix and chill” with bae.

“My love language is based in words of affirmation, so someone vocal about their feelings and thoughts I guess would be my biggest thing,” a guy wrote about wanting verbal affection. “Caring and comfortable showing affection in public. I’m not saying making out in the Wendy’s parking lot, but I’d prefer is she’s comfortable with a hug when other people can see us. My ex was not a fan of most physical contact, especially with other people around. I kinda need that in a relationship,” another added about PDA. What is love if you don’t express it?

“Communication. I’m not a mind reader,” a guy expressed. “It’s the main reason why none of my previous relationships worked out. ‘Even though I asked you to leave, I didn’t actually want you to leave’,” another user added. “Communicate your thoughts/problems/concerns. Everything can be talked about and together, we’ll find a solution,” a man pointed out how it helps solve problems and relationship concerns.

“It’s so so important, It’s not the most deciding factor, but if you lose that wanting to be intimate then there will be problems, I’m talking about the average person, not some one that is Asexual or the many other factors. I don’t want a roommate, I want a partner in and out of the bedroom,” a guy explained. Dead bedrooms can ruin a relationship. Being sexually compatible is so important!

“If I can’t trust her then there is going to be a ton of issues. If I can, I’m a very laid back person. It goes for my friendships, I have a very few close friendships that are completely built on trust and that’s why I’ve stayed friends with these people for most of my life,” a guy revealed. If you can’t trust them, can you even be dating them without anxiety?

Ability To Call Out His Bullshit

“Definitely not someone who either loves me too much to call out my bullshit or my mistakes. Or someone who’s too scared to say things to my face,” a guy wrote. “That loving you too much to call you out bit is SO fucking important. Had a really bad breakup last year where a girl who always treated me like I was the greatest person ever broke up with my out of the blue for a laundry list of reasons that she’d never mentioned before. Getting so much surface adoration from someone feels great at the time. I loved the way it made me feel about myself… until all at once being confronted with the reality of my many flaws. Made me realize I wanna earn that level of affection from someone by actually becoming the guy she treated me like I was,” another guy affirmed! Seriously sis, don’t hesitate to call him out because tough love is important and you should know what you deserve!

“Someone with ambition; that is the base quality I’ll seek in a partner, it’s so much fun and joy to see them try and succeed,” a user wrote. “They don’t have to constantly be chasing a goal, but I want someone who dusts themselves off if they get knocked down,” another guy added. Dear men, women are ambitious too. It’s just that the pay gap and glass ceilings make it harder for women to achieve what you get with half the difficulty.

ALSO READ: Men Reveal The Romantic Gestures Their Partners Did That They Cherish