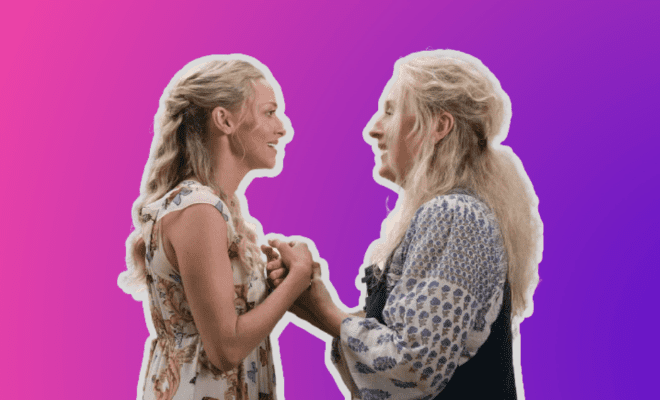 I don’t consider myself to be ‘badass’ but I do know that I don’t tolerate nonsense and call things out as they are. I have been told that I have a very open and accepting mind and tend to remain calm in high-pressure situations. Now before I give myself credit for all these attributes, I must say that it is because I was raised the OG badass woman, my Nani.

If I am to tell you why I hold my Nani in such high regard, it is simply because she was the definition of an independent woman. She was a graduate degree holder (which was a big deal for the men of her time, let alone a woman). Moreover, in the 1970s, she, as a woman, was the one who divorced her husband while having a daughter, my mother. My Nani chose to remain single and be a single mother. She raised my mother and educated her to hold a master’s degree; all while holding a stable job and looking after her household. She was a woman very ahead of her times as she managed to pull all this off without depending on a man, something many women even today find intimidating and societally frowned upon.

My mother took a pretty traditional route in life as compared to Nani. She is a homemaker and has been with my father for almost 27 years, with him being the breadwinner and authority figure of the family. Considering how different my mom’s and Nani’s motherhood journeys are, I got curious this Mother’s day as to how it must have been growing up with a single mother back in those times and how has my mother’s experiences differed from Nani’s. So I decided to interview Mom and see what she had to say:

1. How would you describe your relationship with your mother?

My mom and I had a typical mom-daughter relationship. She was an extremely patient and loving mom. As she was a single mother, she tried to be both: a father and a mother to me. And might I say, she succeeded. I was a brat of a child, always taking advantage of the fact that mummy was very pampering. But the more I grew up, I think I tried to understand her and be her partner in life. I don’t know if I succeeded but I always looked up to her and she was my role model.

Also Read: From Feeling Like My ‘Worst Enemy’ To Being My Closest Confidante, How My Relationship With Maa Changed After Marriage

2. Did you ever feel like there was a lack of understanding between your mother and yourself when you were growing up?

Yes, of course! There was a generational gap between us as is the case with all parent-child relationships. But the differences between us were not as much as I observed with my other friends and their parents. She was quite broadminded and gave me my own space. We still did have our differences but didn’t dwell on them much. We just kinda agreed to disagree. Which is very hard for parents to do at times.

3. Considering the differences in the situations you both raised your respective daughters, do you think that there are any major differences and challenges in your individual motherhood journeys?

Mummy definitely had it harder as she was playing the role of both: a mother and a father in my life. She was a working mother. As a result, she really struggled to juggle our household and her work. However, I have mostly been a stay-at-home mother. I didn’t really have to worry about time or finances as mummy did. Secondly, she was the sole decision maker in our lives. So she had freedom but a lot of responsibility on her shoulders. She was bold, stubborn and had strong willpower which made her a super confident woman; an attribute I believe I lack.

Also read: Mother’s Day 2022: 7 K-Dramas That Are Perfect To Binge-Watch With Your Mom

4. What are the things you were only able to understand about your mother once you became a parent?

I think began to appreciate her more after I became a parent. I understood her love and all the sacrifices she made for me in her life. I understood her struggles as a young single mom in those times living in a very traditional society. She even protected me from snarky relatives who were orthodox and narrow-minded and would go out of line with me. She was a lioness protecting her cub.

5. Is there anything from your mother’s single parenting that you’ve carried forward to your own motherhood journey?

I think I have tried to be an open-minded mother to my daughter. I have tried my best to be a friend and confidante, with whom she can share the perils of her life. Considering that she feels comfortable sharing most things with me, I have been fairly successful in that. If I am half as good of a mother as my mom was, I will consider myself to be successful.

My Nani passed away due to cancer almost a year ago. While there was a lot of regret, pain and an irreplaceable void that her passing left; one thing that my mom and I both have taken pride and comfort in is the fact that she lived her life exactly the way she wanted to. Nani didn’t allow society or family to dissuade her and did her best to provide for her daughter and subsequently, me. So here is a Happy Mother’s Day to many such badass moms such as my Nani, my mother and yours!