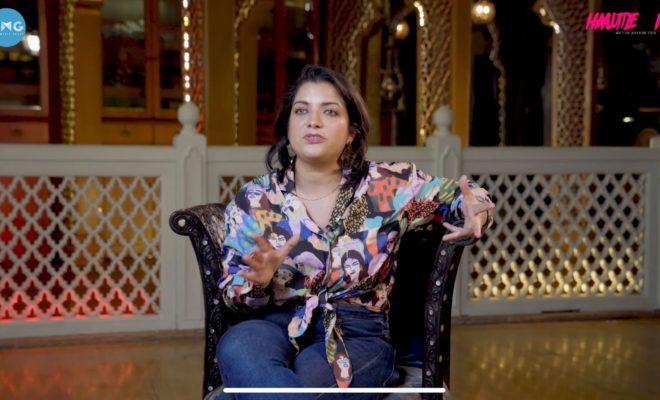 When Miranda Hobbs in Sex and the City described successful women as less desirable, she wasn’t wrong. The issue was not just prominent in the 90s but even today heterosexual successful women across the globe find it difficult to find men they are compatible with. The reason why these successful women find smaller dating pools has a couple of reasons. In an interview for Hauterrfly’s recurring series, Hautesteppers, famous comedian, writer, and actor Aditi Mittal explained how the dating situation is especially bad for successful women.

Successful Women And Their Self Worth

Aditi Mittal is a famous stand-up comedian who was one of the first women in the field. Her brutal and bold honesty is what sets her act apart. She has been rated amongst India’s top 10 stand-up comedians by The Times of India.  For an episode of Hautesteppers 3.0, Aditi Mittal told Hauterrfly about the hardships of dating as a successful comedian, and how the profession makes them vulnerable to everyone. She also narrated incidences of men making lewd jokes that they ask her to include in her scripts.

The comedian recounts how men say horrible things to try to lower a women’s self-esteem and then. quickly add something ‘nice’ to make the woman feel validated. She also adds that successful women are intimidating to men hence creating a smaller pool for dating but, it’s time that they learn more about their self-worth. She further explained how these men try to appear more ‘masculine’ and hence, spend their lives avoiding everything that gives out even the smallest hint of ‘feminity’.

Men And Their Age-Old Conditioning

According to Aditi Mittal, this phenomenon can be attributed to the fact that men have a lesser sense of self. Since their childhood, these men are conditioned to play masculine roles and when a woman tries to play these roles or get ahead, it makes them feel threatened and hence, they tend to avoid dating these women to protect their egos.

She further, talked about how this also has to do with the definition of masculinity that has been taught to all of us. Masculinity is synonymous with being dominant and controlling. This is why men want to control and dominate to feel worthy. Being with a more successful woman makes them feel less in control which is the ultimate fear for most of them.  This has to change. Men should be raised with a stronger sense of self so that they can appreciate and admire strong women rather than feel threatened by them.

Another reason why the dating pool shrinks as women climb the success ladder is that men want to feel needed. Most men desire is to be needed, which is mostly not the case with successful and confident women. Most men find it attractive when women ask for their help or show their weakness. Historically it has been ingrained in our brains that men need to be the breadwinners, which translates to them being more successful than their female counterparts.

For successful women, it becomes difficult to find a man who does not necessarily pin his self-worth on his professional success. Most men even today, want to be the providers of the house and hence find the idea of successful women challenging to their self-worth and esteem. Some men might also hesitate because they assume that successful women might not find time for them.

This is absolutely wrong. Women like Aditi Mittal work hard every day to speak about these problems and shatter these age-old beliefs that society still holds onto. Let’s take a move and make a change. Watch the video to know all about Aditi Mittal:

Well, we’re totally loving everything Aditi has to say. And we just can’t wait to watch more of her standups and shows, in the future.