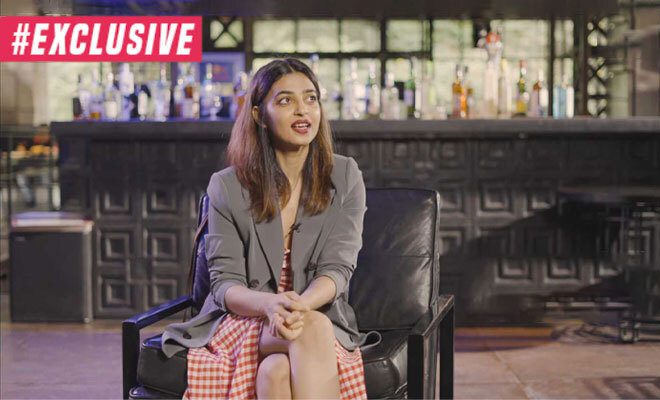 Bollywood has gotten some of the best and the most outspoken women that make our hearts swell with pride. Even with the limited resources and exposure that women have, some of these women have made their way to the top. And that’s not all, these women also set a good example in the society by speaking about important issues and women’s rights in a bid to bring change. One such outspoken and bold actress is Radhika Apte, who is known for her work in Phobia, Parched, Sacred Games, Ghoul, Lust Stories, Andhadhun and several other films and series. As the actress gears up for her upcoming release Forensic, Team Hauterrfly spoke to her. In the recent episode of Hautesteppers 3.0, Radhika Apte opened up about going nude for her role in Parched, struggling with body image issues, depression, not getting botox injections and cosmetic surgery, gender parity in B-town as well as her relationship with her husband.

In an exclusive interview with us, Radhika Apte shared that her mother always wanted her to be an actor as it was her unfulfilled dream but her father wanted her to be a Maths or Economics professor or a doctor. She shared that she always wanted to be an actor and got complete support from her mom but had clashes with her father but she held her own.

Speaking about her body image issues, the actress said that she hated her body and always felt her body wasn’t good enough and she was advised to undergo cosmetic surgeries but she wants to see her body change. “I’m never going to do any of that. It took me a while to look at my body. I would not even look at my body properly because I thought that I was so ugly,” said Radhika Apte. Talking about doing her first nude scene for Parched, the actress said that the film “liberated” her. Recalling a BTS moment from the film, Radhika shared that they had to strip and jump into the lake for a shot and in the middle of the shot they were asked to continue swimming and reach the other end of the lake. She revealed that when she got out of the lake she realised there was a ditch and she stood there and told her co-actors to come out from a different side when the cinematographer from the other side came running with a towel and told her that the shot has been cut and she was standing there completely naked and asked her to cover herself. “I remember that for the first time, I did not feel ashamed. I did not care that I was naked and I cannot tell you how liberating it was. I started accepting my body since then and I love every part of it,” said the actress.

Talking about her struggle with depression the actress shared that she never felt depressed due to her body image issues but it started when she first came to Mumbai and did not have work and she didn’t know how or where to begin. Discussing the gender parity in Bollywood, Radhika Apte said that when she started working in the industry men still had the centre stage and they had better pay, better treatment and were prioritized but things have changed over the years. She also shared that she has said no to several series, films and ads because she does not agree with the makers’ perspective despite being offered big money. She revealed that she said no to an ad campaign recently because she did not agree with the way it portrayed women’s sexuality.

Radhika Apte also spoke about her long-distance marriage with London-based musician Benedict Taylor and how she learnt to cope with it and navigate through her relationship. Watch the video to know all about Radhika Apte.

Also Read: ‘Yeh Ladki Pagal Hai’: Mrunal Thakur Told Us Why She Isn’t Married And It Has A Ranbir Kapoor Connection

Well, we’re totally loving everything Radhika has to say. And we just can’t wait to watch her upcoming web series Forensic alongside Vikrant Massey.

‘Yeh Ladki Pagal Hai’: We Got Alaya F To Let Her Hair Down In A Candid Chat That’s Nothing Like A Regular Interview!