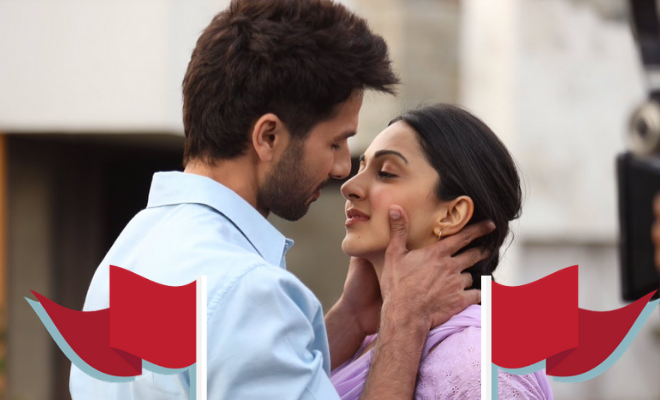 The thing about toxic relationships is that we often don’t realise we are in one until we are completely drowning. Even the person being toxic is subconsciously aware of their terrible behavior and will do just about anything to make you stay. How many times have you almost walked out on him and he just begged you to stay? So initially, he will gaslight you and make you believe how you are just plain lucky to have a boyfriend in the first place. He will make you sound undateable and how he is sticking around because he is such an angel. It’s only when you’re leaving he realises his mistakes somehow and he insists that things will be better, he will be better. Of course, he is never able to sustain it because he is essentially just fakin’ it.

There you are, stuck in an endless loop of a toxic relationship, between hope and reality. Relationships are complicated in general. When it comes to matters of the heart, it’s never black and white. To top it, there are several psychosocial elements that interfere with coming to a conclusion. We are taught that we must work through our problems for the relationship to last, that breakup is never a solution. We are taught that we must be selfless and accept our partner’s flaws. But really, when does it stop being love and turns into an abusive relationship instead?

A thread on Reddit had people discuss the red flags that suggest you’re in a toxic relationship. It’s surprising how people just unanimously agreed to all these red flags. It kinda builds a profile of an abusive partner and hopefully, it should help a woman realise she needs to walk out before things get worse.

1) Not respecting your boundaries

If he is constantly pushing your boundaries, he doesn’t care for your comfort and that is a narcissistic trait. “I would have to say if they don’t respect your boundaries or lie about little things. If they lie about little things, they’ll lie about bigger things,” a user explained. Another user pointed out it includes sexual boundaries too, “I’ve had to tell a lot of my female friends (especially) that if they aren’t respecting small sexual boundaries (ie no kissing on a first date or whatever) then they won’t respect bigger boundaries further in a relationship.” No, seriously, ladies! If he is pushy about touching you or kissing you, wouldn’t he get manipulative and throw tantrums when you refuse sex further in the relationship?

2) They have hit you, even if it’s just once

In Thappad, she realises how abusive and toxic her relationship was after her husband slapped her at a party. Yes, it was just once and that is bad enough. Don’t wait around for more. In fact, it just reveals the underlying power dynamics in your relationship and how he doesn’t respect you enough. “Once they hit you, your done. they’re going to do it again and you CANNOT let yourself go through that. I would come home with blood on my knees because of them, it’s not worth it. you deserve better. another part is when they start making fun of you in hurtful ways, you have to speak out about it and if they don’t listen. your done get out of it. it’s hard but life will be so much better (sic),” a user pointed.

When you break up with this guy, you will definitely be labelled as the villain and he the victim. People will say in hush tones that you broke up with such a wonderful boyfriend. In front of people, he showered you with attention, he was friendly to everyone and made sure he claimed to love you enough number of times. But in private, he didn’t give two hoots about your wellbeing and put you through a lot of terrible shit. You were in a toxic relationship with him and everyone else kept saying you are #couplegoals. “Being the “awesome guy” in public and then switching personas behind closed doors. When I first tried to tell people that my husband was abusive no one believed me because he was such a “great guy”, which was a completely false persona,” a user wrote.

4) Alienating you from family and friends

Have my best friends and I been really unfortunate or are these guys really common? Because I know so many people who dated men like these. My bestie’s ex had fought with her because she was spending “too much” time with me apparently. It was my birthday! He tried his best to alienate her from her people but thankfully she realised in time. Even I dated a guy like that and when he couldn’t get me to stop seeing my friends, he started joining in every single time. He threw tantrums when I planned anything with my friends instead of him, as if you are not allowed to do that in a relationship. “Mine was always that they want you to spend time with them and only them. No time for friends, ever,” a user wrote. “Trying to turn me against my family and friends to isolate me. “They don’t really care about you as much as I do”, or “___ is a liar, I don’t think you should hang out with them as much anymore”. Turns out my friends were right all along, as soon as I felt alone and had disregarded what my friends warned me about, my ex started to become very abusive and I didn’t even realize it,” another one added.

The guilt trips and fights subconsciously make several women to naturally get distanced from their people and they don’t even realise it. “The guilt trips get worse and worse. Can’t go out without needing to constantly check in and even then it’s gonna be an argument. Till eventually its not worth it to go out. Or the abuser creates wedges in your relationships by telling you lies; “they say this about you” “everybody thinks xyz” etc,” a user wrote.

ALSO READ: #Relationships: 5 Types Of Emotional Vampires And How To Deal With Them

Oh boy, they will refuse to accept their fault at all costs, unless you absolutely refuse to stay. They will make you believe it is your fault until you realise how can you be wrong all the time. “Anytime you don’t agree with them on any subject they ignore you and make it feel like it is your fault so you are always the one apologizing for everything. I did this so much and never should have. Everyone is allowed an opinion in any relationship and you don’t have to agree on everything but should be able to talk things through like mature adults,” a user wrote. “Making you feel like shit about yourself. Convincing you you’re worthless, that no-one else would want you,” a user pointed out.

Yes, toxic relationships make you lose your self-esteem and self-worth to their narcissism. It is important to walk out of such relationships and really focus on healing yourself.

ALSO READ: What Is Love Bombing? And 5 Signs He Is Using It To Manipulate You