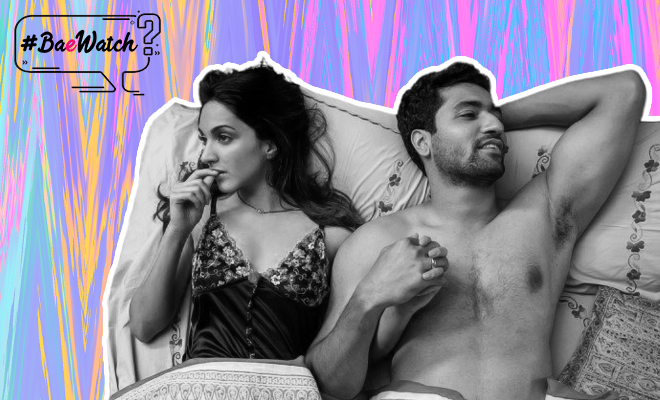 BaeWatch: “My Boyfriend Rushes Through Foreplay. It’s Killing My Libido.”

So when some men go skimping the foreplay and dive right into sex, it just puts us off the whole intimacy. And then when you tell them you want more, they act like they are doing a chore. It’s a bigger turn off to having to make someone give you pleasure. Shouldn’t it come naturally?

Unfortunately, if it doesn’t and you still want to keep the relationship, there are some things you can do before giving up. So when a woman wrote to us describing her problem around the same issue, team Hauterfly decided to help her out.

“My boyfriend rushes through foreplay and it makes me enjoy sex a little less than I should. I have told him while at it but it doesn’t make much of a difference. This is making me resent him and sex with him. Should I have an honest conversation with him? How should I do it without making him lose confidence? What should I do?”

Mansi Shah, Managing Editor: “Subtly hand your boyfriend a bunch of articles written about foreplay. You could take them right off the first link of Google because there are plenty of studies about this. Women need their foreplay. If he wants to skip it a couple of times, you guys are enjoying raw, energetic coitus and that’s the vibe, then it’s fine. It’s not okay if he’s always dismissive of it like a covidiot is with a mask. You need to tell him that foreplay is important to you- but you don’t have to be harsh about it. You could sit him down and tell him what you like during sex. You could guide him during sex and just before foreplay by saying ‘let’s do a little more of this.’ You could moan and let him know the same thing. Most of us enjoy giving our partner pleasure and if you can lead him to the sweet spots with an audiovisual presentation, he’s not going to mind at all.”

Jinal Bhatt, Associate Editor: “Behen, you’re not alone! I sometimes feel like commissioning a universal speaker that I can use to announce to all men how important foreplay is. And it’s not like they don’t know. Remember how much we valued it back when we were not ready to have sex and still wanted to explore? When it was all about “Doing everything but THAT”, guys would get super creative, but now it’s all just straight to business, no pleasure. Unfortunately, since male pleasure is all about penetration, and we’ve been raised to think it’s all we should care about, the labour required to make sex fun for women is a lesson that has never been learnt.

What you need is a nice icebreaker to the actual honest conversation of how you’re not enjoying the act. It might bruise the male ego a little, because duh fragile, but he should see sex as a two-player game. And I suppose, a gentle reminder about that thrill and excitement of foreplay from back in those days could be one way to do it.

Talk to him about how this time, the payoff in foreplay is much more because it will help build up the throes of passion like a crescendo, and the actual act of penetration would be a rousing finish that’ll leave both of you satisfied! Patience pays, so make it rain!”

Mitali Shah, Lifestyle Writer: “A lot of guys rush through foreplay and while it’s extremely annoying, it isn’t a deal-breaker. Having an honest conversation about it would really help. But remember don’t do it while you’ll are having sex because that might affect his confidence. Sit him down and just casually bring up the topic and tell him what you need him to do. If he is a FRIENDS fan make a diagram as Monica did with Chandler. He might register what you’re saying better. Don’t worry though, sex usually takes time to find its groove.”

Akanksha Narang, Features Head: “There’s a huge disparity between men’s and women’s pleasure. Men don’t need foreplay as much as we do and most of them come from penetration. However, many of us don’t orgasm from just sex and even if we did, we need a nice, long session of foreplay to be fully aroused. He is treating your sex sessions as a self-serving means of pleasure but that’s not what making love is; it is supposed to be more altruistic. So yes, you need to have that talk with him, you know the one in which you tell him what you like in bed. Maybe he’s not in tune with your desires. Doing a feedback sesh post-coitus, when you’re cuddling or at a random point in the day will help improve your sex life. Since people usually respond better to rewards than complaints, you can condition him to pleasure you. Maybe turn it into a challenge wherein if he makes you orgasm thrice, he gets 5 minutes of uninterrupted sexual pampering. Or maybe, you can have days that are solely for your pleasure and days for his. That way, he will get a thorough understanding of what you need and how. He will also learn to be a giver.

During sex too, you can tell him what you need more of. If you like breast play, let him know how good it makes you feel. When he sees that you’re moaning in pleasure because of him, he would want to feel the same feeling again. That’s what dopamine does to you!

ALSO READ: BaeWatch: “My Boyfriend Comes Before I Orgasm And It’s Annoying Me.”

If everything fails, know that lack of sexual connection is reason enough to part ways. You can choose to go to a sex therapist. You can also choose to break up. Sexual satisfaction is a need and the resent from the lack of it can affect your relationship.”

ALSO READ: Baewatch: “I Kissed Another Guy And Regretted It. Should I Tell My Boyfriend That I Cheated?”