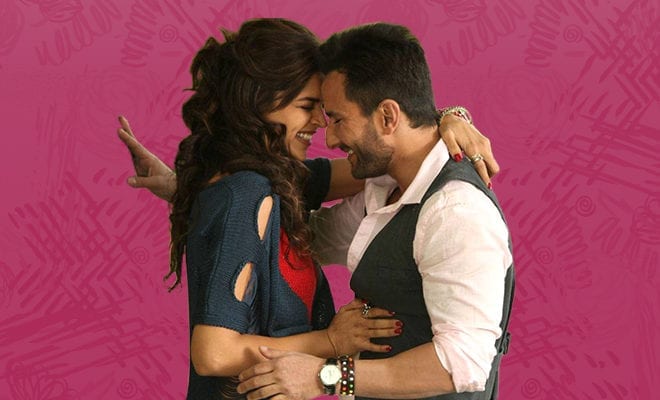 Sometimes, I wonder why and how do we fall in love with someone who doesn’t love us back. Why does that happen? How do we end up wanting someone so much and they, just don’t want us enough? I am not talking about being majorly infatuated with someone without really getting to know them. I am talking about actually spending romantic time with a person or that’s how you felt. You know when you and they went out on dates, or you have been talking day and night and there’s a spark. But turns out, you fell in love and they didn’t.

So why do they keep coming back to you? I mean, sure, you can think that’s because they have this strange, almost cosmic connection with you. You can think they love you and they don’t want to admit it. But remember how Chandler kept going back to Janice? And Janice tells him that he needs her, he wants her. Don’t be his filler romance. Be Monica to someone’s Chandler.

Here are 5 real reasons he keeps coming back to you and being in love with you is not one of them.

It’s okay to need someone when you’re bored and/or lonely. But it is incredibly important to learn to be alone. In fact, you can tell from a person’s behaviour if they are into you or they are just lonely. If they call you according to their convenience, when they have no one around or they are bored, they are just using your company. Do they go out of their way to connect with you even when they are busy? Do they prioritise your company over someone else’s? Do they care for your needs? You’ll find your answer in these questions.

Don’t you love it when someone gives you some good ol’ romantic attention? There are several people out there just fooling around, offering the bare minimum. And here you, with the purest of feelings. The way you love is special and it makes him feel so proud of himself, as if he did something to achieve it. Really, he didn’t and probably doesn’t deserve it. Let him go. Don’t give him charity validation. Find someone who can reciprocate your love.

Our hormones can get the best of us! Maybe he is attracted to you after all. You’re a stunning woman – smart, charming and giving him way more attention than he deserves. He probably likes you but if you’re looking for something solid, something that’s love and not a cheap substitute, bid him adieu!

He loves your company. He loves having someone in his life who is always there for him, treating him nicely. I bet he is so used to you that it’s hard to let go of you. In fact, it’s hard to replace you. So he keeps coming back out of habit. Attraction can be quite addictive! But that’s definitely not love.

ALSO READ: Does He Really Like You Or Is He Just Bored/Lonely During Quarantine? Take This Quiz To Find Out

Maybe all the women he finds attractive are dating someone else. Maybe they are not into him. Maybe he tried and failed. When a woman is giving him attention, he doesn’t bother about you. And when it doesn’t work out, he returns to you because you’re his backup. You’re better than that. You deserve to be someone’s love, not plan B.

ALSO READ: 5 Ways You Can Heal Yourself After Being In A Relationship With A Self-Centered Guy