‘Gullak’ Season 3 Review: Mishra Family Returns With Comfort, Catharsis, And Coming-Of-Age, And India’s Closest Answer To ‘This Is Us’ 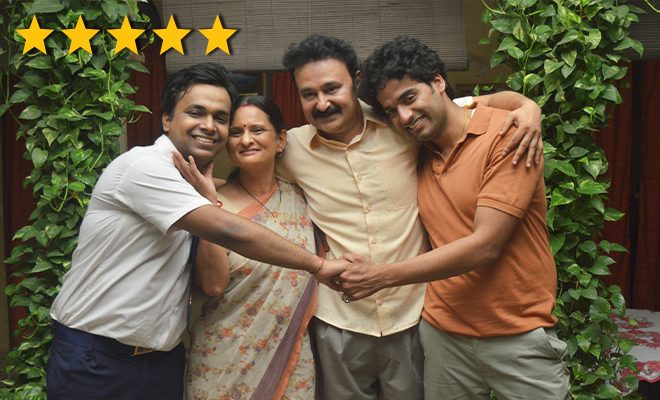 Some shows you love unconditionally and they are beyond reviews and ratings. But you need to mentally prepare yourself to watch them because they completely lay your deepest emotions bare for you, and make you remove the Dr. Fixit that you’ve been plying on your tear ducts to postpone actually dealing with your emotions. Dan Fogelman’s This Is Us is one of them. And while it might feel disrespectful to begin a review for one series by talking about another, I mean it as the highest of compliments when I say that Gullak, the TVF production that is now on SonyLIV, is one of those shows, and India’s closest answer to the emotions about familial relationships evoked by This Is Us. Gullak’s third season brings back the middle-class Mishra family—Jameel Khan (Santosh Mishra), Geetanjali Kulkarni (Shanti Mishra), Vaibhav Raj Gupta (Anand ‘Annu’ Mishra), and Harsh Mayar (Aman Mishra), along with Sunita Rajwar (Bittu Ki Mummy), Saad Bilgrami (Lucky), and Shivankit Singh Parihar as the narrator, aka the Gullak. And all of those feelings. It is created by Shreyansh Pandey and written by Durgesh Singh and directed by Palash Vaswani.

Gullak Season 2 left us on a path to new beginnings. While the elder Mishra son, Annu Bhaiyya, finally decided to ditch pandering to the local politico, Prinsu Bhaiyya, and get a proper job, the younger son, Aman, shocked everyone by becoming a class topper. For a middle-class family, a good job and a good education are paramount, and never to be taken for granted. In Gullak Season 3 then, the focus is more on the coming-of-age of the two sons, as they take on responsibilities, whether it is contributing to paying the bills while sacrificing their own dreams on how to spend their first salary or whether it is the inner battle between choosing a Science or Commerce stream to get a better paying job or choosing Arts to make themselves happy. In the background, Gullak continues to shell out non-preachy lessons on preserving relationships, the gender inequality in our society, growing up, and the conflict between morality and harsh reality.

Let me reiterate, Gullak is beyond reviews, because it touches the innermost emotions you might have about your family. I’ve watched it with my mother sitting next to me, and every time there’s been an episode that pointedly talks about how much we take mothers and their emotions for granted, I’ve felt an instant urge to just hug her tight, weep and say sorry. Gullak has healing powers, and I do not say this lightly. Because the family dynamics make you want to reach for your loved ones, apologise, make up, reassure them, and just enjoy every moment together, saving the memories in a gullak of your own. For the most part, it is the writing that makes this possible. The dialogues are shot at your hearts and minds with the precision of a superhero archer, and have more life breathed into them by this brilliant bunch of actors, who borrow their mannerisms and character quirks heavily from real people in India’s northern small towns and use their craft to make them relatable and endearing.

And this season too, the charm of Gullak endures. In fact, this season manages to fulfil my one specific misgiving about this show—What if the Mishra family had a daughter too? I love the two boys’ characters, I do. Aman, in particular, is so hilarious and incredibly well-acted, he is my second favourite character after Geetanjali Kulkarni’s Shanti. And one of my favourite things about the show is how the boys are in the course of the show, trained to do chores in the house, from making chai to serving food, to helping out their mother. But the possibilities and how that would change the dynamics of the relationships… I won’t spoil for you the manner in which this ardent wish of mine gets fulfilled, but it does, and it makes for a very beautiful episode that unleashes the feels and talks about how lonely it can get for solo-women households, how women can look out for each other, and how men can trust women’s instincts and actually listen to them instead of dismissing them.

Gullak’s USP for me has always been its focus on the nuances of middle-class Indian life that rarely get addressed on screen. An episode on the LTA (Leave Travel Allowance) of a government employee begins as a bittersweet ode to the joys of finding surprise savings that get used up on surprise expenses. But eventually morphs into a larger narrative that tackles issues of morality, corruption, and survival. It weaves well into the central coming-of-age arcs of the two young boys for this season, thrusting the otherwise lively Mishra household into troubled waters for a bit, before steering them back into steady ones. It was a particularly difficult episode for me to watch, and might be for you too, considering the past few years have been dominated by similar darknesses for many families, who’ve lost livelihoods and lives. But here’s where the comfort and catharsis take over because with Gullak, there’s an assurance that all may not be the same as before, but there’s hope that all will eventually be well. After all, hope is the oil that burns the candle lighting up middle-class family homes all through the country. And the show continues to capture this emotion with such pure authenticity that your heart melts a little more with every episode.

To me, this is both a blessing and a curse. A blessing because it stitches the wounds it opens up right away, and even applies a nice cool salve on them with its wholesome humour. But at the same time, the five-episode seasons sometimes feel too short to explore the full spectrum of emotions on the particular topic that is broached. Furthermore, its light-hearted tone restricts the show from wandering into some of the harsher realities of this life which are not so easily resolved, like in this season, when it could’ve really hit us where it hurts had they chosen a different direction. It could be that I am left wanting more catharsis and more heartwarming family time with the Mishras. And maybe the show, much like the Mishra family, keeps its ambitions at a very cautious, comfortable level, spreading its legs only as wide as their blanket is, as goes the saying. Nonetheless, it leaves me eager to see what more this show has to offer, and where it goes from here. Oh what can I say about this cast that brings me to the brink of tears and makes me beam with every episode; it’s practically like London weather on my face. I’m smiling like the sun one minute, and the next minute, there are waterworks! All the actors do a fabulous job, including Sunita Rajwar, who cracks me up! The new additions to this season, like Phurtili, match up to the main cast very well and give us yet another season of characters you can relate to and even grow with.

Everything about this show, from the lived-in home of the Mishra family, to their annoying neighbour, to the title song that begins with ‘Kabhi Akkad Thi, Kabhi Bakkad Thi…” and the other songs that feature during the credits, is like a warm hug from a loved one when you’re feeling overwhelmed. I reiterate, Gullak has healing properties, and the tearfest it brings on is like a cleansing ritual, which I only wish lasted longer than five episodes.

I had the chance to speak to the amazing cast of Gullak, and I wondered if doing the show changed them as much as watching the show changes us. It has legit resolved ongoing fights I’ve had with the fam over some trivial thing, making me realise through its Gullak metaphor that it is better to save the small notes of joy than the small coins of inconsequential squabbles in the bank. And they agreed, with me, feeling proud that the show was bringing about this change, in whatever small or big ways, by sensitising people about the things that really ought to matter, in a way that didn’t feel preachy. In Season 3, this trend continues, as they touch upon topics like daughters, government jobs, first salaries, responsibilities, gender roles, and the forever battle between Engineering and Arts.

Led by rich, authentic performances from its cast, and writing that is adept at catching the pulse of the middle-class Indian family with beautiful precision, Gullak Season 3 deserves your time and your family’s time.

From ‘Delhi Crime’ To ‘Made In Heaven,’ Make Way For The Second Season Of These Web Shows In 2022 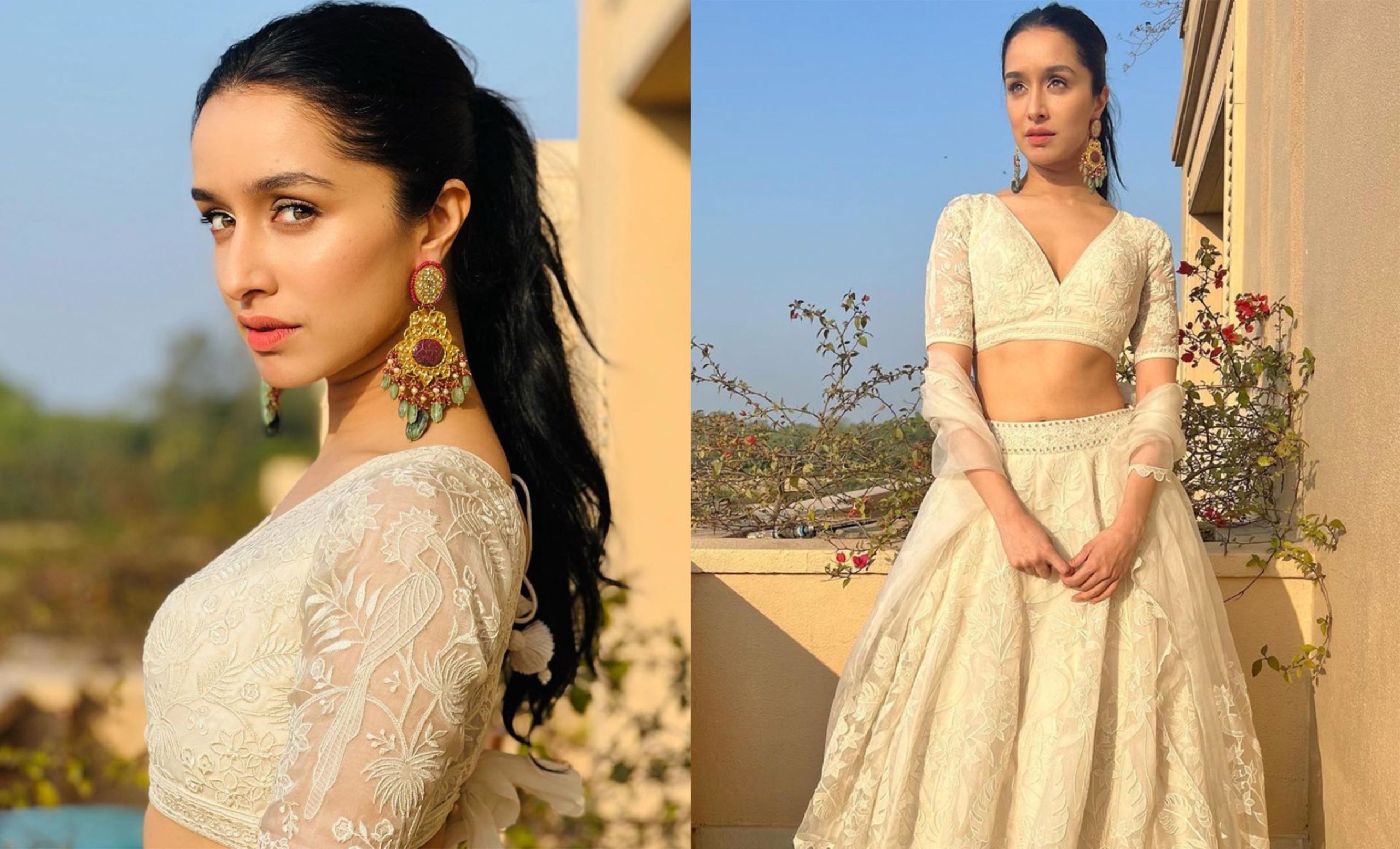 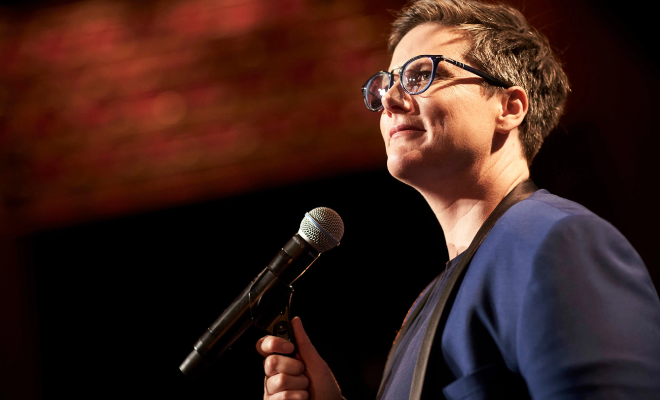 I Watched Hannah Gadsby's Nanette, And It Left Me In Tears 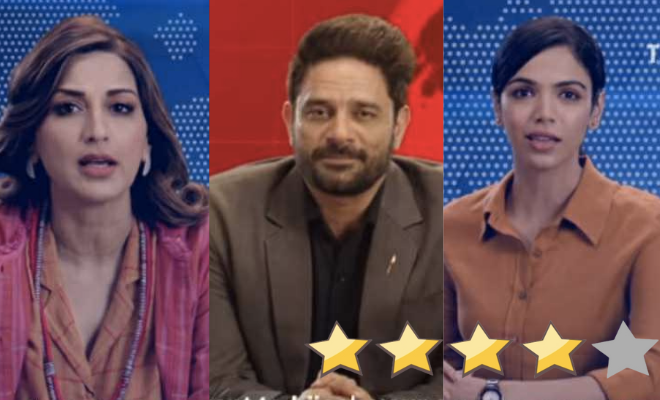 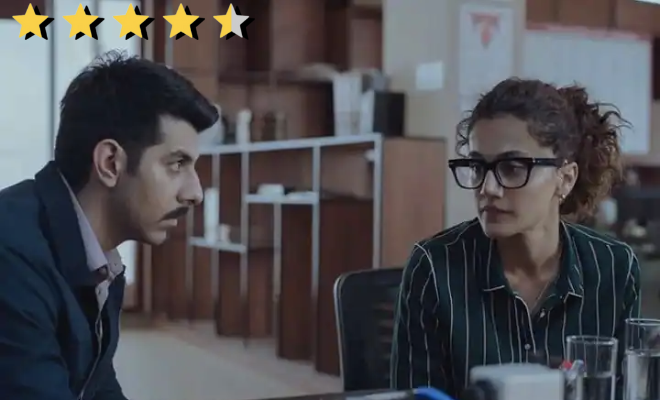 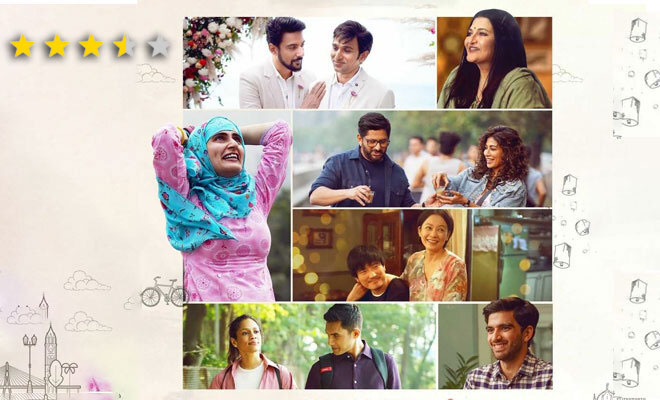 'Modern Love Mumbai' Review: A Decent Indian Adaptation That You Can Love, Despite Its Flaws 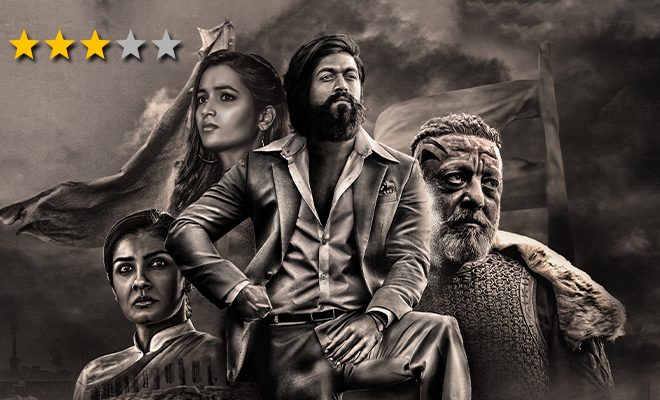 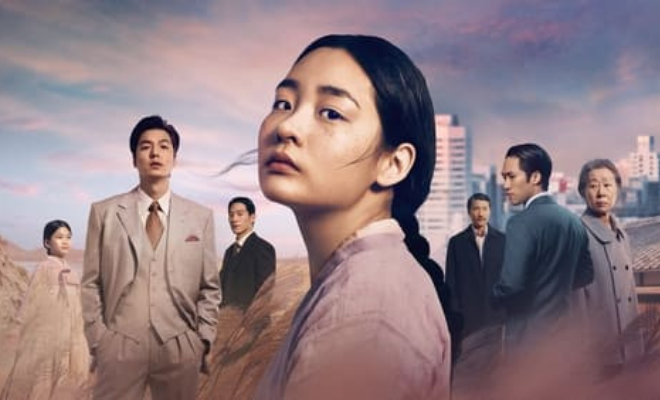 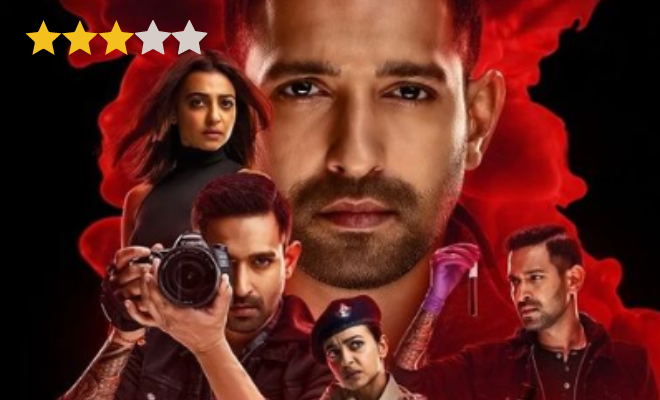 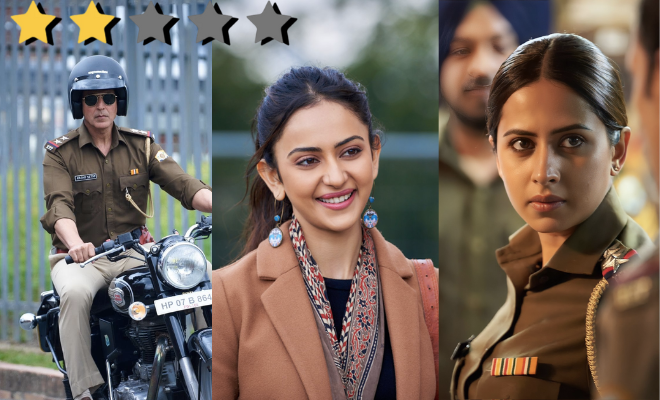 'Cuttputlli' Review: This Nail-Biting Thriller With A Flat Ending Reeks Of Misogyny 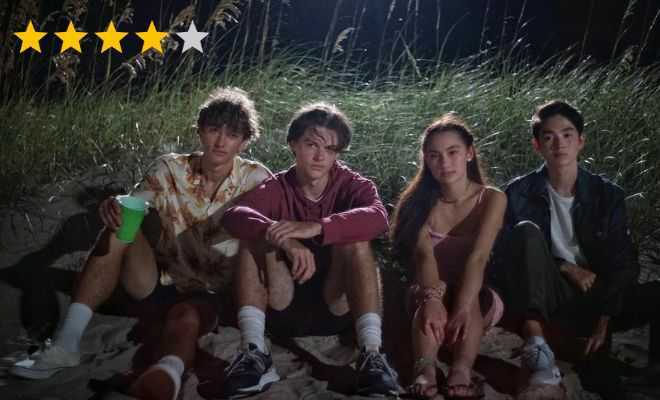 'The Summer I Turned Pretty' Review: The Coming-Of-Age Story Is Full Of Love, Heartbreaks, Female Friendships, And Hot Men. Lola Tung Is The Perfect Belly 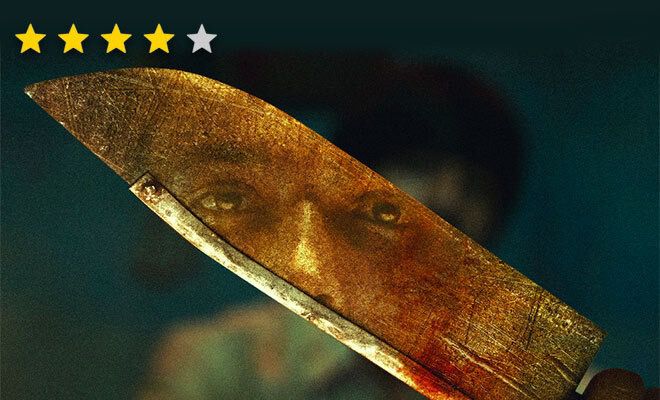 ‘Indian Predator: The Butcher Of Delhi’ Review: A Well-Developed Recreation Of The Horrific Crimes Of Chandrakant Jha 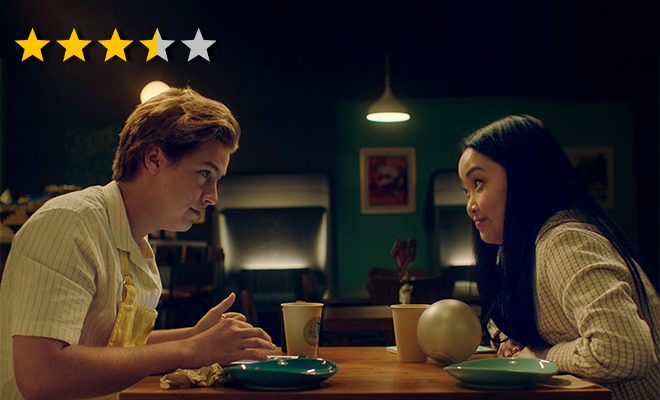 Moonshot Review: The Makers Forgot To Add The Romance Bit In This Rom-Com Film. It Was Cole Who Kept The Whole Plot Afloat! 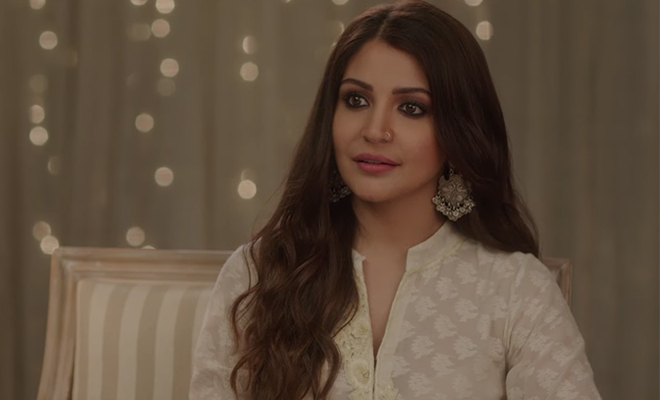