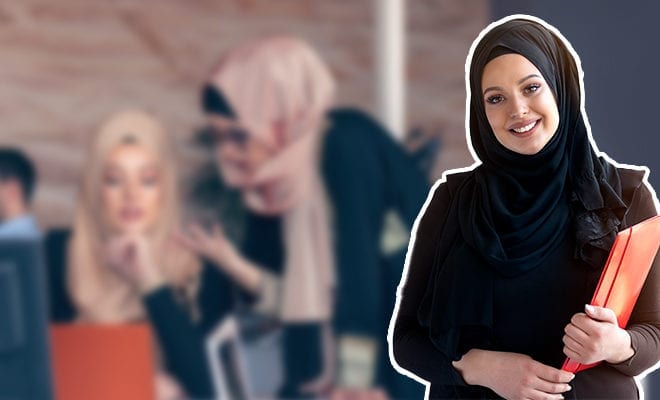 Systematic discrimination, violation of human rights, domestic violence, patriarchy and a lot more. These are just a few reasons why women in Saudi Arabia have always felt bound, neglected and lesser than, because over the many decades, that is exactly how they were treated – with no respect but innumerable restrictions. However, where once the future of women was as bleak as it could be, things seem to be changing now and for the better. And more so as they get more jobs and employment opportunities.

A change that even though did not come overnight with a swish of a magic wand, but with the rule of Crown Prince Mohammed bin Salman, has finally begun to take its shape, as we see women beginning to claim a place for themselves in the Saudi Arabia. Today, women are finally getting more jobs and employment opportunities than their male counterparts and it seems like change might be just round the corner.

Setting new standards, breaking out of age old customs and traditions that confined them within the four walls of their houses at the behest of their male guardians, women are rewriting history in Saudi as more and more economic reforms take place, making space for women to up and grab a seat with the men as they find themselves becoming the breadwinners of the households.

Also Read : Women In Saudi Arabia Allowed To Take Up Arms And Join The Military. This Is A Landmark Move For Saudi Women!

Women Are Getting More Jobs Than Ever in Changing Saudi Arabia https://t.co/9OR8vinlv6 pic.twitter.com/WyCelyJsM7

While the change, as every other, is being met with its share of resistance from the orthodox section of the society, the state continues to acknowledge female liberation especially with the growing pressures from foreign governments and human and women rights activists across the world. But at least jobs have women stepping out and gaining economic freedom.

The Ministry of Human Resources and Social Development recently observed, “The government’s strong commitment to Saudi female empowerment has been the main driver,” as they spoke about the 14% increase of women in the workforce in the recent years. From women now being encouraged to take up jobs as waitresses, cashiers, and police officers and more, their dress code is also now seemingly getting a little relaxed as the state progresses.

Crown Prince who is urging this shift in the narrative, spoke about its importance a couple of years ago as he had mentioned in an interview that, “Women are half of this society, and we want it to be a productive half,” laying down the roots of his Vision 2030 plan that would be impossible without kingdom’s educated women taking a part in the workforce.

And one such woman who has felt empowered with this change in Saudi Arabia, is Ahlam Eisa, a 32-year-old mother to 4 children who now works in Riyadh at a women’s clothing shop and also drives for Uber Technologies. It was after her divorce she says, that she realised she could work. “I didn’t know what the world outside was,” said Eisa. “I was in a bubble.”

Today as she works, drives a car and lives a life that she has built for herself, she says, “I realized that with or without a man, I’m making my life beautiful. Everything in this era is available for women.” Isn’t that a wonderful thought to prosper? Slowly yet steadily, the life of women in Saudi Arabia is changing and that is but a hopeful reality to live in.