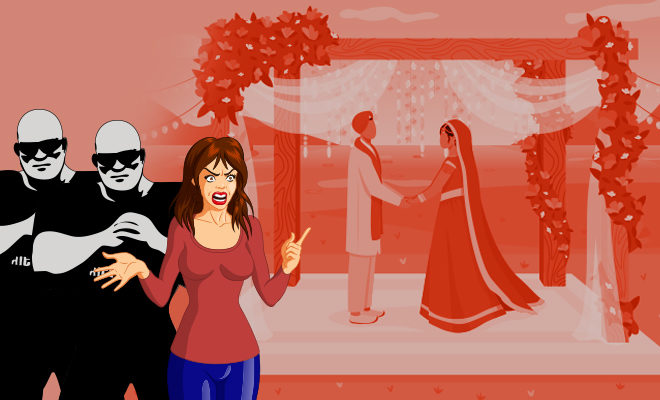 Woman Makes Video, Sends It To Her Friends To Stop Her Marriage To Maternal Uncle

According to the norms of society, when a woman becomes 21 years old or more, the time has come for her to get married off. And I say this with experience. After finishing off college and getting a stable job, the next thing on my mom’s to-do list is to get me married. Having said that, unlike most women out there, I have a say if and when I want to get married. There are women out there who are not only forced to get married but also forced to marry the person their parents select for them. Marriage is not just between two families – it is between two people who mutually decide to spend the rest of their lives together. And that is a choice that both people should get to make. But that is not always the case. Take the instance of this Chennai woman who stopped her marriage an hour before the ritual was scheduled because she did not want to marry her maternal uncle.

Recently, in Puzhal, a 22-year-old woman, Janathulla Firdose, stopped her own marriage an hour before, after which the police intervened and stopped the marriage for good. The police received a video from the bride’s friends.

The video was made viral by the woman herself on Saturday. In the video, she expresses her unhappiness regarding her marriage to her maternal uncle. She revealed that even though she had tried to convince her family she did not want to get married, they did not listen or accept her reasons and forced her to accept the marriage proposal.

According to the police, the woman also revealed that the groom – her maternal uncle – was in touch with several other women and if she went ahead with the marriage then her life would be ruined forever. She also emotionally threatened to take her own life if the marriage would take place.

After recording the video, she sent it to her friends and asked them to send it to the police. The to-be bride also contacted and lodged a complaint with the Puzhal All Women police station against her own parents and the groom’s side. She ensured that the video reached the police before the marriage was supposed to take place so that she could get out of it.

When the police reached her house, they spoke to her parents and encouraged them to stop the marriage immediately. This decision created quite a stir amongst the relatives who were present as this took place 1 hour before the girl was supposed to get married.

The Puzhal police also calmingly spoke to the bride’s parents and asked them not to force her to accept the marriage. They also took the bride to the police station for a written statement regarding the entire case.

In fact, a team of Puzhal All Women police officers also asked the bride to get in touch with them again if she faces any other problems regarding the marriage and or the case. They also counseled her to not resort to such threatening steps – as taking her own life – when faced with any difficult situation in life.

Honestly, it takes a whole lot of courage to stand up against your own parents and family. But sometimes it becomes the need of the hour. Getting married should be a choice and not a compulsion. And choosing who the woman wants to marry is her own decision and should not be forced to marry someone she is uncomfortable with. Forcing a woman to go ahead with an unhappy marriage is the perfect recipe for ensuring that both partners remain miserable for their entire life.