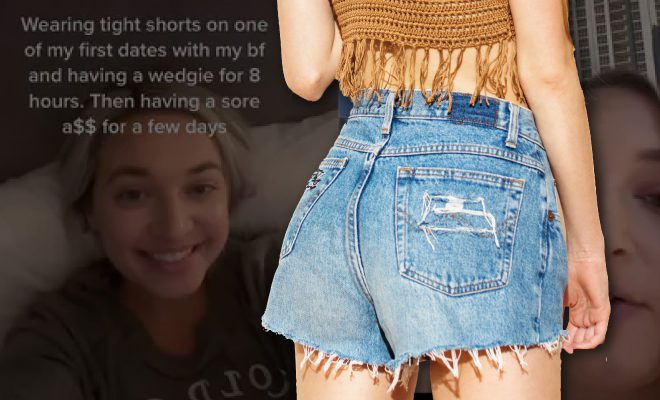 Woman In The US Got Sepsis After Wearing High-Waisted Shorts All Day. Yikes!

POV: you’re getting ready to meet a guy that you just started seeing. You’re going to want to make an impression and the first step to that is wearing the best outfit you own. But what happens when the outfit you’re wearing for hours on end starts getting uncomfortable? And instead of changing it, you just ignore the discomfort it causes? Well, then you end up like this woman from the US who got sepsis after she wore high-waisted shorts all day even after it gave her a wedgie.

A woman named Sam from North Carolina, United States wore high-waisted shorts on a date with her new boyfriend for eight hours straight and later got cellulitis as well as sepsis. The shorts gave her a wedgie and she realized that she was extremely uncomfortable in it, yet chose to ignore it as she was enjoying her time. 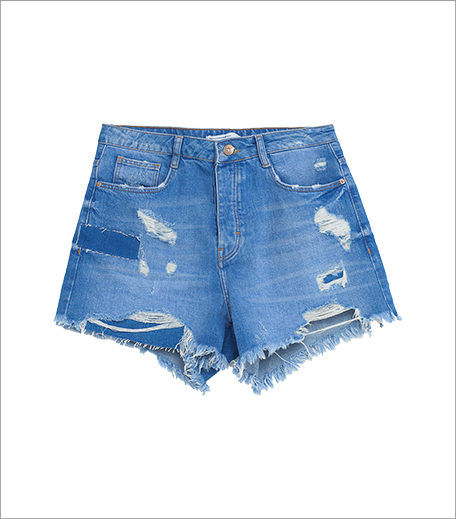 The next day, she experienced soreness and wasn’t feeling too well and at night she noticed a large bump where the chafing had occurred. And with the passing of time, the bump became more and more painful as the pain was isolated to a single spot. After experiencing the throbbing pain, Sam went to visit the doctor who gave her some antibiotics after she was diagnosed with sepsis and cellulitis.

But she was a bit too late, and in the morning Sam was rushed to the ER with symptoms of shivering, breathlessness, body aches, and inability to walk. The doctors admitted her to the ICU and confirmed her diagnosis to be sepsis and cellulitis. They were thinking about whether she needed debridement surgery to remove the infected area of her backside while she was in the ICU.

Fortunately, after staying in the ICU for over four days, Sam recovered and didn’t need any surgery. She spent another three days in the ER to fully recover and was advised to rest at home for a month.

Speaking to Buzzfeed, Sam said, “Unfortunately, the cellulitis came back a month later, and I had to go back to the ER only for a day, where they treated me with antibiotics… Most people were shocked that this could happen, BUT I was extremely surprised at the amount of people saying the same thing happened to them too!”

Also Read: 10 Shorts That Every Girl Must Have In Her Summer Wardrobe!

When her diagnosis of cellulitis and sepsis went on social media, it went viral and a lot of people revealed how they’ve experienced it too. To all the girls out there, no matter what you wear you’re always beautiful. So, please don’t put yourself in high-waisted shorts or any other outfit that makes you uncomfortable. You never know where that might lead.