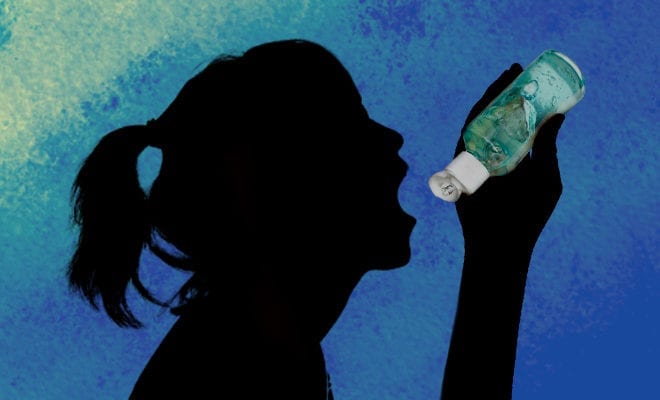 Woman In Hyderabad Drank Sanitizer After Getting Into A Fight With A Friend, Died.

Thanks to my nature of always needing to be on the good side of people, it takes very little for anyone to start making me feel anxious. Whether it is a cold and dry reply on a text chat, someone not taking my calls or those who are close to me getting into big arguments and fights, I seem to trade my sense of calm for a high degree of panic in a jiffy. And while acting that paranoid over a fight or open-ended communication is bad enough, what is worse is letting something get to you to the point that you end up hurting yourself. We are talking about the recent case that has emerged in Hyderabad, where a 20-year-old woman allegedly drank sanitiser after getting into an argument with her friend, and died.

K Pratyusha, was a resident of Dattatreyanagar and worked at a private company. She befriended a guy named Jagadeesh a couple of years ago and the two had been friends since then. However, things took a turn when three days ago the two got into an argument.

Also Read : This Man Murdered His Neighbour And Hung Her Up To Make It Look Like A Suicide After She Objected To His Pet Dog.

After a fight broke out between Pratyusha and Jagadeesh, the 20-year-old decided to consume some hand sanitiser that she could find in her place. The woman who was immediately rushed to the hospital by her family members who realised what she had consumed, died on Monday afternoon while getting treatment.

The Petbasheerabad police in Hyderabad has booked a case and investigating the matter. In the meantime, we are shocked to see that women would deem themselves and their lives so expendable, to be jeopardising it over a fight. Whatever the matter was, it is important for everyone to know that it can be resolved without having to risk your life over it.

Also Read : This Maharashtra Forest Officer Known As Lady Singham Committed Suicide After Being Sexually Harassed At Her Workplace