Why Is Men Cooking A Celebration But An Expectation From Women? 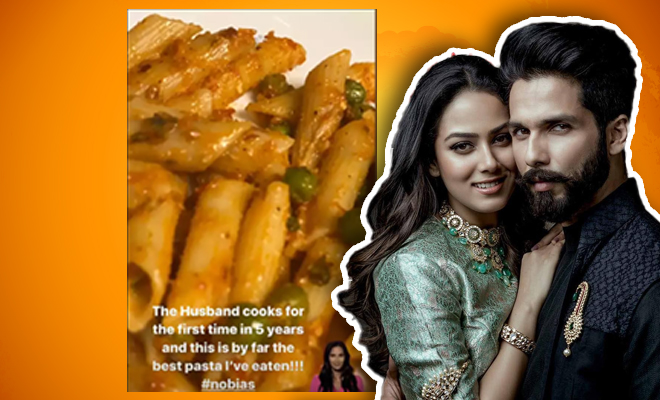 I am in my early 20s, the bit where you figure out your career, life and relationships. Too young for marriage, certainly. But that doesn’t stop nosy aunties who have been coming up to me and asking me all sorts of questions that mostly always begin with, “so, can you cook?” Well, the truth is that I actually am a decent cook but those questions define everything I stand against so I always say, “no, I’ll just hire someone”. The scandalised look on their face is so priceless, I can’t help myself.

The thing that I have never understood is why it is so automatically assumed that a girl has to cook? Society just treats it like a given. But, when a guy knows how to cook and actually helps his wife or partner out, it’s this massive thing and everyone is cheering him on. Most of the time, women are expected to be grateful if their partner helps around the house. Exactly why? Women usually move into the guy’s house in this country and he can’t take care of his own house? I don’t get it.

Just take a look at Mira Rajput’s latest Instagram story and you will have an idea of what I am talking about.

I hate to break it to you’ll, but it’s not a big deal. I mean, I don’t see the need to share a bowl of pasta all because it is made by a man when women cook like 3 course meals every day. Where is their appreciation post? Think about it, when a woman cooks, it’s her duty. Everyone just assumes that she is going to be the one to lay food on the table because well, that is what is supposed to happen, right? But when a man cooks or does any other domestic chore, it is celebrated on social media and turned into Instagram stories. And if we are talking about duties, then isn’t it his duty to help out as well? That should be a given.

Also Read: Shahid Kapoor Got Asked If He Does Household Chores In This Lockdown. Why Do They Think It’s Optional For Men?

Domestic norms are not helping anyone but our patriarchal society just doesn’t seem to let it go. Sometimes I feel like they use it to cover up their laziness. I just don’t understand why is it that when women partake in domestic chores it’s deemed her duty but when a man does them it’s something to go all gaga over?