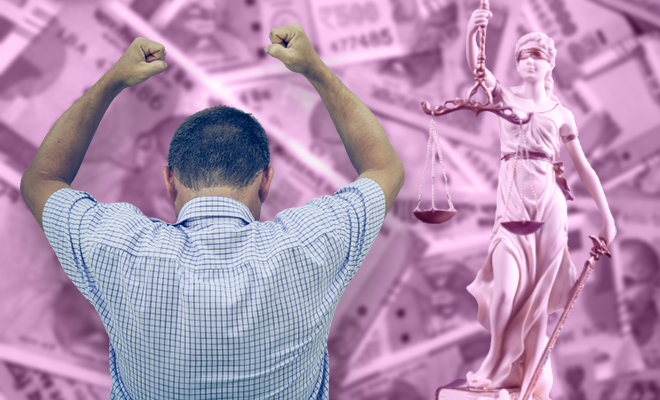 UP Woman Filed A False Complaint Against Her Neighbour For Raping Her Minor Daughter. This Ruins Things For Women Everywhere

Even if you are incredibly indifferent about the state of women in the country, you can’t deny the concept of rape in inhumane. And the fact that there is a new incident coming to light every day is alarming. Every time I read about an incident of rape, my blood boils to a point of evaporation. But do you know what is equally irking? Women who lie about being raped. Like this woman from Uttar Pradesh’s Ghaziabad did. She claimed that her neighbour raped her minor daughter. But alas, that was proven to be a lie. Lies like these do further damage to a system that is anyway barely hanging on by a thread.

In October, this woman alleged that her neighbour, Rajat, had raped her minor daughter. Based on her complaint, he was arrested under the POSCO Act and sent to jail. However, upon further investigation, it was found that the woman had orchestrated this huge lie.

A fine of Rs 20,000 was imposed on a woman for registering a false rape case against her neighbour.#Ghaziabad #Crime https://t.co/8SX93f4vlA

Also Read: This Woman Told A Huge Lie And Falsely Accused A Man Of Raping Her. This Is A Step Backwards For Women Everywhere

For lying about something as sensitive as rape, on Saturday, a special court sentenced the woman with a fine of Rs 20,000. Is she fails to pay up, she will be jailed for 15 days. Well, if you ask me, the punishment doesn’t fit the crime.

Her lie was caught when the court of special judge (POCSO Act), Mahendra Srivastava, found that the rape allegations levied on Rajat were false based on the evidence that was submitted. Talking about the case, special public prosecutor (POCSO Act) Utkarsh Vats said, “The court also ordered that 50 per cent of the fine amount would be given to Rajat.”

As I said, a fine of Rs 20,00 or jail time of 15 days is not nearly enough punishment for lying about a man raping a minor girl. Did she ever stop to consider how this would impact his life? Or the lives of all those countless women who are subjected to brutal rape? It’s lies like these that make the authorities believe the word of women lesser. It’s sickening that a woman would lie about something as inhumane as rape.

In Jharkhand, 3 Men Brutally Gangrape 50YO Woman After She Asked Them To Compensate Her For Injuring Her Goat