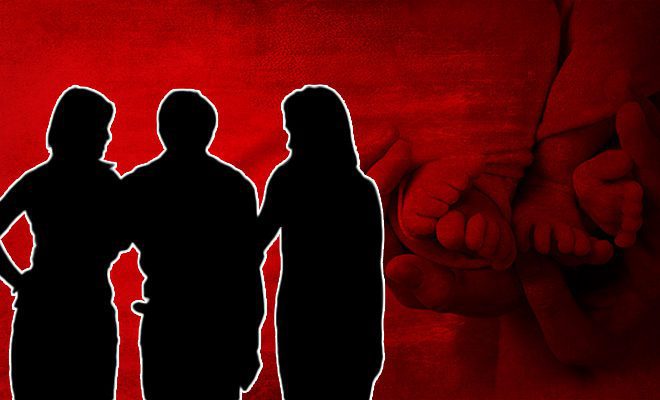 Two Women Have Affair With Same Man, Kill Newborns When He Didn’t Marry Either

Whenever we speak about mothers and or motherhood, we often speak of it in the purest relation between two beings. And for the most part of it is the truth. But then there are some instances where motherhood and or mothers take such drastic steps that this pure relation gets stained. Take the example of these two women who killed their newborns to hide their illicit affair with a married man.

Recently, two women and their lover were arrested by the police for killing two newborns to hide their illicit triangular relationship. The three culprits are Gurubari Majhi, Gayatri Nag, and Tripal Naik.

Both the women – Gayatri and Gurubari – entered into a relationship with Tripal in Goa where they were before the Covid-19 lockdown was imposed. According to the police, the other Odisha-based laborers went back to their homes, but these three stayed behind in Saper, Goa, and continued working on a construction site. That is when both these women got pregnant and since it was an illicit affair all three of them decided to kill the newborns.

It was during this period that Tripal entered into a physical relationship with Gayatri and Gurubari on the pretext that he would marry them. But he did not realize that both these women got pregnant in that course of time. In fact, in June 2021, Gurubari gave birth to a newborn baby boy, and since she was not married to Tripal, she delivered the baby at their home.

And since Tripal was not ready to take responsibility for the newborn, he with the help of Gayatri decided to kill the newborn. Both of them strangulated the newborn and buried his body behind their house. All this while, Gurubari, who knew everything, kept shut and even helped in disposing of the baby’s body.

A month later, Gayatri also gave birth to a newborn baby boy. And since it was time for them to return home and she was unmarried, they decided to kill her newborn child as well. Both Gayatri and Tripal, killed the one-day-old baby boy and buried his body behind the house as well. After a few days, Tripal revealed to both these women that he was already married and asked them to stay away from him.

After killing the two newborns, all three of them returned to Kalahandi, Odisha, where Tripal went to his native village and Gayatri and Gurubari went to Borguma. However, on the 26th of July, Tripal came to Borguma and abducted Gayatri. But her parents rescued her and reported the kidnapping to the Golamunda police.

Police then arrested the two and during interrogation, the killing of two newborns came to light. The police also took them to their house in Goa where the bodies were buried and picked up a pickaxe that was used by the trio to bury the bodies.; Postmortem was conducted on both the newborns and the police have also collected the DNA samples to prove murder. In fact, on Friday they arrested Gurubari as well for the crime they committed in Goa.

It is so shameful that these women were ready to kill their newborns to hide an illicit affair with a married man. I get to love and being in love is beautiful and all but what about your love towards your newborn? I mean what was their fault in all of this that they weren’t given an opportunity to live their lives? This horrifying incident honestly has me shook. And now I understand what people mean when they say being a mother and experiencing motherhood in its purest form is not every woman’s cup of tea.