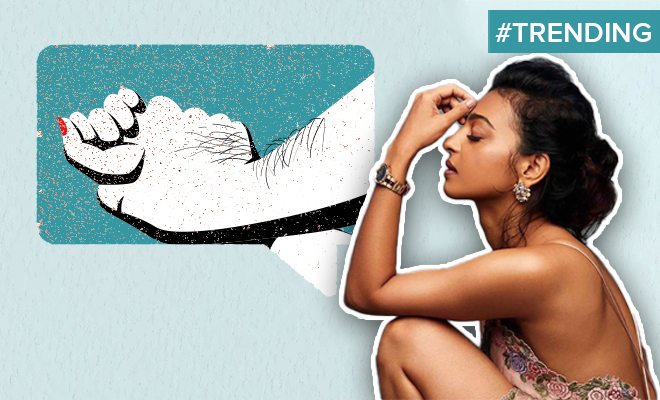 #Trending: Radhika Apte Said That She Was Told She Would Be Raped If She Moved To Mumbai And Joined The Industry.

Do you know how all children are asked what they want to be when they’re older? I would always alternate between actor, hairdresser and princess. Yes, I wanted to be a princess when I grew older and I am still waiting for that dream to pan out. Anyway, I let go of the actor/model option very fast once I grew older. People told me that I was far more likely to win the lottery than become an actor. I agreed with them because achieving stardom might seem appealing but the path to that it’s like walking on hot stones. I was warned against all those difficulties- no job security, less money, years and years of struggle and I knew that path just wasn’t for me. Although, what scared me the most is all the horror stories I had heard about the casting couch and how people, within the industry, misbehave.

However, I don’t think I was the only one who was warned against joining Bollywood. A lot of girls who share the same dream are warned about exactly the same things by their families. And even though the warnings are a  little exaggerated, we can’t deny there is some truth to it. After all, there is no smoke without fire, right?

In a recent interview with Cinema Express, actress Radhika Apte also admitted that she too was warned against moving to Mumbai from Pune to pursue her dream. She said, “They told me I would get raped. They said that’s what happens in the film industry. Everyone has horrible perceptions of what happens in the film industry, and the problem is, we talk only in extremes. Let’s understand that we are all human beings, and I am the same creature as you. Let’s look to normalise our lives.”

Also Read: #Voices: Dia Mirza And Divya Dutta Blow The Whistle On Campism In Bollywood, Say Getting Chucked Out Of Movies Was Very Unsettling.

She is right, people have a horrible perception of the workings of Bollywood. Although, our beloved industry has earned that reputation by not respecting the women at all. We have some extremely talented women working in Bollywood but every single one of them has a story that involves them being subjected to the casting couch and so much more. There is a reason that the #MeToo movement was such a rage here. This bad image that Bollywood has, they really have lived up to it.

A few months ago, at a We The Women event, Radhika had spoken about the misogynistic environment and culture that exists within the industry. She said she was left very disturbed by a few movies. She said, “I don’t think they are talking about equality on many occasions. I don’t find myself in agreement with a lot of people. It is isolating. I sometimes wonder whether I am a bitter, cynical person or am I not getting something,” Adding further, “I feel people, in the name of being ‘progressive’, write anything. Hating men is not being progressive. For example, it’s a storytelling medium, but as a director, writer, you are interpreting something. Your interpretation, perspective is the most important thing for me. I can play a male chauvinist, but as a perspective, what you show is the most important. If I disagree with the perspective and interpretation of the maker, then I don’t do the film.”

#Trending: Ayesha Jhulka Talks About Being Replaced In A Movie Without Being Given A Reason. Bollywood’s Skeletons Are Tumbling Out