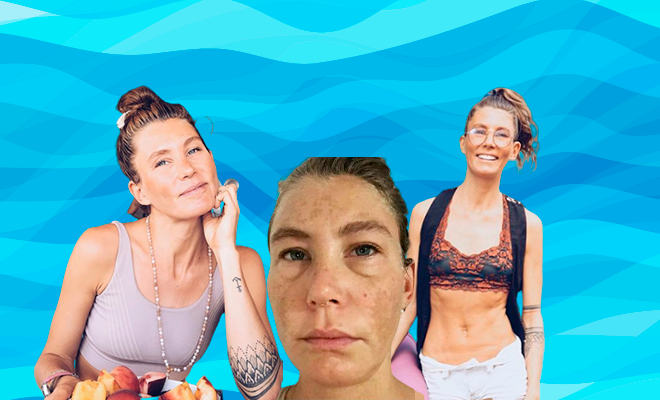 This Woman Stopped Drinking Water For A Year And Claims It Helped Her Get Healthier. Say What!?!

Whenever a celebrity is asked to reveal the secret to their beauty and health, drinking lots of water always tops the list of the things they do. And I have been following that advice quite religiously. In fact, unlike several people, I never had to struggle to keep up with my water intake goals. I love drinking water and if on a particular day I feel like I haven’t had enough, I feel really dehydrated and the effects are almost immediate. I begin to get a headache and my skin feels stretchy. Which is why, when I heard of Sophia Partik, a yoga instructor in Bali abstaining from water, I was really shocked. Yes, you read it right; the woman hasn’t had water in one year and claims to have benefitted from it.

Sophie Partik has been following what’s called ‘dry fasting’ and claims that it has cured her joint pain, puffy eyes, allergies and other health issues. The 35-year-old dry fasts for approximately 14 hours a day, which means she doesn’t consume any liquid during that time. Even otherwise she relies on what she calls ‘living water’ from fruits, vegetables and other foods high in water content for hydration. Partik also consumes coconut water throughout the day.

Apparently, she has been getting all her nutrients from this diet and has been hearty and healthy. “The doctors were telling me there is nothing wrong with me and if I’d like to get rid of the puffy eyes I could undergo surgery. A friend who had tried dry fasting suggested it and I thought I’d give it a try,” said Partik.

She says her puffiness got better just within days of dry fasting. However, she admits that it was difficult initially because we are so used to drinking water every day. “At the beginning it’s hard but then It’s very releasing, it’s the best psychotherapy, instead of eating and drinking I have so much time to focus on other things,” Partik revealed. She further added, “I feel better than ever, very energised and it’s so good for your kidneys – once they take a break for a few hours, they work much better after.”

I had never heard of anything like this before today and it’s great that this has helped her get healthier. But would I ever try it? Nope; I love water!

ALSO READ: 5 Foods That You’ve Been Told To Avoid On A Diet But Actually Could Be Healthy