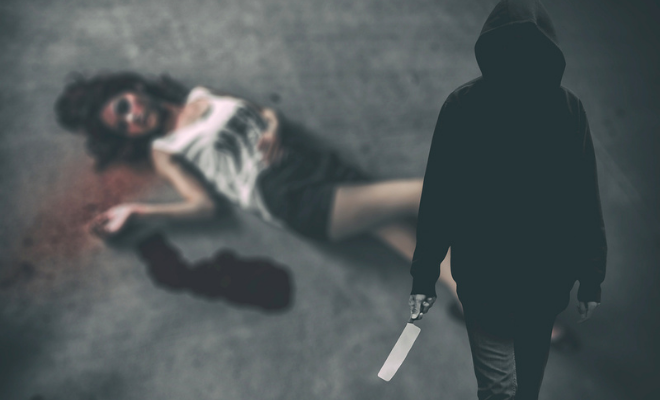 This Man Murdered This Woman Because She Refused To Have An Illicit Affair With Him. Why Can’t Men Handle Rejection?

When you do what I do, you start seeing a pattern in crimes that occur against women. Over the last few months, I have noticed that jealousy and revenge are common denominators for rapes and murders. For reasons unknown to me, these men believe that women are theirs to claim and rejection is not an option. Like this man from Tripura for instance, who murdered this woman because she refused to have an affair with him. I am so sick of watching women suffer and die, quite literally, because men can’t contain their egos.

You see, this 21-year-old man (or shall I say boy) arrested for allegedly murdering a married woman when she rejected his proposal to have an illicit affair. This is so disturbing. The accused, Herento Tripura, is the victim’s neighbour.

According to the police, the incident took place on Monday in Rashidhanpara village located at Baikhora in South district in Tripurawhen. The victim had gone to a forest near her house to collect some firewood. When she did not return for a while, her husband, Dhananjoy Tripura went looking for her but found her lifeless body instead.

The Baikhora officer-in-charge Rajib Saha said, “The deceased’s husband lodged a complaint at our police station without accusing anyone. We took a murder case and during our investigation, we arrested Herento and found few ornaments of the deceased from his possession.”

The police official also said that in his statement, Dhananjoy said that Herento asked his wife to be in an illicit relationship with him but she declined the proposal. Ever since then, he had been stalking her.

You know it’s actually no surprise that India’s crime rate against women is through the roof. The men in this country have this ridiculous notion that they are entitled to any woman they lay their eyes on. I have no words to describe the way my blood is boiling at the moment. He murdered her because she wouldn’t betray her husband by having an extramarital affair. Are men really this driven by their ego and pride? They really need to bundle up and their vanity and toxic masculinity and shove it up six ways to Sunday.