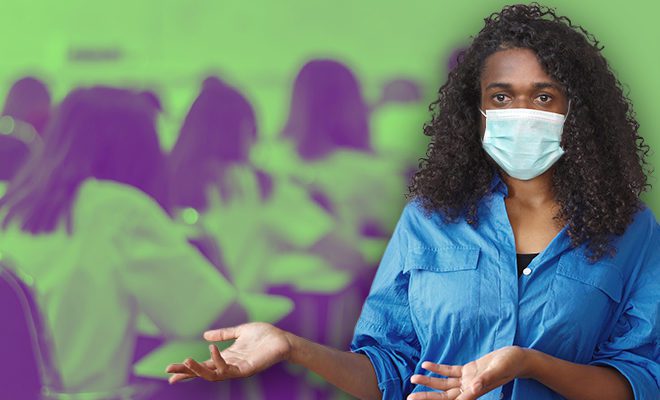 This Man Dressed Up As His Girlfriend To Appear For Her High School Examinations.

22-year-old Khadim Mboup, a student at Gaston Berger University, dressed up as his girlfriend and took her high school exams for her because she was afraid of failing. He went above and beyond for her. Khadim dressed as a woman. His look was complete with make-up, a headscarf, a bra and even earrings.

For the first three days, his strange plan worked perfectly. He snuck into the examination hall, pretended to be his girlfriend, Gangue Dioum, and wrote her exams. However, everything unravelled on the fourth day when an invigilator grew suspicious of his appearance. After this, things went awry very quickly and the police were involved.

Man dresses up as woman to appear for girlfriend’s examhttps://t.co/k1brtq2VYv

Khadim was arrested and he gave up his girlfriend. He led them to the spot where she was waiting for him. Khadim said that he agreed to do this because he loved his girlfriend. The two of them have been charged with cheating, forgery and examination fraud. According to reports, if the couple is convicted, they will be barred from any examination for the next five years. Both of them will also not be awarded their diplomas and they can also be facing serious jail time.

You know someone truly loves you when they are willing to go to jail for you. This is a bizarre story but somehow, I find it romantic that he was willing to bend the law for her.

Bizarre! In Odisha, Bride And Groom Flee Their Wedding As Cops Raid The Venue For Flouting Covid Norms

GET HAUTERFLY IN YOUR INBOX!
Related ItemsFeaturedExamsTrendingGirlfriend man dressed up as gf