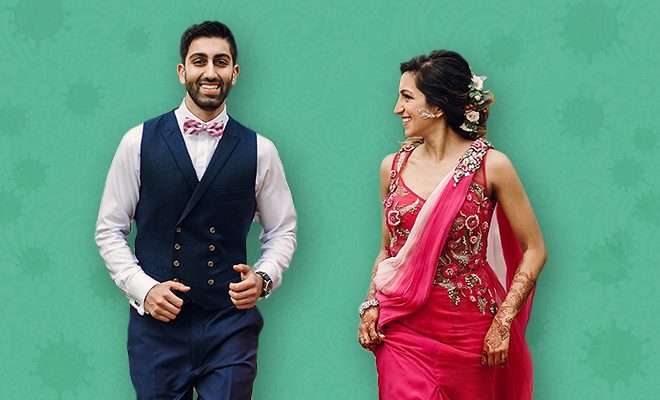 Bizarre! In Odisha, Bride And Groom Flee Their Wedding As Cops Raid The Venue For Flouting Covid Norms

While the third wave seems eminent, there are several states that are also easing restrictions. But that is not the case for all states. Some states like Odisha are still struggling with the increasing Covid-19 cases. And that has been the case, even after imposing strict rules to curb the spread of covid. And that is due to the fact that the people have been reckless and are breaking the rules, especially when it comes to a wedding.

Recently, a bride and groom in Odisha ran away from their own wedding after the police raided their wedding venue for violating the Covid-19 containment guidelines. The wedding took place at Hotel Mangala Nilayam, NH-16, in Odisha’s Balasore district.

When speaking with the police, there was a team from Soro police station that raided the venue near Chhapulia chowk. According to them, they received an anonymous tip on Sunday evening about a wedding that had more than 200 attendees – violating the Odisha government’s Covid-19 guidelines. Oh, people do anything, like this.

Madhumita Mohanty, an inspector who is working the wedding case, said that the groom was from West Bengal and was in town to marry his bride who was a local in the area. That along with the number of people attending the wedding were in violation of the Covid-19 guidelines that were set by the Odisha government.

The inspector revealed that as soon as the team of police officers arrived at the wedding venue, the bride and groom ran away from the venue. He stated. “We collected ₹3,000 from the hotel owner and ₹5,000 from the groom’s family for violation of Covid guidelines. Though the organizers had taken permission for the marriage, they were penalized for inviting more people than prescribed.”

Looking at the number of cases increasing in Odisha, the government came up with the rule that stated that not more than 25 people were allowed to attend a wedding function. To ensure that the rule was being followed, the Cuttack city police even imposed a ₹50,000 fine on wedding planners for breaking the Covid-19 guidelines.

The truth is that Covid-19 isn’t over yet but still people in the country are acting as though it is. Odisha is not the only state where the condition is grim – there are many other states as well. And with the talks about the third wave of Covid-19, we need to follow the guidelines and stay safe. I know these are tough times and it’s getting really hard to cope with it. But if we follow the rules, stay indoors, wear double masks, etc. then we can get over this sooner. And go back to normal life.