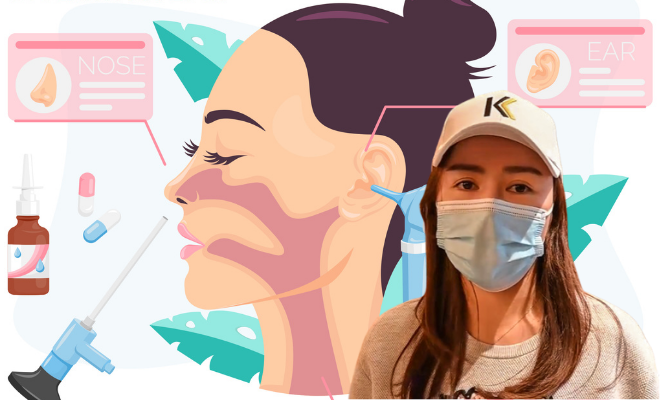 We have all heard the horror stories of cosmetic surgeries going wrong. In fact, we have also seen it on a lot of celebrities. Anyone remember Koena Mitra? What happened to her was terrible. It’s actually a huge fear of mine and also why I wouldn’t opt for any kind of cosmetic surgery. However, that doesn’t change the fact that a lot of women, around the world, do. And while that’s perfectly okay, to each its own, right? Sometimes, things can go south even without you realising. Just look at this woman from China, for instance. She went to the hospital to get a nose job and came home to find out that a part of her ear had been removed. Now, that’s equal parts bizarre and terrifying.

The woman identified as 31-year-old Zhao, from China, had a nose job surgery the Angel Wing Hospital in Chengdu on September 1. According to various reports, she had gotten a nose job five years ago and now wanted another one alone with liposuction surgery. After the surgery, Zhao said she didn’t feel anything unusual. In fact, she was happy.

However, four days after she reached home, she felt like something was different about her ear. It was then she realised that her tragus, the small pointed part on the inner side of the ear, had been removed. Yikes. Also, now all of us know what that part is called.

Soon after she came upon this shocking revelation, she contacted the hospital’s customer service team and sent them pictures of her ear. The hospital responded saying that the part of the ear was had been used for the rhinoplasty procedure. Zhao maintained that the hospital had done this without her consent and took the matter to the local news.

Also Read: Gauri Khan Reveals Her Mom ‘Remote Controls’ Mannat And Its Staff From Delhi. Umm, That Is Bizarre

A representative of the hospital said that the procedure was normal as removal of ear cartilage from the back of the auricle can cause ear atrophy. And even though Zhao claimed that she had not given any consent to the hospital to remove this part of her ear, the vice-president of the hospital’s administration, Yuan, told the media that she had indeed given consent by singing an agreement before the surgery. So wait, you lose your ear when you go in for a nose job?

Well, this is why they say always read the documents you sign!

Now, Zhao is back home waiting for her ear to heal. She says that even though her hearing is normal, she is unable to use earphones in her right ear. Not to mention, she has demanded a full refund from the hospital.

I just can’t imagine living my life without wearing earphones but that’s not the ideal takeaway from the story, is it? This entire incident is just so bizarre!

GET HAUTERFLY IN YOUR INBOX!
Related ItemsFeaturedTrendingWomannose jobsurgeryearwoman goes to get a nose job comes back without a piece of her ear