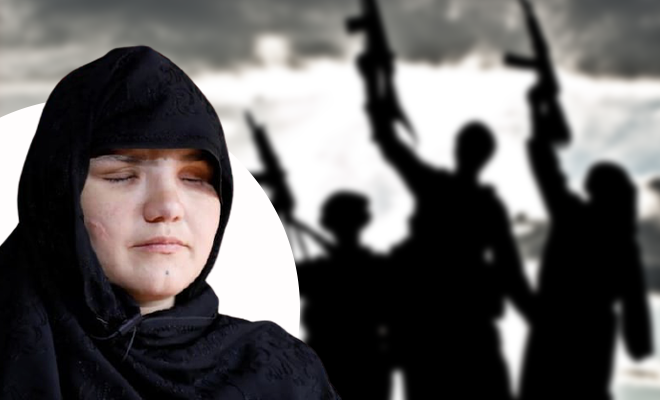 The US troops are pulling out of Afghanistan. And while that is good, it also means that the Taliban might have a free rein in the country which is scary for everyone but especially for women. For instance, recently, the Taliban announced a statement that orders all the local religious leaders to submit a list of girls above 15 and widows below 45. Yes, they are taking an inventory, much like you would do to cattle.  The list is needed so that the Taliban can get them married to their fighters and take them to Waziristan, Pakistan, where they will be converted to Islam.

The Taliban have constantly been in a war with the Afghan forces to take control of an even larger part of the country. In their letter to the religious leaders, they wrote “All imams and mullahs in captured areas should provide the Taliban with a list of girls above 15 and widows under 45 to be married to Taliban fighters.” The letter was issued by the Taliban’s Cultural Commission.

Due to the threat of the Taliban in Afghanistan, new rules and statements are issued regularly. Before this letter, the Afghan women from the northeastern province of Takhar were not allowed to step outside their homes alone and the Afghan men of that region were asked to grow their beards long. The Taliban’s enforcement of the new version of the Islamic law also let them set dowry regulations for girls in the region.

The elders in Afghanistan believe that the rules of the Taliban will take their daughters away from them, forcefully marry them, and make them their slaves. One of them, Haji Rozi Baig, said, “Since the Taliban took over, we feel depressed. At home, we can’t speak loudly, can’t listen to music, and can’t send women to the Friday market. They are asking about family members. The [Taliban] sub-commander said you should not keep girls over the age of 18; it’s sinful, they must get married.” He added, “I’m sure the next day they will come and take my 23- and 24-year-old daughters and marry them by force.”

The violence and terror of the Taliban have caused a lot of concern among countries around the world. In fact, The Association Press had reported that 140 civil society and faith leaders from Afghanistan, the US, and other countries had come together to President Joe Biden and asked him to call for a UN peacekeeping force. This force would ensure that the consequences of the United States’ withdrawal from Afghanistan would not have to be faced by the Afghan women.

The fact that no matter who is at war, it is always the women who suffer the most. The Taliban attacking the women is not because they are weak, it is because by hurting the women in society, one can ensure that you weaken the entire society. Which is exactly what the Taliban is trying to do. And this needs to stop.