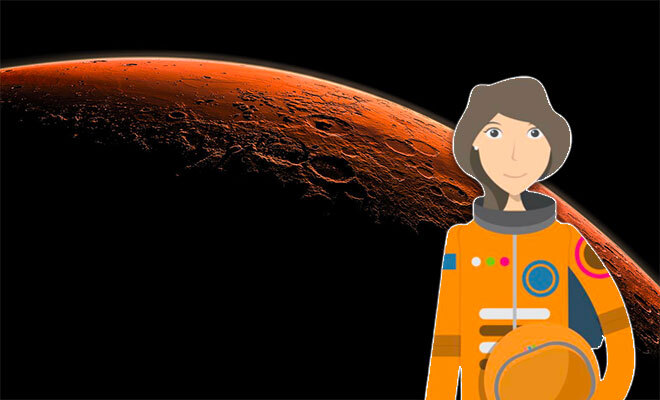 You know what ticks me off – the fact that there are men out there who are in a position of power and make decisions regarding what women can and cannot do based on what they perceive of them. Just think about this – there were women who were not allowed or not given the opportunities to go on and even lead long-term space missions because they thought that they would be incapable of doing it or did not have it in them to do that. However, it is the latest study that bursts that myth. Yep, a new study reveals that female astronauts are better much-better suited to lead long-term space missions – for instance, a trip to Mars.

A study that was published in the journal Acta Astronautica revealed that female astronauts who are leaders show more mutual support, motivation, and a positive environment for others as compared to male leaders who go for team spirit, loyalty, and achievements. However, the common thing between both genders is that they are both heavily task-oriented.

Also Read: A Study By European Space Agency Will Explore Impact Of Space Travel On Female Body. This Is Good!

The researchers in the study came to a conclusion after studying 824 commander reports on spaceflight experiences that came from the Mars Desert Research Station in Utah. The study author Professor Inga Popovaité, a sociologist at Kaunas University of Technology (KTU) in Lithuania, said that the findings of the study suggested that female astronauts are better suited for long-term space missions.

The study author said that there will be mixed-gender groups that will be sent to Mars missions after 10-20 years. She said, “While it is traditionally considered that male leaders are task-oriented and women are more sociable leaders, my research has shown that both male and female commanders were equally focused on task completion. The only difference between them was that women more frequently encouraged their team with positive supportive messages.”

There is no denying that the field is becoming more diverse, little is known about the differences between female astronauts and male astronauts in leadership roles in an isolated, confined, and extreme environments.

The findings of the study are in line with the theory that claims females are more sociable, communal leaders than men.

A Russian Actress And Director Are All Set To Film The First Movie In Space, Beating Tom Cruise To The Punch!