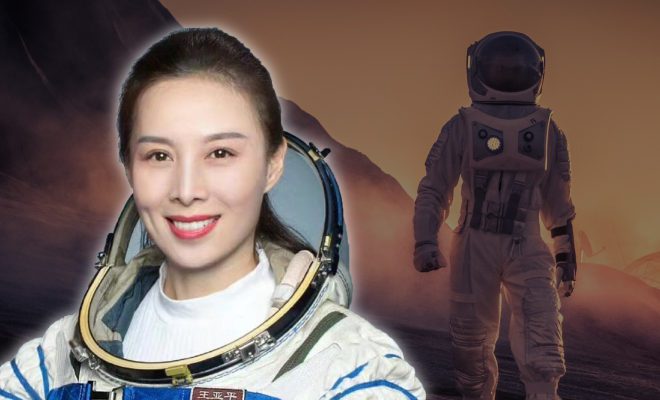 While we do have a long way to go, women are slowly but surely getting their due. Especially in fields of science where there is a history of women being underestimated and not being given credit for their work. Especially women coming from Asian heritages. We are all aware of how regressive Asian culture can be, especially against women. Amidst all that, it is refreshing to see women from these cultures come ahead and make a mark on the world. This was seen on Sunday when Chinese astronaut Wang Yaping became the first woman in China to conduct a spacewalk, in accordance with their national space agency.

Wang Yaping along with astronaut  Zhai Zhigang successfully completed the 6.5 hour spacewalk on Monday, says the China Manned Space Agency (CMSA). The third member of the 3 members on the Shenzhou-13 crew, stayed on the space station and supported the spacewalk from the core module.

After stepping out Wang Yaping waved to the audiences on earth, the video of which has gone viral on Chinese social media. Wang Yaping is China’s second woman in space right after Liu Yang who had joined Shenzhou-9 spacecraft in 2012. Wang was also given a lot of praise by the state media as the CMSA spoke about her achievement. The  Vice-Chair of Space Transportation Committee for International Astronautical Federation, Yang Yuguang, told the Global times that female spacewalkers are “an integral part of manned space” and Wang Yaping has made an impact, thanks to her “bravery.”

In an interview with CNN in 2015, Wang said, “When I looked out of the window for the first time, I realized the true meaning of the power of life… that kind of beauty was just beyond comprehension.”

Considering that since 1984, only 15 women before Wang Yaping worldwide have conducted spacewalks, this is definitely a historical moment. However, despite the achievement and praise, gendered language has been used by many news outlets while talking about Wang Yaping (seriously?). For example, Global Times said that female astronauts are at an advantage because of their, “gentle personality (that) is good for teamwork.” I cannot believe these stereotypes and gender norms are still being passively enforced upon women even in 2021. It is similar to asserting that a woman HAS TO get along with her team, regardless of any issues just because of her gender. As if it is her duty to do so.  I feel like it is high time that the use of such language is monitored and not perpetuated further, don’t you think?