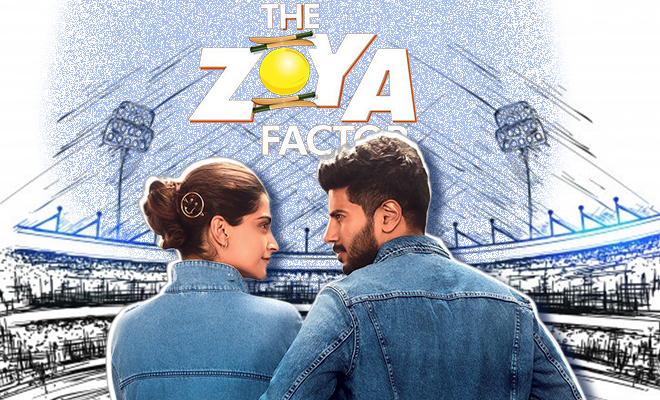 Sonam Kapoor who was last seen in the romantic-comedy film Ek Ladki Ko Dekha Toh Aisa Laga alongside Rajkumar Rao, Anil Kapoor and Juhi Chawla is all geared up for her next film, The Zoya Factor. The film is a romantic drama, which is an adaptation of the 2008 novel The Zoya Factor, written by Anuja Chauhan. Sonam Kapoor will be seen sharing the same screen with south superstar, Dulquer Salmaan. The Zoya Factor is helmed by Abhishek Sharma and produced by Pooja Shetty Deora. The story of the film revolves around Zoya Solanki, played by the gorgeous Sonam Kapoor, who turns out to be a lucky charm for the Indian team during the 2011 Cricket World Cup.

Also read: Sonam Kapoor Creates Awareness On Human Trafficking In The Country And It Couldn’t Have Come At A Better Time

It sounds interesting already and to get all the deets,  head over to Sonam’s Instagram. The actress has shared a couple of posts and small teasers, which has got us all excited. Sonam Kapoor as the lucky charm of Indian Cricket team sounds like a unique premise, one that we are looking forward to. In Sonam Kapoor’s post we see a glimpse of her donning a blue saree with white sneakers and holding a cricket bat and helmet. She wrote, “Who needs Nimbu Mirchi, when you have Zoya Solanki! India’s lucky charm is here to turn tables around for you. #TheZoyaFactor
@dqsalmaan #AbhishekSharma @pooja__shetty @aartishetty @foxstarhindi @ad_labsfilms”

Before sharing her look, Sonam Kapoor shared two more posts of the film and captioned it, “The time is set for the big reveal of India’s lucky charm! I’m feeling lucky, are you?”

Earlier Sonam Kapoor shared a motion picture of her film and wrote, “Ye lucky nahi, khud luck hai! Bringing you India’s lucky charm, shubh ghadi dekhte hi!—This is not lucky but luck itself is here! All will be revealed tomorrow! Get ready to meet India’s lucky charm!”

On working with Dulquer Salmaan, Sonam Kapoor said that she finds her costar really cute and a fabulous actor. Sonam also revealed that she loved Dulquer’s performance in his south film, Ok Kanmani. In the film, Sonam ends up falling for the captain of the team. The Zoya Factor is slated to release on September 20, 2019.

Sanya Malhotra Says A Good Film Has Talent, The Right Story And The Right Director. We Would Have To Agree!