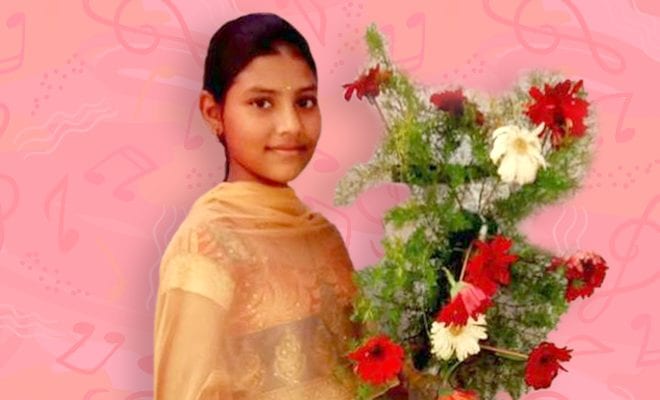 I’m a bathroom singer, for those who don’t know. And that’s a good thing because trust me when I say that I’m awful at singing. This is why, when I hear others sing, it makes me happy and a bit envious at the same time. Unlike me, some people are born with singing talent and nurture it over the years to get better at it. Back in the day, there were not many opportunities for a person to showcase their talent, but thanks to social media anyone can showcase their talent. Take the instance of this tribal girl that went viral for her singing talent.

Recently, a 14-year-old Maloth Karthika who belongs to a tribal family went viral for her talent for singing. The talented, ninth-grade girl is a student of the Palvancha-based Ekalavya model residential school.

The video of Maloth Karthika singing a song that highlighted the glorious Telugu literary heritage was recorded by her school’s music teacher. The music teacher recognized her talent and posted a video of her singing on Instagram, which later on went viral and the girl became a singing sensation overnight.

The 14-year-old received a lot of appreciation from music aficionados worldwide. And that was because of the way she sang – there was so much ease in her singing and that too without any formal teaching in classical music. In fact, sources also revealed that Maloth Karthika even got offers to sing on music shows. She also received recognition from the authorities of the Telangana Tribal Welfare Residential Educational Institutions Society (TTWREIS).

When speaking to the talent box Maloth Karthika, who belongs to Bhagya Nagar Tanda in Karepalli Mandal, said, “I never thought I would get so much popularity for my singing… TTWREIS secretary R.S. Praveen Kumar, Ekalavya school music teacher Mr. Ramesh, and Veerababu of Palvancha, among others, encouraged me and nurtured my flair for singing.”

The fact that this young girl can showcase her talent through social media is proof that somethings are still democratic. Social media, if used the right way, can prove to be so beneficial – especially for those who do not have any connection with a high-profile person and are looking to make a name for themselves and showcase their talent.