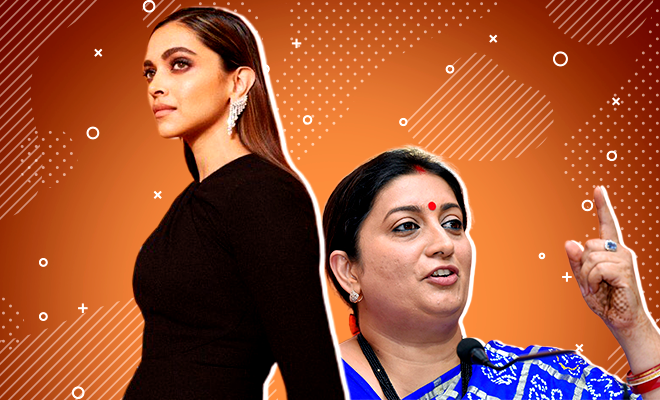 There’s a general sense of weariness in the air right now. Every time that I leave my home, there is hint of hesitation apparent on my parent’s faces. And it doesn’t take much to figure that the hesitation is a reminder – a reminder that I need to be careful in my line of work. You see, as a writer, it becomes my job to write about the current affairs on the daily and I would be lying if I said that it hasn’t majorly just been about the politics. But considering how strongly people feel about it and how intolerant people are becoming, talking about things can put you directly in the line of fire. And we say that after seeing the kind of reaction the Chhapaak actress Deepika Padukone has received after turning up at JNU to silently protest against the violence.

Also Read : Deepika Padukone Turned Up At The JNU Protests. Here’s Why We Think It Wasn’t To Garner Publicity For Chhapaak

A move that hasn’t just made her the dinner table conversation of every household but also left the people of the nation divided. For half of them praise her for being considerate and brave while the other half accuse her of being anti-nationalist. Deepika Padukone turned up at the JNU grounds to stand with the students to protest against the gruesome mob attacks that had happened just a day prior and she stood there silently without any sloganeering or rousing shouts.

But even just by turning up, her mere presence has shaken everyone up. For the recent one going after the actress is none other than the Union Minister Smriti Irani, who is the latest BJP leader trying to take down Deepika Padukone by making absurd comments about the intentions of the actress. Smriti, in an event organised in Chennai by The New Indian Express, publicly took digs at the Chhapaak actress by saying, “I think that anybody who has read the news knew where you are going to stand… knew that you are standing with people who celebrate every time a CRPF jawan is killed.”

Continuing further, Irani claimed, “I would rather know what her (Deepika Padukone’s) political affiliation is than not know… I can’t deny her that right that she will stand next to people who will beat up other girls who don’t see eye-to-eye ideologically in private parts. That’s her freedom.” We don’t understand how women’s private parts came into the picture. What did we miss?

Smriti Irani, in a move to try and discredit Deepika’s went to the lengths of equating Deepika’s silent support against violence to an being an anti-nationalist and anti-feminist. Twisting and turning the facts to play the cards right, is an often used tactic by politicians and this seems exactly like that. Mind you, Smriti is the same woman who was deafeningly silent on the rapes by Sengar, an ex BJP politician.

We can’t turn a blind eye to the fact that Deepika’s silent turn up was in fact reflective of the fact that she was standing against the violence. But considering, politics often asks that you do anything it takes to bring your opponent down, seems like people will go to any length to criticise her. Claiming on national television that Deepika Padukome was in fact pro-congress, is not just wrong, it’s kind of crazy.

The actress is yet to make a statement about it. Meanwhile, Smriti Irani herself is facing a lot of backlash on social media by being called out for never speaking up about the cause of women’s safety ever before. Seems like this is a case of the pot is calling the kettle black here.

Also Read : Swara Bhasker, Bhumi Pednekar And Others Applaud Deepika Padukone For Turning Up At The JNU Protests. You Go Girl